There was the differing stories of two debutants. Devon Conway is the real deal. That was a seriously impressive debut. England chose just about their best attack and the bowlers still couldn’t get him out in the first innings.

I had doubts about whether he could transition to Test cricket, but anyone who can bat through 122 overs, offer no chances and still strike at more than 57 runs per hundred balls is clearly Test quality – and all this as an opener.

On the other hand, James Bracey will have precious few happy memories. A six-ball duck in England’s first innings and a really tough time with the gloves suggests he might have to wait quite a while for Test cap number two.

Spare a thought for Tim Southee. All the accolades have been heaped on Conway, yet Southee bowled 25 overs in England’s first innings and returned 6-43, then bowled another 17 overs in the second innings. He’s an outstanding bowler if the ball’s doing a bit and never stops trying.

New Zealand showed Australia how to bat, keeping the England attack in the field for 122 overs in the first innings. That is exactly what Australia needs to do for each and every Test of the Ashes series. The Black Caps also batted with purpose, not getting bogged down.

Even with a bowling rotation policy in place, the England quicks will tire if they have to bowl so many overs across a five-Test series, where there’s little recovery time between games.

Henry Nicholls’ innings cannot be underestimated. At 3-114 when Nicholls came into bat, another quick wicket and England could have easily fired out the Black Caps for under 200. Nicholls provided excellent support to Conway and their partnership effectively took the game away from Joe Root’s men.

A lack of a quality spinner hurt New Zealand. The Black Caps need to find a quality fourth bowling option. Obviously if Trent Boult is fit, he’s the answer, but sooner rather than later they need to develop a quality spinner. 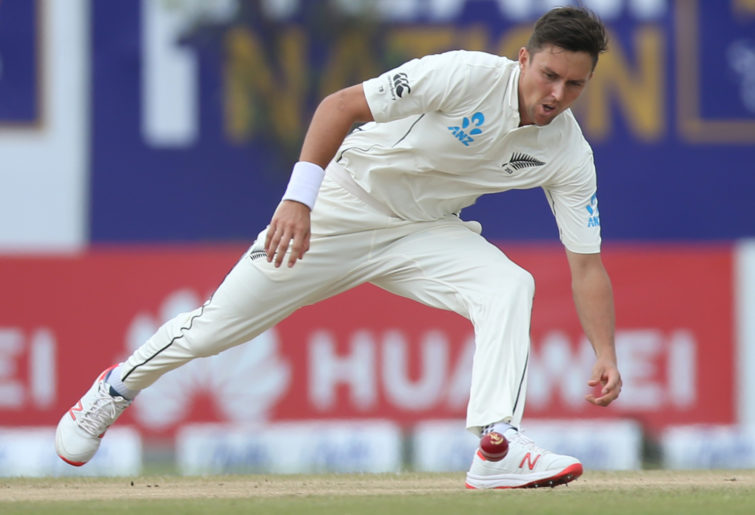 At 6-140 in England’s first innings and a ball that was 56 overs old, Kane Williamson would have loved to have had Ravi Ashwin, Ravindra Jadeja or Nathan Lyon in his team. That he had to rely on Mitchell Santner and his quicks to run through the lower order was asking too much on that pitch.

England’s ground fielding is still ordinary. I’ve been hearing all these great reports about the improvement in the England side and it’s fair to say, those stories are pretty right, in all areas except ground fielding.

The England fieldsmen looked really tired in the last session on Day 1 and the fielding was scrappy. They still seem to enjoy the dive over – the ball runs along the ground and the fielder does a spectacular dive over it.

They can expect more long days in the field over the coming months with their Test schedule and this is one area where they really need to lift.

Ollie Robinson in Australia? Robinson had an excellent game, with match figures of 7-101. He backed that up with a very good 42, which came at a critical time in the game. England were 6-140 when he came in to bat. While watching him, I was trying to work out whether his style of bowling would translate to Australian conditions?

He’s far from quick, only bowling around the 128-133 kilometre per hour mark and he seems to rely on accuracy and a little bit of movement for his wickets.

Robinson is a very good county bowler and his efforts in this Test make him a strong Test bowler in English conditions. Could he go well in Australia? Plenty of bowlers of his type have come to Australia and failed. Maybe he’s the exception.

Australia, take note of the sportsmanship. Apart from the obvious respect between the teams, there were two incidents in this game that made me smile.

The first was when Joe Root edged a delivery to Ross Taylor at first slip, who took the catch very close to the ground but immediately signalled it should be checked.

The second piece of play involved Henry Nicholls, who attempted a reverse sweep, was hit on the gloves and caught by Rory Burns. Nicholls didn’t bother waiting for the umpire and simply walked off.

Finally, I’d hate to be a driver in England. I was watching Jimmy Anderson bowl in the first innings and was noting the speeds of his deliveries.

According to the speed camera, he bowled one ball at 88.3 miles per hour or 142.10 kilometres per hour. I’m not sure I remember when Anderson last bowled that quickly. It’s certainly a lot of years ago.

If I was a driver in the UK, I’d be asking if the police are using the same equipment to measure speeds as they have at Lord’s. If so, I’d be asking for it to be checked before paying any speeding fines.