There’s not even one team that is trying to win their second title of the era. Not one. The last title by the remaining teams came in 1983 with Moses Malone and the 76ers.

Fun fact, they lost in the first round the next year – just like LeBron and the Lakers.

The player mobility era has ushered in new rules in how a team wins a championship year after year. This is now the new pamphlet for winning NBA titles:

Rule 1: There are now going to be two or three teams with two or three superstars. I’m talking about ‘MVP candidate’ superstars and I’m afraid this is irreversible.

Rule 2: These superstar-led teams are going to also attract very valuable role players. Of course it always helps if the city is nice.

Rule 3: For teams that are maybe not ‘free agency targets’ or just been run like an out of control 12 year old has been behind the wheel for one too many seasons, their only bet is to try and draft a generational talent.

Rule 4: If a team somehow happens to find their franchise guy, pay him whatever he wants! If by a miracle they stay, then do your best to build a team that maximises their strengths and hides his weaknesses. That sounds obvious I know… but sometimes I think team owners skip that part when reading.

‘But what does this have to do with Luka Doncic who just lost in the first round?’ you may ask. 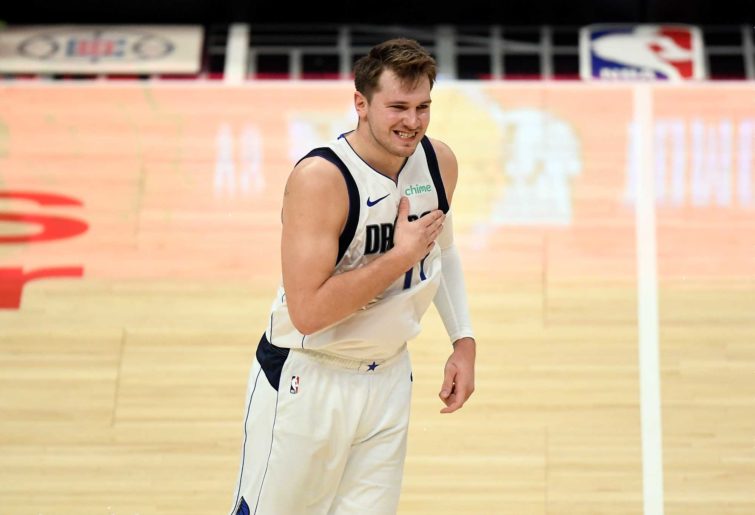 Well it’s clear what team the Mavericks are in that rule book and what team the Clippers are. But while the Mavericks tried to build a team that suits Luka’s needs, no one would predict that Kristaps Porzingis would turn into an injury prone Shawn Bradley.

Even when he was on the court, standing at 7’3 with the Clippers’ centre Serge Ibaka being injured, he refused to set up in the paint.

He shot 23 shots from the top of the three point line going 26 per cent while taking 18 shots under the basket for 78 per cent. Does this make sense to anyone else?

Tim Hardaway Jr, clearly the best acquisition in the 2019 Knicks trade, was the Mavericks’ second best player. Nothing against him, but he was their second best player! Who would even win third? Dorian Finney Smith? Boban Marjonovich?

For the Clippers they had Kawhi Leonard, Paul George, Marcus Morris, Reggie Jackson. You can almost feel the difference when saying their names.

Luka had nothing else he could do in what is a team game. He forced a game 7, where Clippers’ Terrance Mann and Luke Kennard got hot. But he still put up 46 points and 14 assists in a record setting 77 points generated for a game series finale. But you don’t have to win a championship to be the best player in the world.

Ask Michael Jordan in 1990 who lost to the championship Pistons in game 7 of the Eastern Conference Finals. If the Clippers soldier on and make the finals, this is the same defeat.

Also like Luka, Jordan’s teammates were garbage. A young Scottie Pippen had only two points after suffering a migraine. Horace Grant would be MJ’s only teammate to score double digits with a whopping 10 points.

The point is, you might need to win a championship to be crowned the best player but you don’t need the ring to know who is the best player, especially when they carry it over into the postseason like Luka has consistently done.

So like from the brutal George Mikan to the elegant Bill Russell, from the monotoned Lew Alcindor to the must watch Larry Bird/ Magic Johnson, from the maniacal Michael Jordan to the practical Tim Duncan and then finally to the unstoppable LeBron James.

A new era is starting and Luka Doncic now holds the torch.