When I recall some of the great Australian Opals teams and players of the past, I immediately think of the bodysuit.
Lauren Jackson wore the bodysuit.

So did Michelle Timms.

And now, so will the 12 women selected to represent the Australian Opals in Tokyo next month.

This current Opals group including the likes of Jenna O’Hea, Cayla George, Elizabeth Cambage and Marianna Tolo have been pushing for quite some time to play in the bodysuit.

While George jokingly tells me that she thinks it will make the team faster, like the bodysuit does for swimmers, wearing the bodysuit on the court does mean that the European players will have a much harder time grabbing onto the Opals in defence.

It will also make it much harder for teams to ‘secretly’ foul the Opals as behaviour which may lead to a foul will be much more in plain sight.

Given how fitted the bodysuit is, many of the players also joke that it provides extra motivation in fitness.

But the decision to bring back the bodysuit was about more than just performance on the court.

It was about the Opals having their own legacy piece that encapsulates the history of the Opals and gave new and upcoming players something to aspire to.

“I’m really excited to put the bodysuit back on, because it has been a little while,” said Marianna Tolo.

“When I was a junior it was common place and it was something that the Opals had worn for a long time. They were so successful during that time and it became iconic for me.”

For Tolo and her teammates, their hope is that by bringing back the bodysuit it can once again become synonymous with women’s basketball and something for the next generation of female basketballers to want to wear; much like the baggy green in Australian cricket.

“It is something special and something we all work towards wearing,” said Tolo. 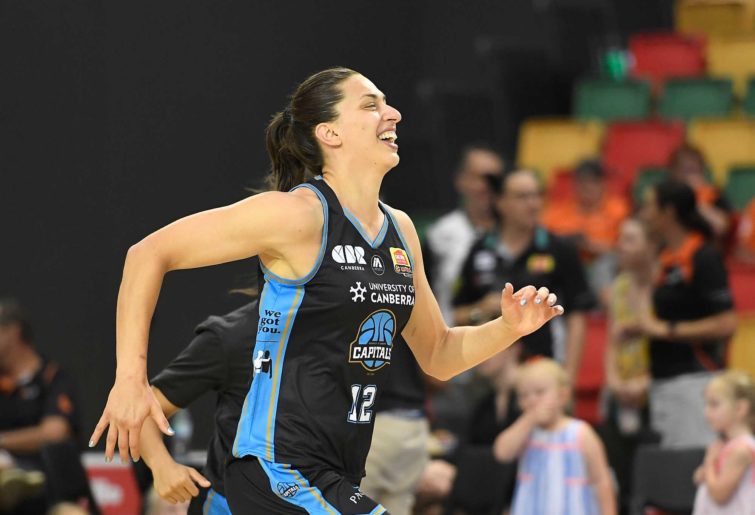 Marianna Tolo of the Capitals (Photo by Ian Hitchcock/Getty Images)

“It will only be for the Opals on special occasions like an Olympic Games; it won’t be for more junior squads.

“It is something to aspire to and it’s the cherry on top for those that are selected to play for the Opals.”

For Tolo, this will be her second Olympic Games after making her Olympic debut in Rio in 2016.

Given the pandemic, the lead-up to this Games has been slightly different.

For starters, given that Opals coach Sandy Brondello is currently in the United States coaching with the WNBA, the players were told over the phone whether they had been selected or not and, given that all the players live in different parts of the country, celebrations were more individual.

On the morning that the Opals were due to receive their calls, Tolo had a very early start.

“I knew we would be getting our calls between 8.30am and 10.30am but I woke up at 4.00am that morning and knew that I wouldn’t be getting back to sleep,” said Tolo.

“I was awake and anxiously waiting for the call.

Fortunately for Tolo, she didn’t have to wait too long for Brondello to give her the good news. 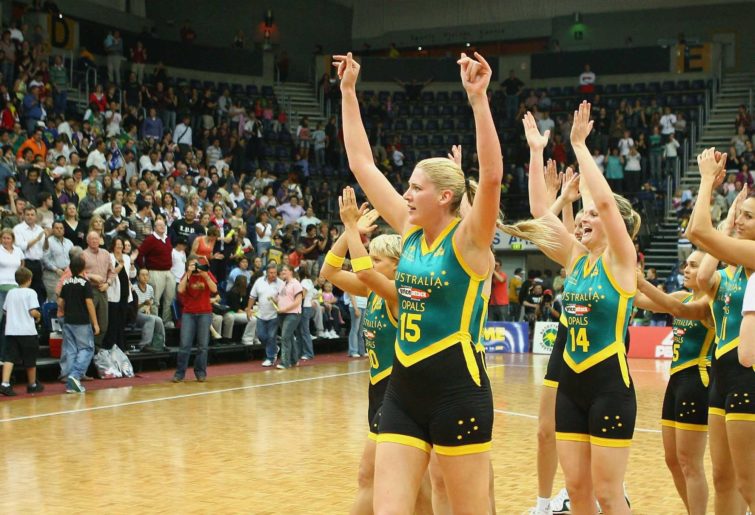 Lauren Jackson of Australia and her teammates in the bodysuit. (Photo by Mark Nolan/Getty Images)

“Some people are probably more secure in their place in the squad and others are on the perimeter, so it can be a nervous wait, but it just shows the depth of talent we have in women’s basketball here in Australia.”

This selection meant a lot for Tolo. Recently she has battled a foot injury which has meant that she has missed some of the Opals training camps.

That meant there was added pressure on her leading into the final camp.

“I knew coming into the last camp that I had to prove I was ready to go and healed, so I’m pleased I was able to prove that I was ready,” said Tolo.

“I can’t wait for the Games and to play alongside the rest of the Opals.”

But for Tolo and the Australian Opals this is just the beginning. There is some real momentum around women’s basketball at the moment.

Not only was a new broadcast deal announced for the WNBL last year, the Opals have huge support leading into the Olympics and next year Australia will host the 2022 FIBA Women’s Basketball World Cup.

Tolo hopes that this is a turning point for women’s basketball in Australia.

“It’s great to see that women’s basketball is getting the limelight it deserves because the Opals have been so successful for such a long period of time,” she says.

“To be able to have the Olympics this year and a home World Cup next year is especially exciting for me, because I haven’t had the chance to play a world stage tournament in Australia before.

“To be able to play in front of friends and family is going to mean the world to me.”

The Australian Opals are one of Australia’s most successful sporting teams. With the recent announcement of the Opals squad to represent Australia in Tokyo…