We have finally reached the present moment, with Euro 2020 starting today.

Diluting the Euros
UEFA chief Michel Platini’s dream expansion of the European Championship from 16 to 24 teams was carried out in 2016, so that the final tournament now featured half of Europe.

It happened in his absence, however: the 2015 FIFA scandal had taken him down, so he was banned from participating in his own brainchild to be held in his home country, France.

The change was the slow death of the European Championship, and as it turned out directly affected which team emerged as the winner.

With 16 teams, the Euros had a reputation for being ruthlessly competitive from day one, with many classic Groups of Death over the years.

European international football can often have its moments of being functional, boring, predictable and defensive, lacking the traditional individual and collective flair of countries like Brazil, Argentina and Nigeria.

This tournament had the problem of every team being too similar to each other, too monotonous.

Iceland and Wales live for the moment, Croatia for the future
Two teams enlivened Euro 2016 with their Cinderella attributes.

One was Iceland, population 300,000, in their first international tournament, who brought over a cache of fun fans who sang strange Hungarian dirges when Iceland’s journey to the quarter-finals was coming to an end.

They were all-out defensive and were nonetheless unbeaten in the group stage and provided the Ground Zero moment for a generation for English players and fans by defeating them 2-1 in the knockout second round.

Wales’ journey went even one round further, to Europe’s final four.

They were a team who had found a good defensive and attacking spirit, with Gareth Bale a rare example of a superstar who was passionate about playing for his country – as it turned out, more passionate than he ever was to play for Real Madrid, which is not to downgrade his achievements there.

Aaron Ramsay was also a lively player who beefed up Wales’ midfield. His suspension for the semi-final in reality ended Wales’ chances on the spot.

Their upset 3-1 quarter-final win against Belgium was the clearest example possible of why a team needs to have something immaterial connecting the players, of a team more than the sum of its parts beating one who was quite less.

Belgium were in a generation high point of supremely gifted individuals such as Kevin de Bruyne, Eden Hazard and Vincent Kompany, among others, but were devoid of tactical smarts and lost both matches to the teams who didn’t simply bow to their skills, Italy 0-2 and Wales 1-3. 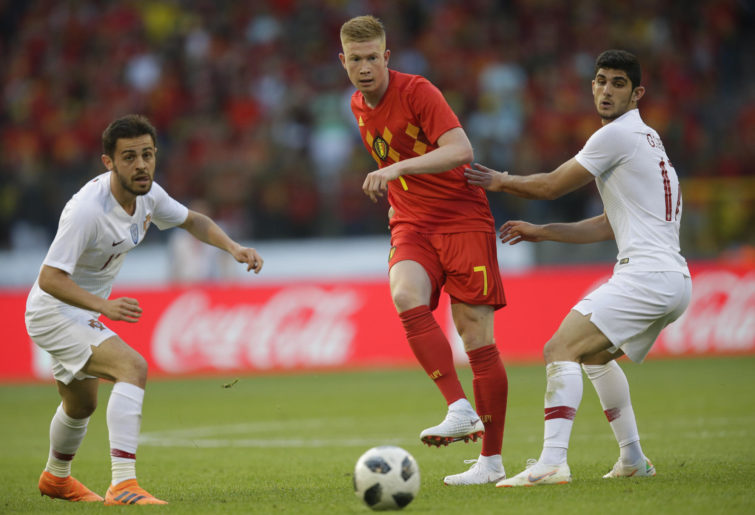 One team that had always intermittently threatened for a decade to do something really big was Croatia.

Over a 15-year period, they won tournament matches against all of Italy, Germany, Spain and Argentina, but were also eliminated from these same tournaments by Ecuador, Turkey and Portugal. They just couldn’t get it all together when it mattered.

As things stood, their current team included players who had all led their clubs to recent Champions League titles: forward Mario Mandzukic with Bayern Munich in 2013, and midfielders Luca Modric with Real Madrid in 2014 and 2016 and Ivan Rakitic with Barcelona in 2015.

Left-winger Ivan Perisic was also a direct runner and prolific goalscorer. In their group was Spain, who still had many of their three-peat players intact and were lazily assumed would pick up where they had left off in 2012.

But Perisic zoomed past and scored the winner against Spain with three minutes to go, a 2-1 victory that massively swung both teams’ chances of winning the tournament.

Spain vs Italy vs Germany vs France
The previous decade’s tournaments had occasionally featured a small hole in the draw, such as Italy only needing to beat Australia and Ukraine to reach the 2006 World Cup semi-final.

This decade, the hole had become septic as the depth of international football had decreased from the high point of France ’98. At Euro 2016, Croatia or Belgium were left with an easy route to the final, as France, Germany, Italy and Spain all ended on the same half of the draw, playing each other in succession.

It was the revenge sequence.

Italy and Spain played a corker of a match. Italy would go through a humiliating 2010s, but in 2016 skilled coach Antonio Conte had laid out their tactics down to a T, and but for a decent forward they would likely have won Euro 2016.

They bossed double-defending champion Spain for a half, scoring through defensive figurehead Giorgio Chiellini, and then held Spain’s second-half siege with assurance.

Ageless keeper Buffon nailed his low save when Gerard Pique found himself in with three minutes to go and Pique tried to finesse the ball home rather than blast it. Italy immediately advanced and applied the coup de grâce to Spain’s eight-year reign as European champions.

Germany, the World Champions, just about met their match against the Italians in the quarter-final, against whom they had lost agonising finals and semi-finals through the years. 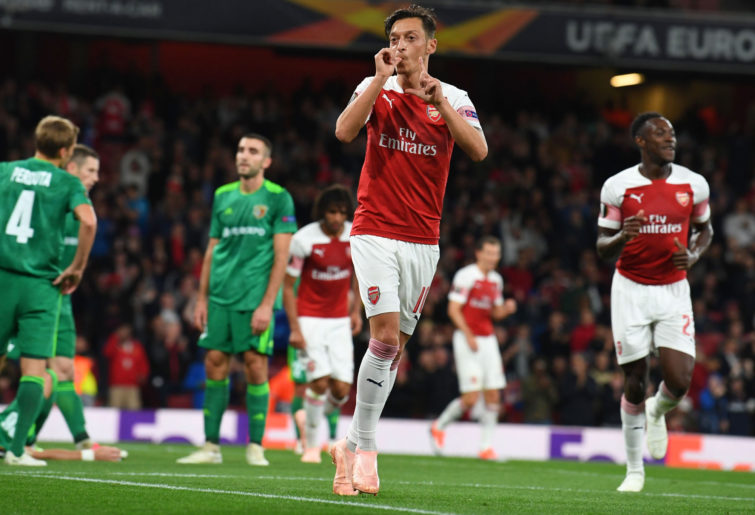 It was time for Germany to finally lose a penalty shootout, with flaky millennials (penalty-wise) Thomas Muller and Ozil blowing their kicks. But Italy in comical fashion put two of their kicks off-target too, leading to old hand Schweinsteiger to assuredly put Germany through to the semis.

He put his kick over the top.

Each team having missed three kicks, the B-squads then showed the stars how it was done, scoring kicks six, seven and eight, Germany centre-back Hummels puffing his cheeks at how close his kick had come to elimination.

Germany had finally beaten Italy and were still the world’s number one team. But their aura of invincibility was now gone.

They conceded two incredibly stupid goals to Italy and then France in the semi-final, when first Boateng then Schweinsteiger held their hand above their heads in the area, conceding penalties for handball.

France had had a mediocre tournament but forward Antoine Griezmann had become a star.

He was on four goals when they lined up against Germany in Marseille for the semi-final, seemingly their last obstacle to success.

Germany pressed France expertly for a half and dominated an intriguing first half in which France nonetheless had their chances – blunt forward Olivier Giroud had put himself clearly through on goal on the halfway line but ran like a tortoise and was caught.

But Germany could not overcome Schweinsteiger’s mistake on halftime. Griezmann, who missed a penalty in the 2016 Champions League final for Atletico Madrid, blasted it home past Manuel Neuer.

In the second half, he scrambled home a second goal and France, six years after the horrific squad rebellion in South Africa, were going to win Euro 2016. 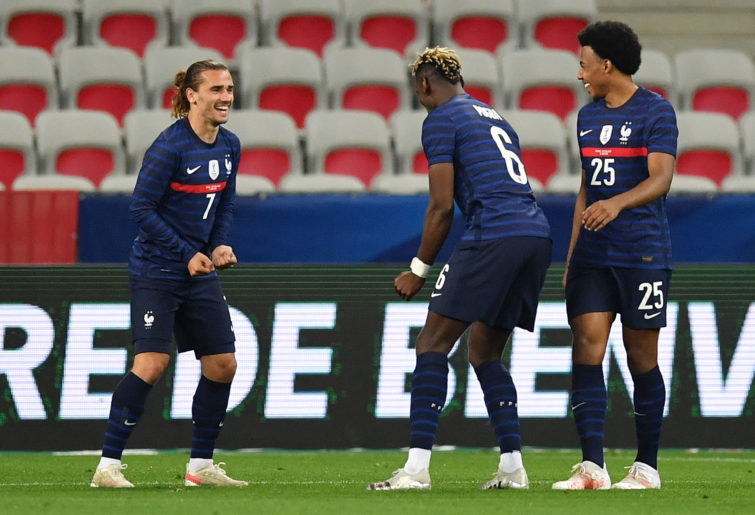 The ugly duckling
They would play Portugal in the final, who had carried a build-up of antipathy with them as Euro 2016 progressed.

In the group, featuring three draws, Cristiano Ronaldo had been snarky towards Iceland post-match, missed a penalty against Austria, then thrown a reporter’s microphone in a lake. He had also scored a backheel when facing elimination in an intriguing 3-3 draw with Hungary.

Portugal’s team was nothing special at all, working within its limitations, using their wingers Ronaldo and Nani as forwards and asking the rest of the team to do nothing more than keep it solid.

And yet, as far as the commentary they provoked about how mediocre they were, in the end, there was almost a strange ‘team of destiny’ thing about them.

Iceland had placed Portugal in the easy half of the draw with a 94th-minute goal elsewhere.

Portugal beat Croatia in the 116th minute and Poland in a penalty shootout, neither game notable except for Ronaldo reassuring the fragile Joao Moutinho on how important he would be to take a penalty: “You hit them well. If we lose, fuck it. It’s in God’s hands now.” 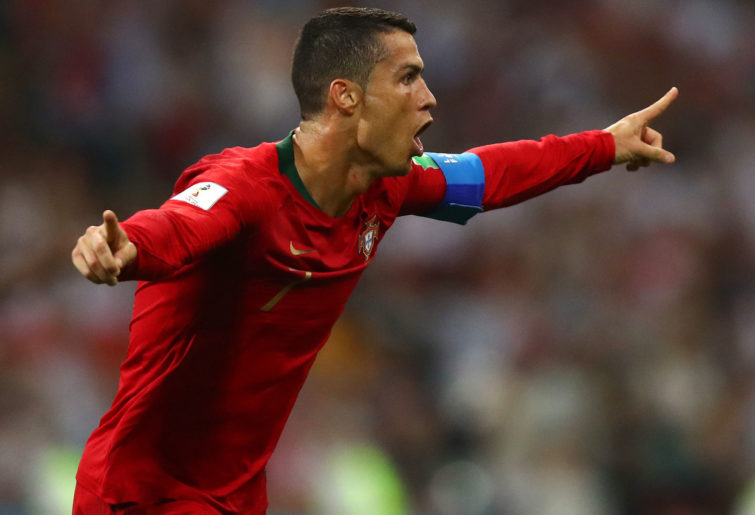 With the Euros now seven games long rather than six, it was theoretically now harder for an underdog to win.

France had beaten Portugal in the semi-finals of Euro ’84, Euro 2000 and the 2006 World Cup. Portugal had never won an international title. France were playing at home.

To top everything off, after France had started brightly, Portugal’s seeming one hope of success, Cristiano Ronaldo was injured after 10 minutes and eventually could not continue.

Portugal replaced him with Ricardo Quaresma and held on, with goalkeeper Rui Patricio and centre-back Pepe outstanding.

They were aided by France’s complete mediocrity on the day, who as favourites put in an overwhelmingly listless performance on the same ground Zinedine Zidane had scored two headers against Brazil 18 years ago.

Griezmann, who with six goals had been by far Euro 2016’s best player, put a point-blank header slightly over the bar.

And then in the last minute, fringe forward André-Pierre Gignac then expertly turned the otherwise tremendous Portuguese defender Pepe inside out, and from a few metres out rolled his shot against the post for what was truly a “one centimetre from glory” moment.

Griezmann, standing alone on the line to tap in the rebound, saw the ball amble past him at the wrong angle.

Portugal brought on a forward who was even more of an outsider than Gignac – a tall, powerful but clumsy striker named Eder as they took a measure of control in extra time.

Eder had a close-range header saved, and Raphael Guerrero’s free-kick hit the bar.

Finally, on 109 minutes, Eder drifted laterally as France’s centre-backs tried to hustle him off the ball.

With a shot that contrasted with his uncertain gait in recovering his balance before the shot, he unleashed a powerful, graceful low finish from 20 metres that bounced past Hugo Lloris to shock the stadium.

Portugal held on for victory.

A limping Ronaldo monopolised the trophy presentation and celebrations, and after years of seeming Lionel Messi’s inferior, suddenly it seemed that for numbers Messi would no longer be able to catch him.

Commentators who were fans of Portugal’s 21st century history, of what they had brought to the game and for their doomed Euro 2000 and 2004 campaigns, conceded: overall, over time, the country had earned winning the European Championship.

Check out my recaps of all European seasons and tournaments since 1998 here.