Is the Power's premiership attempt over?

Unfortunately, my first article comes at a time of strife for Port Adelaide.

The 21-point loss to Geelong leaves many questions to be asked, both on and off the field. Port Adelaide, who started the season as flag fancies, are in danger of falling away. By this I do not mean not making the finals – I mean falling out of contention for the flag.

Port Adelaide have never been in doubt of making the finals. The good thing about supporting Port is that they never get upset by the bad teams. Wins over teams like Fremantle and the Crows may not sound impressive, but Port consistently get the job done over weaker teams. This means Port will have enough points to get into finals.

Port’s losses this year have been to the West Coast, Bulldogs, Brisbane and of course Geelong, all of which are in the eight, with the Lions, Dogs and Cats all being in top-four contention, if not favourites to claim these precious spots. 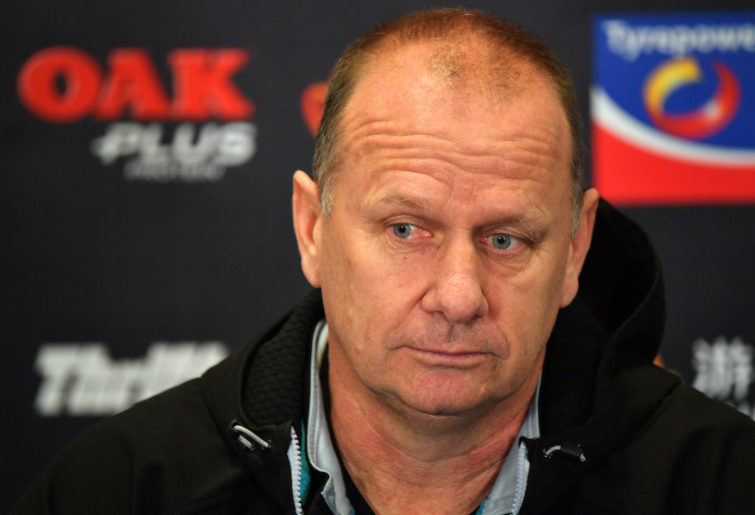 On paper, this sounds good for Port, as the only losses have been in tough games. However, this is where the problem really lies.

Overall, Port has a terrible record against the good teams that they will need to overcome to win the flag. Among their losses, in two games they were really outplayed (Eagles and Lions) and two were close but blew out in the end (Dogs and Geelong).

This leaves them with a 1-4 record against good teams, and they could have very well lost against the Tigers. This is a record against top-eight sides that the Blues would be ashamed of, let alone a side that entered the year harbouring premiership ambitions.

This leads to questions being asked about the performances that the club in turning out, the most recent being the Geelong game. This is merely one game, but there were numerous issues and things to take from this game. Welcome to my Round 13 review.

Power coaching too passive
Watching this game last night was extremely frustrating. Port were playing well in periods but there were obvious issues everywhere. Most notably, there was the Trent McKenzie-Tom Hawkins mismatch. For the entire game McKenzie was completely and utterly dismantled.

Hawkins kicked four and took eight marks. The actual match-up looked a lot worse than the stat sheet suggested. Overall, it looked like Hawkins could have kicked eight, such was his dominance, and with better accuracy that was entirely possible.

Hawkins dominated in all facets against McKenzie. He was far too strong in contests, far too quick off the lead, and his movement rendered McKenzie useless. However, none of this was McKenzie’s fault. It was in fact passive coaching.

Of course, this falls onto Ken Hinkley. How can you let a fringe defender play against the best forward in the competition? What was he thinking? And surely it was obvious enough after Hawkins kicked two in the first quarter?

You could tell by watching the game that this was a complete mismatch. The point is, surely Hinkley saw what was happening, but how can he sit still and let it happen? He is a coach not a fan after all.

What is wrong with putting Aliir Aliir on Hawkins, one of the best defenders in the comp, and reverting McKenzie to a playmaker role from the role that Aliir was evidently struggling with. In summary, it is not good enough from the coaching staff and it could have been the difference.

Footy is a game of momentum
This game was full of momentum swings, and it was always going to come down to who could get the last one. In the end that was Geelong. It was the same with the Bulldogs game.

The Power is developing an uncanny habit to fall away late in games. Ultimately that comes down to the midfield. How can they let Geelong run out from the centre to score three or four goals in a row, not once, not twice but across the game? In the end this is what lost them the game.

Kane Farrell, Steven Motlop and Boyd Woodcock are the invisible triplets
Another fundamental issue for Port is their overwhelming number of invisible players. Every single week there are players for Port that do nothing. This happens at all teams but for Port it seems to be a particularly large issue.

Port have so many players that simply do not find enough of the ball. Farrell, Motlop, Woodcock (when he plays), and Todd Marshall (who got subbed off this game) rarely have impact. 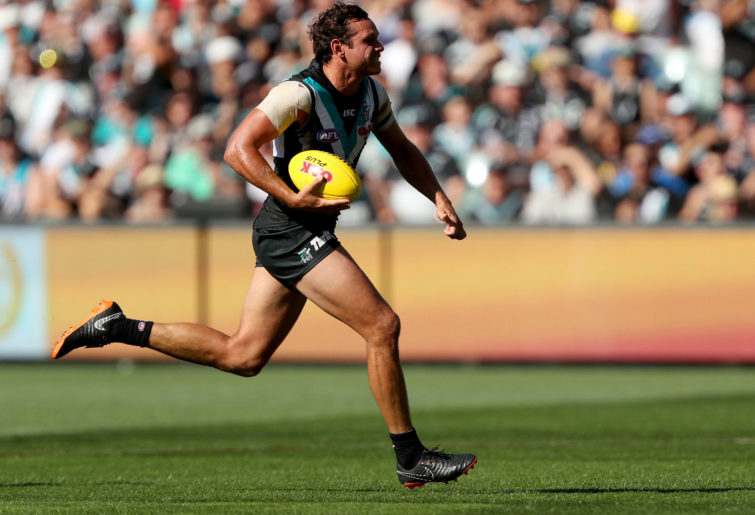 This game, Farrell, Motlop, and Woodcock combined for a grand total of 20 disposals, nine less than Ollie Wines I may add. There really is no excuse.

I mean, who cares if you snap it from 30 metres on the boundary line if you only record five possessions? These three were not the only players that struggled to find the ball, but I pick on them because it happens every time they play. It is not good enough.

Umpiring failure
I would not be a real footy fan if I did not blame part of the loss on the umpires. There were numerous umpiring errors during the game. The 15-metre rule was simply not getting paid, and that did Port no favours, with a lot of Geelong’s ball movement being under 15 metres. There were 12, ten, even eight metre kicks being allowed.

I also thought some of the Geelong players had way too much time on the ball before being called play on. Overall, the free kick count was also whacked – 49 free kicks in a game is insane.

I felt like every contest was going to result in some sort of stupid free kick. The umpiring was the worst I have seen for a Port game this year, although I probably say that about every game.

Connor Rozee’s five goals was electric, and really kept Port within reach of the Cats with his four-goal first term. Charlie Dixon was sensational, jumping and marking the footy the best he has this season. He kicked four and took six marks and was a big presence for the Power all night, from the ruck to the forward line.

Despite not playing his best, Mitch Georgiades was still competitive and took six marks. He also freed up a lot of space for Dixon.

Was the forward line better without Marshall? Definitely. Port also had a good range of goal kickers, with Sam Powell-Pepper, Wines, Farrell and of course Lachie Jones coming in with his first AFL goal. Generally, it was the best part of Port for the entire game.

There are a lot of things for Port to take from this game. Port still have time to turn their season around, but they need to win the big games.

At this point, it is looking like Port will finish sixth or fifth, winning the home final and then being knocked out in the semis.