In this three part series, I’ll be putting up three teams India can lineup in international cricket. First up, the Test sides. When putting up the XIs, the first XI is the strongest lineup possible while I mixed the other two teams in terms of strength in the XI.

While I have been sceptical of Rohit Sharma as a Test player, he has improved a lot compared to how he struggled as a middle order batsman in Test cricket. For all the flak he’s gotten for his average outside of India, his performances against England at home ensured India made the 2021 World Test Championship final.

His opening partner Shubman Gill showed in Australia that he can bat at Test level and despite a poor showing against England at home, he deserves a long run in Test cricket to prove himself.

Cheteshwar Pujara is the rock of the lineup, tiring bowlers for as long as possible before pouncing on the loose deliveries. Pujara may not always get the runs, but the way he blunts bowling attacks allows the Indian middle order to cash in.

Virat Kohli’s inclusion is a no-brainer and despite a blip in form recently, his leadership has been a massive reason as to where India are in all three formats. Just as Ajinkya Rahane is on the verge of getting dropped, he’ll either play a match-saving or match-winning innings. A lot of responsibility will be on him to deliver in the World Test Championship.

Considering how Rishabh Pant has performed in his last two Test series, it was a no-brainer choosing him as the wicketkeeper. While there’s still room for improvement when keeping, his batting has been a big reason as to why India pulled off a series win against Australia and England.

Ravindra Jadeja and Ravichandran Ashwin are two of the best spinners of the ball and leaving either out of this XI would be criminal. Add their batting prowess and India has a capable batting top eight.

The three seamers to round up this XI are Ishant Sharma, Mohammed Shami and Jasprit Bumrah. With India building a core of seamers who are ready for Test cricket, these three are the first choice seamers for India. But they have a host of seamers breathing down their necks which makes the future very bright for India.

For a guy who was touted as a white ball superstar throughout his junior years and in his early years as a Karnataka player, Mayank Agarwal proved many people wrong when he made his Test debut in 2018 at the MCG. Despite being dropped from the Indian Test team, Agarwal averages a shade under 46 in Test cricket.

His opening partner in Priyank Panchal is very unlucky not to have played Test cricket. With nearly 7000 first class runs at an average of 45.63, it’s the conversion rate which is highly impressive with Panchal scoring 24 first class hundreds and the same number of fifties in four day cricket.

To round off the top four is Hanuma Vihari and Shreyas Iyer. Although Vihari hasn’t set the world alight in Test cricket, he’s the perfect backup for Cheteshwar Pujara. With a similar mentality like Pujara, Vihari likes to blunt bowlers into boredom before taking them on.

A team man who has never played for himself, Vihari was a big reason why India didn’t end up losing at the SCG this year. Shreyas Iyer is a talented batsman who likes to dominate bowling attacks and has been around India’s Test squad a few times since 2017; mostly as cover though.

Sheldon Jackson has been a brilliant batsman for Saurashtra in first class cricket and although he has somehow never made it into India’s Test squad, he’s still good enough to play Test cricket should the opportunity arrive in the future.

Vijay Shankar would’ve played Test cricket by now given he bowls medium pace had injuries not been coming into his career continuously. An excellent player of both pace and spin, time is on Shankar’s side to play Test cricket.

My wicketkeeper in this XI is Wriddhiman Saha. A brilliant gloveman, there are very few in the world who’s glovework has been as tidy as Saha throughout his Test career. The lone spinner is Axar Patel and boy did he fire in his debut Test series. But don’t rule him out as a home track bully as he’s had considerable success as a Durham player in a short county stint a few years ago.

The two seamers in this XI in Umesh Yadav and Mohammad Siraj have both shown they belong as Test cricketers. The third seamer Ishan Porel is an unknown name outside of India.

Although Porel has only 61 first class wickets till date, it’s his impact that’s impressed Indian selectors, especially when he made KL Rahul look like a schoolboy in the 2020 Ranji Trophy Semi-final. Chosen as a net bowler for India’s tour of Australia last summer, a hamstring injury on the eve of the ODI series cut his tour short or else he would’ve made his Test debut at the Gabba over T Natarajan.

How deep is India really? (Photo by Patrick Hamilton/AFP via Getty Images)

Although he’s looked out of sorts after his debut Test series against the West Indies,
Prithvi Shaw will make a comeback in the future in Test cricket. An exciting player who loves to play his shots, Shaw will become a successful Test cricketer once he tightens up his defence for red ball cricket.

Abhimanyu Easwaran is part of the new generation of Bengal players (alongside Porel) who are getting closer to playing Test cricket for India. Having played for India A through his performances in the Ranji Trophy, Easwaran has travelled to England as a standby player.

As he captained Bengal to the 2019-20 Ranji Trophy Final where Bengal ended as runners up, it was a no brainer choosing Easwaran as skipper in this XI.

At first drop is a Tamil Nadu stalwart in Baba Indrajith. While his twin brother Baba Aparajith made all the headlines having been part of India’s 2012 U19 World Cup squad, Indrajith is now the more popular name in Indian domestic cricket.

With 101 FC games under his belt, Bawne has hit 19 FC hundreds and scored over 6675 runs at an average over 51. A top order batsman, Bawne has both enough experience and form to play Test cricket.

In a rare choice, Washington Sundar was my only exception to Ranji Trophy performances not being a massive criteria to make this XI. Usually an all rounder, Sundar has shown he has it in him to become a frontline batsman in Test cricket.

With unbelievable temperament on Test debut despite not playing any FC cricket since 2017 and a solid technique, Sundar will become a permanent middle order batsman for India in the whites in the future. My wicketkeeper is KS Bharat, who’s glove work is arguably as good as Wriddhiman Saha’s. Bharat was close to making his Test debut in 2018 before the Indian selectors chose Rishabh Pant to be India’s backup keeper for the Test series against England. 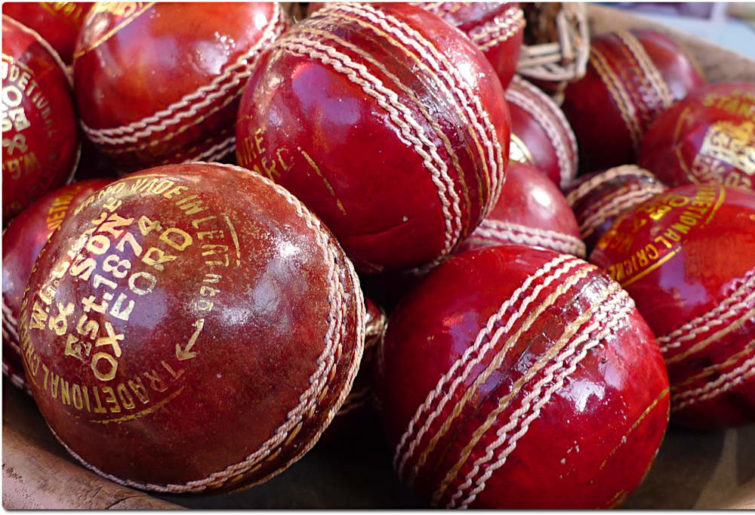 My two spinners in this XI are Jalaj Saxena and Kuldeep Yadav. Saxena was very close to making his Test debut against England this year before Axar Patel got the nod over him. And that’s how his career has been – always overlooked for someone else despite strong showings in domestic cricket.

Averaging 35.98 with the bat and 27.17 with the ball in FC cricket, the 34 year old has been extremely unfortunate never to have made the Indian squad. Kuldeep Yadav is a talented bowler and has it in him to succeed in Test cricket as a second or third spinner for India.

The three seamers in this XI are the uncapped Sandeep Warrier, Ankit Rajpoot and Avesh Khan who have all been part of the India A setup. Despite playing in an underperforming Kerala team, Warrier has taken 186 FC wickets at an average below 25 and has recently moved to Tamil Nadu where he can cause serious damage in a stronger XI once the Ranji Trophy resumes in India.

Ankit Rajpoot has been part of an impressive Uttar Pradesh team and has 215 FC wickets at an average of 27.82. Unlike Warrier who prefers to attack the stumps, Rajpoot is a more hit the deck type of bowler. The final seamer Avesh Khan is one to really watch out for.

Another hit the deck type of bowler who can also clock high speeds, Khan has 100 FC wickets in 26 games and is in England as a net bowler for the Indian team. Don’t be surprised to see him debut against England should the opportunity arise in two months’ time. 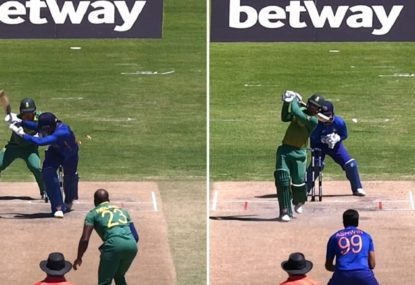