It was a tough decision, but a decision made with thought and care. A decision that he came to on his own, with coach Trent Robinson giving him all the time and support he needed.

If you were to ask any of his teammates, coaches or those that know him personally to sum him up in one word, it would most likely be selfless.

Boyd will forever be known as a fearless, inspirational general who led with action and put his club, state, and country first whenever he stepped onto the field.

He has done it all. If there’s one silver lining to early retirement, it’s the knowing he has accomplished everything there is to accomplish in the game.

Born in Taree, rugby league was in his blood, with a family history in the game that spans multiple generations. At an early age he was faced with adversity, with the loss of his mother to cancer, but this surely helped develop the toughness that he continually showed as he developed into the man he is today.

The kid from the county took a dream and turned it into reality, going from the local parks playing for the Old Bar Pirates and Taree Red Rovers to eventually leading his beloved Roosters to three premierships, two that were back-to-back.

He overcame the misery of Queensland’s dominance in State of Origin, and captained New South Wales in their revival and two straight series wins. And he’s tasted World Cup success twice wearing the green and gold Kangaroos jersey.

His personal accolades include the Dally M Second Rower of the Year in 2013, and the esteemed Jack Gibson Player of the Year medal for his club in 2015.

Boyd made his NRL debut in Round 13, 2011 against the New Zealand Warriors. It didn’t take long for Nick Politis to realise they had someone incredibly special, and they signed him up long term. He finishes his career with having played 181 games in the red, white, and blue. 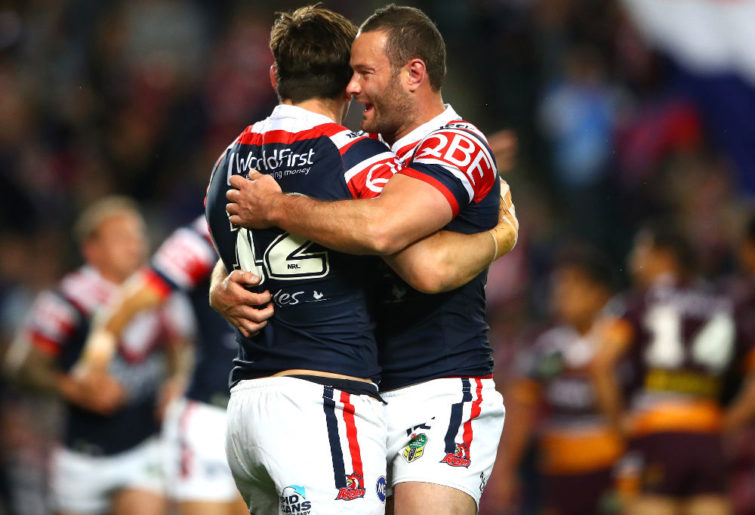 Boyd Cordner of the Roosters. (Photo by Cameron Spencer/Getty Images)

He will go down as one of the Chooks’ greats. He was highly influential in their dominance over the past decade and will continue to be as the injury-hit squad look to keep their season alive.

If there’s a player who will have a job for life at the Roosters, it’s Boyd – whether he takes on the role of an assistant coach or something else in management, with his footy intellect and leadership skills, he will bring class and professionalism.

With the recent crackdown on high tackles and the impact of concussions, Boyd’s retirement is going to bring up discussion around head trauma, leading the question to be asked whether enough was done early on for him to still be in the game.

For those that doubt the seriousness of head knocks, Boyd is an example of a tough player that loved the game having to come to the difficult decision to give it all away at the age of 29.

Despite the circumstances, he still carved out a marvellous career.

His club face the second-placed Panthers in a Friday night blockbuster and will no doubt be fired up to put on a performance for their leader and former captain.

Boyd will go down as club legend for the Roosters. His work ethic and sheer determination made him a leader that people wanted to follow, and his ongoing advice to teammates, in particular the up-and-coming talent, will be highly sought-after as he begins his next chapter.

The referee’s microphone picked up some choice words aimed at Tom Opacic during the Eels’ 28-0 loss to the Roosters. 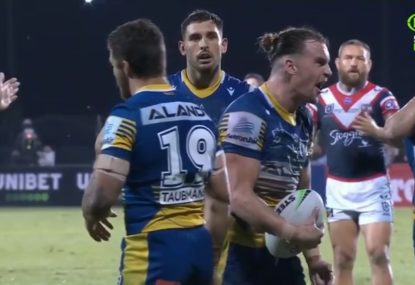 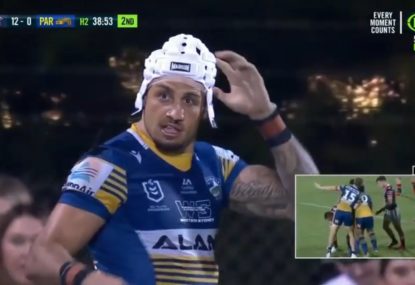 However, the Eels couldn’t make them pay for the howlers on the scoreboard. 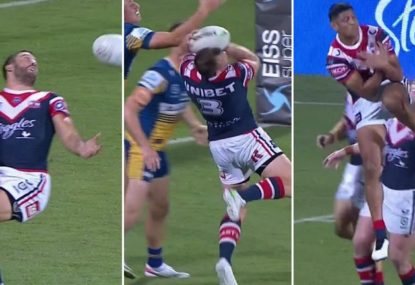 The old ‘replace the yoghurt with mayonnaise’ trick delighted James Tedesco… can’t say the same for Sam Verrills, though. 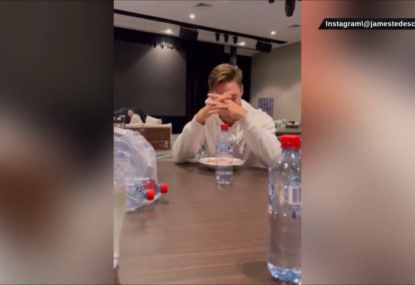