How many Waratahs will be selected for the Wallabies?

After many new faces were named in the PONI squad earlier in the year, Dave Rennie’s Wallabies squad ahead of the French Tour was always going to raise some talking points.

With the culmination of Super Rugby Trans-Tasman being defined as a resounding loss, player form versus experience came to the fore when selections were made.

Of the teams that showed some starch in the face of the New Zealanders, the Brumbies had the squad that looked most likely to cause upsets though consistency proved elusive.

Unsurprisingly, the two teams best represented in Rennie’s squad were the two that battled it out for Australian supremacy in the Super Rugby AU.

The big names from the Reds and the Brumbies will make up the back bone of the Wallabies team the runs out on to the SCG in three weeks’ time. 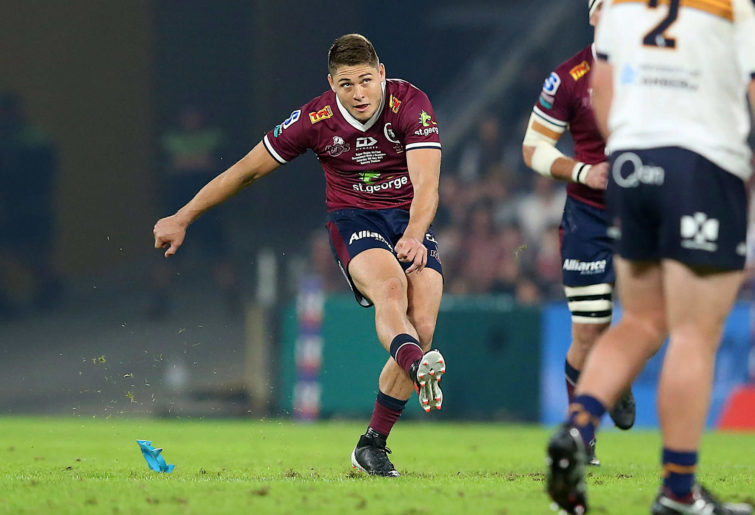 As the Test squad were announced, many punters were surprised and critical of the presence of so many Waratahs, given 2021 has been their worst ever season.

As with all Test squads that are named mid World Cup cycle, the Test bolters are the first to make headlines. Rennie has had the misfortune of having is hand forced in a few cases through injury and many pundits will be questioning whether our Test team is genuinely the best we have to offer.

Interestingly, both Jake Gordon and Izaia Perese were named in the Test squad even though Gordon took no part in the Waratahs’ final match and Perese dislocated his should in said game.

In what has been a dismal showing from the Waratahs, both Gordon and Perese have been their clubs best. The difference Gordon makes to his team’s attacking shape and general game awareness can not be overstated.

On the trajectory that he was on coming into the back end of Super Rugby, Gordon would have been putting pressure on Nic White for the starting jersey come July.

His service is looking sharper than ever, his in-game kicking has improved significantly and he’s got a big frame to challenge defensive lines. Jake Gordon is Australia’s TJ Perenara without the brain explosions.

Speaking of brain explosions Izaia Perese’s season could not have started worse when he was red carded for a spear tackle in the opening ten minutes of his first game for the Waratahs. After watching on from the stands for weeks due to suspension he was the shot in the arm the Waratahs needed.

His impact and ability was best on show in their heavy defeat against the crusaders where he was the best on ground on both sides of the ball for the men from Sydney. When give front foot ball in the right areas he showed genuine x-factor.

Prior to his shoulder injury, he had one hand on the Wallabies 13 jersey and the expected combination of Paisami and Perese in the midfield would have had the rugby world eager to see the output of two skilled power runners outside the likes of James O’Connor.

In Sunday’s squad announcement Rennie showed his hand by mentioning Ryan Lonergan had also been unofficially brought in for injury cover for Gordon. The coming weeks will dictate whether Gordon and Perese are replaced in the squad but here’s hoping their injuries aren’t as bad as first thought.

Another big omission due to injury is star recruit Suli Vunivalu. It took longer than most hoped for his training wheels to come off in the transition back to the 15 man game but once they did his form sky rocketed.

Before his hamstring injury, Vunivalu had gone back to holding width in defence and was effective in the breakdown when needed, his aerial skills and offload ability were up there with the best in his final games.

While it is disappointing he is currently unavailable, he will have a big impact on the Test series against the old foe from across the ditch later in the year.

Leading the charge for the Wallabies this year will be the evergreen Michael Hooper who has recently returned from his stint in Japan.

The level of distaste from the decision is surprising given the service from Hooper over much of Australian rugby’s most challenging period.

He was one of few players who could consistently challenge for a position in a World XV and though his leadership has come into question in the past, realistically, he is Dave Rennie’s sole candidate for the captaincy. James O’Connor’s name had been added to the list in some circles, but recent injuries ended that discussion. 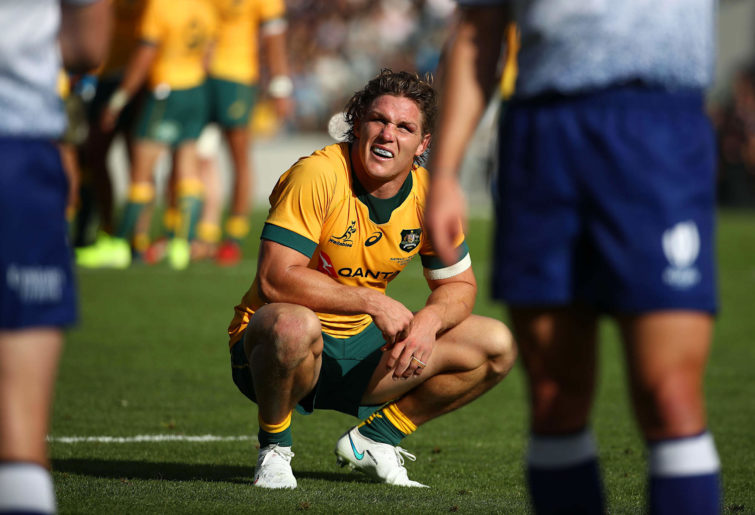 Hooper has enjoyed a different rugby environment where he played with and against some of the best players in the modern era. Expect him to be refreshed, invigorated and have a mammoth shift in the up coming series.

Nobody would have been surprised to see Angus Bell’s name on Sunday when the rugby community announce the final squad (Hats off to RA for the initiative, nice touch). He has been a regular high performer who has showed his worth in the Test arena and will no doubt play a core role in the run to the next World Cup.

Bell’s athleticism is unique for a front rower. His ability to get around the park and be an effective ball runner are impressive, particularly for is age. His scrummaging will only improve and his selection is a nod to the future while rewarding recent form.

The two remaining Waratah Wallabies could be considered the luckiest, for contrasting reasons. Lalakai Foketi presumably takes the place of Irae Simone. Up until 2021, Foketi has struggled to hold a starting spot in the Waratahs backline and seemed destined to be dubbed as “excellent Shute Shield player, mediocre Waratah”.

His selection comes as a genuine surprise to most. The selection committee no doubt has their justification but Irae Simone could rightfully feel hard done by given the Brumbies performance and the combination he has with Noah Lolesio and Len Ikitau.

Lachie Swinton is an enigma. The opinion is he brings an aggressive edge and has a genuine point of difference to his opposing blindside flankers.

The cost of having him in your side was clear to see last weekend when he was red carded for a “shoulder to the face” cleanout against the Chiefs. There is no denying it was at the low end of the card range, as Rennie suggested, but you have to wonder if the Wallabies would be better place with Angus Scott-Young.

He is a smart footballer who has had one of his best seasons to date occupying the six jersey for the Reds. Scott-Young is an unsung hero for the Reds this year and deserves his recognition.

Though it shouldn’t entitle any player to a Test jersey, his decision to turn down overseas offers for 2022 should also be recognised as he is in form and has Test aspirations. (It also confirms Dave Rennie’s recent comments regarding Test eligibility).

Regardless of the make up of the squad, it is great to have Test rugby back again, especially with the cloud of doubt that initially surrounded the French series. While a 3–0 series win might be too much to ask, our young Wallabies have the potential to surprise viewers.

With the smarts of Scott Wisemantel, the recent addition of Dan Mckellar and the influence of Dave Rennie, there is no doubt our squad is in safe hands.