A few things I considered while making my choices were;
1. The final is a lone Test match, and the team should hit the ground running from Day 1. So, recent form, including the Indian Premier League, was a key factor.
2. The expected nature of the pitch based on the curator’s recent comments and Southampton’s history.
3. A need for whatever possible variety out of a right-handed dominated bowling attack.

Historically, Southampton’s pitch has not been a ‘green mamba’ or a swing paradise. Additionally, Indian fans would remember Moeen Ali playing a pivotal role in both the Test matches India lost to England at this ground.

As per his recent statements, we expect the curator to produce a wicket with good bounce and carry without a lot of grass. Such a pitch is expected to be good for batting and, hence, Virat will need five Test quality bowling options to take 20 wickets. This kind of wicket is expected to favour seamers and spinners at different times during the Test. So, I have picked up a team with two quality spinners and three of the best-suited seamers.

The Indian seam attack for the match needs a bit of variety, considering that all of the choices are right-handed bowlers. Bumrah’s and Shami’s deliveries come from different heights and have unique bowling styles; Siraj and Ishant are similar bowlers in style, with the ball coming from a similar height.

Ishant has the best record in the last two years among bowlers of both sides. However, Ishant is coming back to the Test team after a gap.

On the other hand, Siraj has run into top form since his debut and has impressed everyone with his wicket-taking ability, tireless enthusiasm and street smartness. Moreover, the New Zealand batsmen have not faced Siraj yet in a Test match. With not a lot separating Siraj and Ishant in quality, I went with the recent form of Siraj and his unfamiliarity with the Kiwis as my reasons to break the tie.

Virat is blessed with two high quality ones in Ravindra Jadeja and Ravichandran Ashwin for the two spinners. To make the deal sweeter, both of them are good batsmen as well. Hence, I decided to let these spin bowling all-rounders man the lower middle order of the team.

The top order and the wicketkeeper options pick themselves.

Barring the Ishant versus Siraj choice, I would expect my picks to resemble that of other commentators. 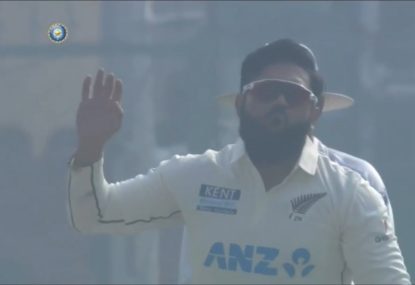 New Zealand’s latest quarantine-forced sporting cancellation has cost the country’s young cricketers a spot at next year’s Under-19 World Cup. There is a strong narrative in world cricket that New Zealand under Kane Williamson is the best all-around team.

Australia have crossed the final frontier with a maiden T20 World Cup triumph, a stunning unbeaten 77 from all-rounder Mitchell Marsh acing a tricky run chase in the final to down New Zealand by eight wickets. 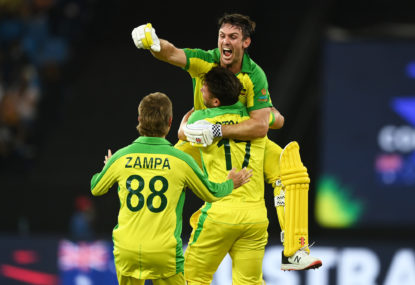 What time does the T20 World Cup final start? How to watch Australia vs New Zealand in Australia

Australia will play New Zealand in the final of the T20 Cricket World Cup at the Dubai International Cricket Stadium in Dubai on Monday morning (AEDT). 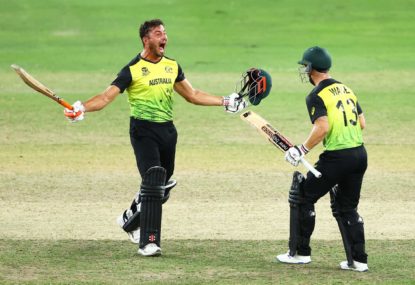 What time does the T20 World Cup final start? How to watch Australia vs New Zealand in Australia