England’s batting is in a state of crisis again.

After a rain-induced draw at Lord’s, Joe Root’s side floundered in a second innings score of 122, as an undermanned New Zealand breached the Edgbaston fortress.

Whilst IPL players were granted absence, and a freak injury saw James Bracey replace Ben Foakes, the top six that lined up against New Zealand was close to what Chris Silverwood regards as England’s best.

The absence of Ben Stokes was significant, and one (or possibly both) of Foakes and Jos Buttler would make England’s best XI. No one else of note was unavailable.

Despite being a full-strength top six (minus Stokes), the Test records of the English batsmen who lined up against New Zealand are seriously underwhelming.

Even with Root in the side, it has to be among the worst batting line-ups England has ever produced.

Amidst an array of failed Test batsmen, Gary Ballance continues to make runs. He makes runs every year, and never warrants a mention.

He has more than 11,500 first class runs at an average of 47.24, and 40 centuries. It’s a record that compares to none of his contemporaries but Root. Pope averages more, but has played much less.

As pressure mounts on Crawley, Wisden published an article speculating about his potential replacements. Ten names were mentioned, none were Gary Ballance.

Despite batting under Root’s nose at Yorkshire, he’s seemingly never in the conversation. 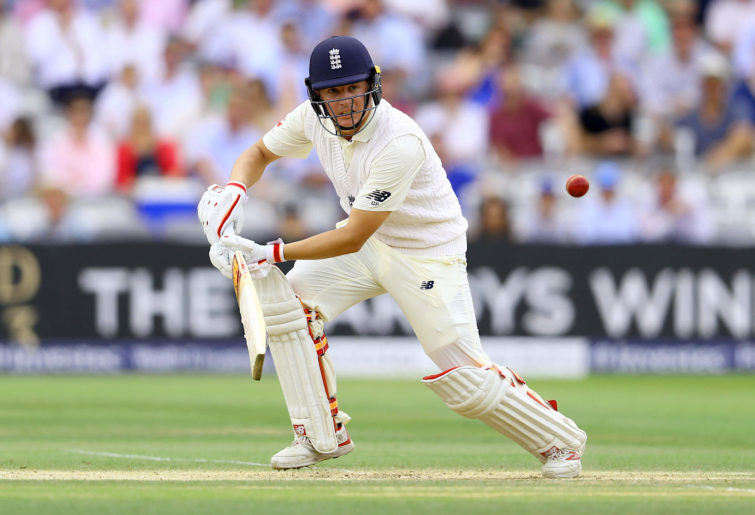 Among the options were position changes for Root, Stokes, Pope, and Lawrence, or selection as a specialist batsman for Bracey or Jonny Bairstow.

Since Ballance last played a Test, Bairstow has played 34, averaging 27.33.

In fact, since Ballance’s last Test in 2017, just three English batsmen have surpassed his Test average of 37.45: Root, Stokes, and the retired Alastair Cook.

Buttler has averaged 36 since then, sitting fourth, while Burns is fifth with his average of 33.24. Ballance isn’t being kept out by a strong batting line-up – on the contrary, most players are averaging around 30 since he was last selected.

In fairness, Ballance was poor in his last Test stint, after a barnstorming start to his career in which the Yorkshire batsman compiled four hundreds in his first nine Tests.

As his form deteriorated, his final 11 innings passed without a 50. It was form that warranted his omission, but probably not a four-year absence.

In output comparable to that of a bowler, just one of Crawley’s last 12 innings has been a score above 20.

Burns went eight innings without a 50 prior to his century at Lord’s, while Sibley broke a similar eight-inning streak in the second innings of that Test. Pope’s last 15 innings have yielded a highest score of 34, while Root’s highest score in his last 11 innings is 42.

What happened to Gary Ballance four years ago should not have signified the end of his Test career. If anything, it’s just normal for the modern English batsman.

Yet, Ballance is held to a higher standard.

As a man who averages closer to 50 than 40 domestically continues to occupy the sidelines, England’s current No.3 averages a scrape above 30 at first class level. How he even reached Test level with such numbers remains an unexplained mystery.

Whilst England capitulated in the second innings at Edgbaston, Crawley hit two elegant drives to the boundary, on the way to an unfulfilling 17.

Perhaps his elegance caught the eye of selectors two years ago. But here’s the thing – the best Test batsmen make the most runs, they don’t necessarily play the prettiest shots. It’s why Rob Quiney’s ‘greatest nine of all time’ wasn’t actually that great.

England should know this. Sibley and Burns are anything but easy to watch.

Ballance is considered something of a technical anomaly, but he makes more runs than the other options available. Batting is a complex skill with many different styles, but the metric is very simple.

Before Crawley took the No.3 role, there was Joe Denly, who averages 36 at first class level.

Before that came James Vince, who averages less than 25 from 13 Tests. Since Ballance’s last Test, 13 Englishman have batted at No.3, only one of whom was a night-watchman.

The answer has been staring them in the face this whole time.

It seems likely that any changes made will once again ignore Ballance.

Haseeb Hameed, with a first class average a touch above 32, is the backup batsman in the squad, while, prior to his debut, Bracey spent considerable time running drinks as a reserve top-order batsman.

On form, Dawid Malan probably deserves a recall, and the usual suspects like Bairstow can never be discounted. Who knows, they might even select another random 20-year-old who averages 30.

One thing is clear though; as England continue to churn through mediocre Test batsmen, they no longer have the luxury of ignoring Gary Ballance.

At some point, they have to ask themselves if they’re truly picking the best side available.

If the question is Crawley or Ballance, then it’s not even close.

If I was Pat Cummins charging in after the fall of the first wicket this November, I know who I’d rather be bowling to.