It would have to be one of the toughest jobs going around.

Getting blamed for every bad performance on the field. Being criticised for every poor signing or release ever made by the club. Probably even copping it if the weather is awful on game day.

In almost every commentary box, phrases like ‘coach-killer’, ‘wouldn’t be an NRL coach for quids’ or ‘his blood pressure must be through the roof’ get thrown around like confetti.

It seems you need to have all the stars align to make it in the coaching world.

And when those stars don’t align, you are swiftly shown the door. Even if the commentators, journalists and fans are screaming that it’s the players or management that need to change, the coach is the one who is usually forced to walk.

Then the interim coach steps in. And boy aren’t they coming into a fun party.

Surrounded by players who are angry, confused and dejected. Board members barking orders from the safety of their ivory tower. Fronting the media to try and answer questions they don’t know the answers to. And hearing from fans who are furious and downhearted, demanding they want their membership money back and are now just looking to next year.

This is the exact party that Josh Hannay found himself invited to. Again. 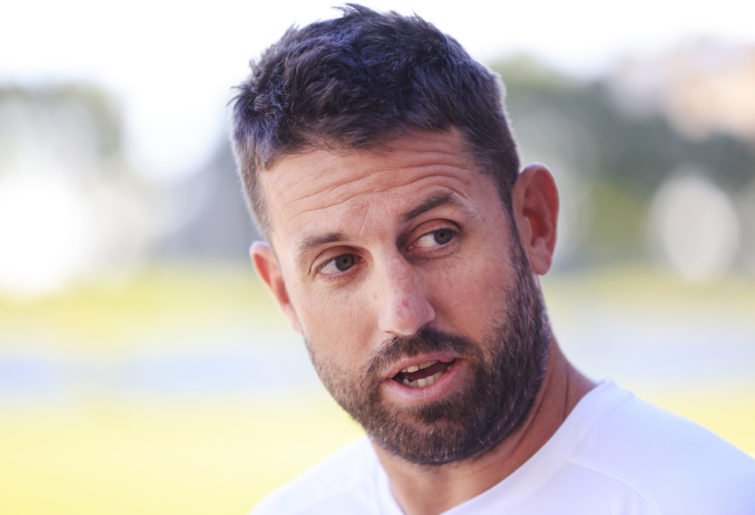 He only coached ten games before the season ended, with the Cowboys appointing Todd Payten in the top job for 2021. Despite the Cowboys wanting Hannay to stay on at the club, he made his way south of the border, assisting at the Cronulla Sharks.

And once again, this time after John Morris was stood down as head coach of the Sharks in April, Hannay stepped up as interim head coach.

Hannay jokingly gave himself the title of the NRL nightwatchman during an interview after finding himself in the same situation again.

This time, however, with almost in entire season to lead the club, he was going to grab this opportunity with both hands and show everyone the coach he could be.

Hannay has lived and breathed rugby league his entire life. A real talent on the field, Hannay was signed by the North Queensland Cowboys at just 15. He played nine seasons for the Cowboys, and two Origins for Queensland. He later went on to play for the Sharks, as well as overseas for the Celtic Crusaders.

His top-level playing career did not end the way he deserved, and he returned home to Queensland and went on to captain-coach his junior club, the Moranbah Miners. After taking out the title with the Miners in 2012, Hannay hung up the boots in 2013 and concentrated just on coaching.

In 2017 he was appointed as assistant coach to Paul Green at the Cowboys, and 2018 he was an assistant coach with the Maroons. Despite not following the straightest path to where he is now, you can just tell he was made to coach.

You can see from how he has handled this season what a professional he is. From everything that happened with Morris, how he has dealt with the press, the number of stars who have been unavailable due to injury, and players being told they were not wanted at the club next year, he would have been forgiven to have just gone into cruise control, do the basics, and then hand the reigns over to incoming head coach Craig Fitzgibbon.

But that’s not who Josh Hannay is.

When Morris was sacked and the first few games with Hannay at the helm were lost, fans were screaming from the rooftops. 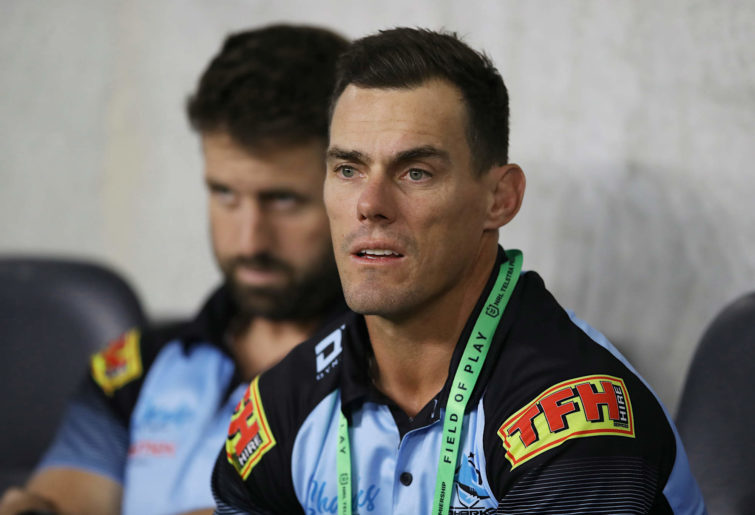 Hannay was in the direct line of fire and took it all in his stride. He stuck to his game plan, supported his players, and kept the focus on trying to steer the ship back on course.

He has made some tough decisions, dropped some big names and shown everyone he deserves to be in the hot seat.

He has said a few times now he was going to keep it simple and just focus week-by-week, knowing that sticking together, getting the basics right, and getting the players to do everything they had worked so hard on in the off-season would pay off.

And now sitting inside the top eight after four wins in a row, he seems to have been right.

Even the most loyal of Sharks fans who were cursing his name earlier in the season are now supporting him. They believe in the person he is and what he is doing.

You can see in his press conferences his passion and love for footy. He is very articulate, doesn’t try to sugar coat or make excuses, and has a sound knowledge of the game. A real footy brain.

On top of all that, he is one of the kindest, most genuine people you will ever come across. And I mean ever. On a personal note, through first-hand experience, the time and kindness Hannay shows to fans – even from other clubs – is just next level. He really is one of the good guys.

In Friday night’s press conference after the Sharks’ win over the Cowboys, Hannay was asked if he thought he had proved he could have a team of his own.

“My ambition is about being a part of something successful,” he said. “Whether it is as head coach or assistant coach… I’m just really thirsty for success”.

This is the kind of person you want at your club.

I have no doubt in the not-too-distant future we will see the words ‘coach’ next to Josh Hannay’s name – minus the words ‘interim’ or ‘assistant’.