Australia’s Olympic swimming team, long the nation’s chief focus and attention and most numerous medal provider during the first Olympic week, has had its roster finalised as of last Thursday night.

The Australian Olympic swimming trials have come and gone, and the 35 men and women who made the cut now await their plane to Tokyo.

So what can we expect in terms of medals and records? The top two swimmers from each individual event – barring being below an event-specific, minimum Olympic qualifying time – secured automatic team qualification.

On the women’s side, we have a clear standout contender in Kaylee McKeown. Only 19 years old, McKeown dropped a world record 57.45 100-metre backstroke during Australian trials, toppling the previous mark of 57.57 set by American Regan Smith in 2019.

Adding to this, although not world records, McKeown owns the fastest times in the current 2020-21 season for both 200-metre backstroke, and 200-metre individual medley.

There will be fierce competition, not least from the likes of Regan Smith, so we will see what transpires come July. However, if current form carries over, McKeown is certainly within reach of a gold medal, if not a lowered world record.

Emma McKeon and Ariarne Titmus are also clear medal contenders come Tokyo. McKeon upstaged veteran Cate Campbell for first in the latter’s pet event, the 100-metre freestyle, and has also thrown pack-leading times in the 50-metre freestyle and 100-metre butterfly, along with second in the 200-metre freestyle.

Finally, it is tough to write off Cate Campbell, once the world record holder in the 100-metre free and now embarking on her fourth Olympic trip. Campbell will surely be looking to redeem things given her Rio 2016 sixth place, off-the-podium finish, despite holding the world record at the time.

On the men’s side, Kyle Chalmers certainly leads the conversation. The defending gold medallist in the 100-metre free, having notched a 47.59 trials time, Chalmers will be hoping that the story remains the same five years on. 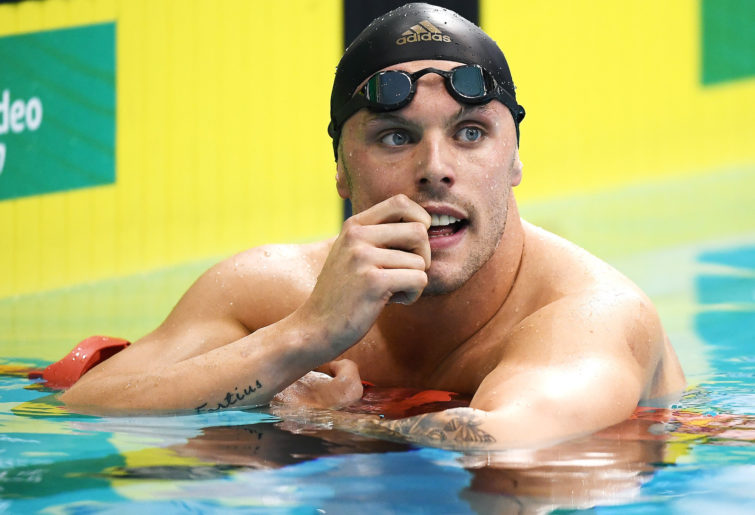 Complicating that has been the emergence of yet another American, Caeleb Dressel. While finishing off the podium in the individual 100-metre freestyle at Rio, Dressel has emerged as a dominant force across sprint freestyle and butterfly ever since the 2017 World Championships.

With the 100-metre butterfly record already in his possession, Dressel is within reach of the 100-metre free record. At the 2019 World Championships, Dressel held off a surging Chalmers to finish 46.96 to 47.08 for gold.

Nonetheless, the world record still belongs to Brazilian César Cielo, who in 2009 clocked 46.91 during the bygone polyurethane super suit era. However, Tokyo could be it for a mark that has now stood nearly 12 years, with one of Dressel or Chalmers the likely man to deliver the coupe de grâce.

There are also other contenders, such as Russia’s Kliment Kolesnikov, who threw down a 47.31 in April. Meanwhile, Chalmers also qualified first in the 200-metre free, which Dressel will not be contesting.

Elijah Winnington appears the rising star in the 400-metre freestyle with a trial-topping 1:42.65. Winnington shapes up as a formidable heir to Mack Horton, who after a 400-metre free gold medal in 2016, could only make the relay team this time around. Winnington also collected the second qualifying place in the 200-metre free, joining first-placed Chalmers.

Turning to the relays, the Aussie women should be able to mount a strong defence of their gold medal 4×100-metre relay effort from Rio. Additionally, the women’s medley relay looks promising, with formidable legs in free, fly and backstroke.

On the other hand, relay medal chances for the men appears less bright, but we do have the exciting debut of a mixed 4×100-metre medley relay on the Olympic stage. At the 2019 World Championships, Australia took gold in this event, and a similar result could play out in Tokyo.

So, with trials done and dusted, we can only wait and see. The team may indeed surpass the haul of three gold, four silver, and three bronze from Rio. No matter what, I am sure that our swim team will keep us entertained during their Olympic week.

They will be sure to provide a spectacle, and a source of keen discussion, not just on the purely medal front. For one, the likes of Cate Campbell and Emily Seebohm will soon become four-time Olympic veterans. At the end of the day, though, the Olympics are time for celebration, and of course, a welcome respite from COVID-induced gloom.