I have heard the question more than once, and the answer is yes, yes there is ice hockey in Australia.

We have rinks all around the country including in Newcastle, Sydney, Canberra, Melbourne, Perth, and Queensland.

Let’s start with the AWIHL.

There are five teams: Sydney Sirens, Melbourne Ice, Brisbane Goannas, Adelaide Rush, Perth Inferno. The competition is short but run over a series of weekends where the teams travel interstate as well as showcasing home games in the respective rinks, competing for the Joan Mckowen Memorial Cup.

The women that compete are at the very top of the game, and are mentors to many young girls who are playing at their respective levels. They not only play within the Australian league but members of each team travel internationally to represent the country both under and over 18 levels.

People underestimate how well our women play, but if you take some time to watch a game, you will see they can easily compete with the men’s league. Check out the YouTube channel for past games and highlights here. 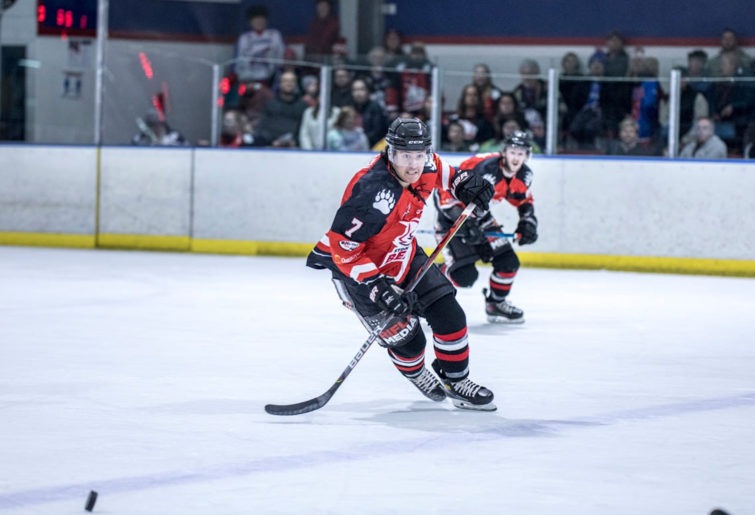 Sydney Bears players take to the ice in the Australian Ice Hockey League. (Photo by Pic by Wulos)

Playing every weekend the teams travel across the country to compete for the Goodall Cup. You can even follow the cup’s adventures separate to the teams on Twitter.

As with the women’s league, the men also compete in both the under and over 18’s Australian tournaments internationally. Again, to check out some past games you can head to YouTube.

In the current world affected by Covid, with travel between states restricted, those of us here in NSW have a smaller competition being presented by the AIHL – the McCormack Cup, which features the Newcastle North Stars, Sydney Ice Dogs and Canberra Brave.

While it is not the normal back to back weekends of hockey that we are used to, it gives us something to leave our houses to support. If you’ve never had the opportunity see ice Hockey in person, check out the above links and maybe I’ll see you at a game.

The Pittsburgh Penguins will be heading into the 2021 NHL draft with only five picks throughout the seven rounds. Their earliest is a second-round…