Carlos Vela could be A-League's greatest ever marquee. Will someone take a chance?

A director of football’s job in Australia when trying to find a marquee signing can be a tough life, especially when you have agents wanting top dollar for the clients they represent.

It’s rare for a player to speak to the media about wanting to live and play in Australia, but one such player did so earlier this year.

“I do not know if I will continue in the MLS, I’ll see. Someday I want to live in Australia. Maybe I’ll go there soon.”

The player in question is the Mexican marvel Carlos Vela and his contract ends at the completion of the season with Los Angeles Football Club and he is free to sign a pre-contract with any team he wants.

There is no argument, the 32-year-old Mexican is a marquee-level signing.

Vela’s claim to fame was that he scored five goals for Mexico as they won the 2005 FIFA Under-17 Championships and had a host of clubs clambering for his signature.

Arsenal manager Arsène Wenger won the transfer race and spoke glowingly of Vela as player who is naturally gifted, quick, intelligent and with very good technique.

His several years at Arsenal proved to be a torrid time as the young Mexican struggled with the physicality and cold weather.

After multiple loan moves to Spain, at Real Sociedad the world was finally able to see his full potential. Vela scored 60-plus goals in over 200 appearances and drew rave reviews.

With his time in Sociedad coming to an end, it was presumed his next move would be to another European team given he was in his late 20s and playing well. It came as a surprise when Los Angeles signed and made him the highest paid player in the MLS. 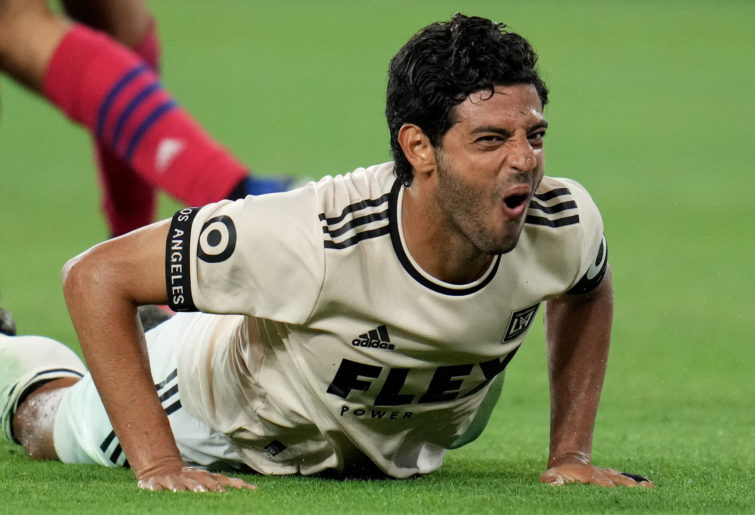 The move to LA has not gone as well as the team would’ve liked, but from a personal level Vela has been bursting the net at a rate he has never done so before. Vela has been paying back his eye-watering salary with a staggering 50-plus goals in over 70 games and counting.

The fact he has come out in public and signalled his intention to play in Australia should have the below clubs that are in the market for a playmaker speaking with the FA for help in trying to obtain his signature.

Adelaide and Brisbane are two teams that have been crying out for a playmaker of this calibre since the days of Marcelo Carrusca and Thomas Broich.

Wellington saw the transformative effect another diminutive Mexican ten had for them in Ulises Davila.

Perth appears to be gradually phasing out the legendary Diego Castro.

But the real wildcard in all this could be Melbourne Victory.

Victory is undertaking a massive rebuild helmed by Tony Popovic and is one of the rare clubs in the league that has the financial backing to be able to go out and sign a player of this stature.

If Vela makes the move to Australia, he would light up this league and instantly boost attendance ratings of the club he signs for and possibly the league.

He is a superbly gifted technician who can play anywhere across the front three or in attacking midfield.

Vela is truly two-footed and loves dribbling at speed against defenders. He will drop into pockets of space and look to thread the eye of a needle with an instinctive pass or whip in a curling cross.

He’s also known for his outrageous goals, which make up many a YouTube compilation. His chips and little dinks over the keeper are a thing of beauty.

The cost to bring Carlos Vela to our shores might be prohibitive. He earns over US$6 million (A$8m) a year with Los Angeles.

But if he is willing to drop his wage and the FA are able to help with the cost of bringing him over, Carlos Vela could spell a return to the heydays of the A-League, where marquee players ruled the land.

The astonishing funding gap between rugby and football: Will Aussie politicians ever give round ball code a fair go?

Why is it no surprise to anyone who plays or watches football in Queensland that the sport receives a fraction of the infrastructure funding rugby union gets with far fewer participants?

The astonishing funding gap between rugby and football: Will Aussie politicians ever give round ball code a fair go?

Ondrej Duda’s injury-time miss could have been the match-winner in Cologne’s 1-all draw with RB Leipzig.

Despite their best – and illegal – efforts to keep the Bees out, Wolverhampton went down 2-0 in the Premier League.