Coleman's challenge: He can win the room, but are the right people in it?

There’s a scene from the Tom Cruise hit movie Days of Thunder when Cruise’s character (Cole Trickle) states that “There’s nothin’ I can’t do in a race car”. To which Robert Duvall’s character (Harry Hogge) replies, “Well there’s only so much I can do with a race car!”

Trickle couldn’t finish a race because the way that he drove continually wore out the tyres. There was no question that he was fast – but the way he drove was in excess of the car’s capabilities.

The pivotal part of the movie – highlighted in this clip – came when Hogge challenged Trickle to drive however he wanted for 50 laps. Then on a new set of tyres – the way Hogge desired.

I’ve mentioned in previous articles Dr Cliff Mallett from the University of Queensland.

Mallett was head coach of relays in the 2004 Olympic Games. In those games Australia won its first men’s track relay medal in over 50 years – a silver medal in the 4×400-metre relay.

Individual athletes have high ego orientation. As national coach, Mallett had to manage athletes from all over the country. It wasn’t just the athletes, he had to manage their coaches also. They were pretty healthy in the ego department as well! Most coaches on appointment talk about bringing everyone inside the tent. Unfortunately, despite their best efforts, it’s easier said than done.

Mallett though succeeded and needed to because he had limited control over their individual training environments. How? Firstly, through ascertaining the motivations of all stakeholders, he was then able to leverage in order that relay preparation was incorporated into daily routines. Individual athlete preparation is significantly more sophisticated than that adopted in professional rugby.

As anyone that watched the recent Amazon documentary on three Australian swimmers vying for selection to the Tokyo Olympics will attest, foot position on the blocks, faulty turn technique and even breathing on the last stroke to the wall can be the difference between first and eighth. I also recently heard on a podcast that if the number one high jumper in Europe did just one more weights session than prescribed, his whole season would be destroyed.

Also consider that in 2015, Mick Byrne spent one session per week during the Super Rugby season with every New Zealand Super franchise coordinating the skills development required for the All Blacks’ World Cup campaign. The skill sets within that team are still the best of any team in history.

Fast forward four years and Michael Cheika asked the same of Australia’s four franchises (the Force were out at this stage). The response from all: ‘Not in a game week!’

So, referring back to Mallett, his ability to integrate relay-specific training into individual athlete programs required significant skills in the understanding of motivation then subsequently in negotiation. Further, in doing this over 12 months out from competition – and with timing of peaking down to the minute – there was no guarantee that athletes would qualify and be selected for the relays if they did qualify. This highlights even more the Everest-like undertaking.

Once the team was set the strategy then moved to modelling and forecasting based on every possible variable to establish the benchmarks for preparation and performance. With those set, it was then about ensuring the environment was maximised for achievement.

After qualification for the final, the coaching group recognised that while they had the right athletes, the running order was wrong.

Mallett consulted with the other coaches then brought the athletes in. They were a few hours from the final and he told the athletes who would run the final. Then he said to the whole team: “We want you guys to sit down over the next 20 minutes and work out the running order”.

The coaching staff came back in the room 20 minutes later and the athletes had chosen the exact same running order that the coaches desired.

A few hours later they came back with a silver medal. Mallett has since said that based on comparison with the other teams, that with every part of the preparation maximised and each of the runners executing their best, a silver medal was all that was possible.

Given the magnitude of the moment, it was a brave move. But the environment created with the coaching and athlete group over a 12-month period was salient. A key component was ensuring that everyone had a voice and to enable that culture, it was mandatory that ‘debate, disagree and commit’ ensured that no opinion was overlooked.

This required huge EQ from the head coach, and this is something that Mallett, an expert on motivation, had and has in spades.

Mallett more recently was given kudos for Paul Green’s initial success with the North Queensland Cowboys.

It’s no simple irony that the ‘debate, disagree and commit’ mantra keeps arising in high-achieving environments.

How do both of these stories (one fictional but topical, and the other very real) relate to the current state of coaching in Australia?

1. If there are issues with the interdependent system or individual and collective capabilities aren’t maximised, the system and individuals within it will always fail. Coach expertise is reduced to the lowest common denominator and in terms of player output, if we can compare the human body, the vehicle for performance, to a race car, it’s similarly affected. If the alignment is out, range of motion compromised, or protective mechanisms aren’t enabled, it doesn’t matter how good the driver (coach or coaching team) is.

a. The ability to train at intensity for duration is compromised
b. You can’t maximise skill, power, speed, and endurance
c. Injuries increase – particularly when players are put under load they aren’t ready to handle

2. Alignment doesn’t just refer to the body. It refers to organisations, teams, coaching and playing groups. There are many factors that affect alignment. In this article I’m going to refer to two: the right people and winning and keeping the room. With both of these, a culture of continuous individual and group improvement can emerge.

Which leads to the Waratahs and news that Darren Coleman has been appointed head coach of the Waratahs.

I had stated in a previous article that he was one of the coaches that should be considered for the role.

He is someone of high integrity. Leading in to 2011, Coleman was promoted from the academy to attack coach by then-Brumbies head coach Andy Friend.

It’s been well reported that a number of senior players that wanted Friend removed manipulated the board to have the decision vetoed. Despite accepting and signing a new contract, Coleman was forced to step back into the academy role.

Despite the bitterness he must have felt, Coleman remained loyal to the team and the coaching group. He didn’t kick stones, he just focussed on coaching as well as he could at the Brumbies. He supported both Friend and Stephen Larkham (who was given the attack role) in his continued capacity as academy coach.

After Friend was removed and despite being a loyal colleague and friend, which I’m sure added to the bitterness, he continued remaining loyal to the team and the interim coaching group. When potential head coaching suitors were being canvassed, he didn’t contact them to try and shore up a role in the new regime. To be fair, none of the coaching staff did – they just focused on doing what they could to get the best out of the season.

It’s also clear Coleman can win and keep a room. He’s done it consistently for over 20 years in countries spanning from Canada, Italy, Japan and obviously Australia. In a recent article in the Sydney Morning Herald, examples of how he held the Warringah club together after significant tragedy and his care for lower-grade players at Gordon abound. 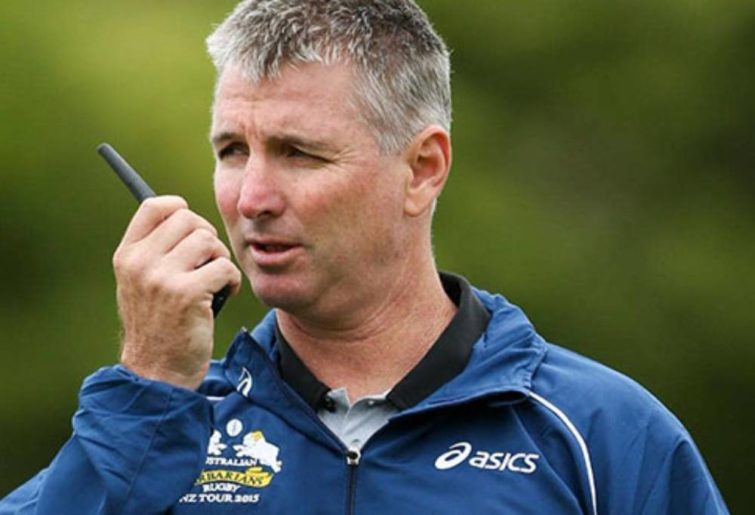 Darren Coleman has been appointed as Waratahs coach (Rugby Australia)

A room can be lost with one action that doesn’t match words. It can be lost through imparting someone else’s cultural framework or through accepting and or modelling actions and behaviour that don’t match the organisation’s desired culture.

In line with Mallett’s case study in motivation, there is the interview with Ewen McKenzie I referred to in previous articles. He clearly talks about culture and the coach as the custodian of it. But a key component of success and continued buy-in (keeping the room) is that the culture is developed with the group so that they own it. Success is then governed by continually referring back to it – through actions and selection as an example, to make sure it’s important in terms of the group’s way of doing things.

This was also a key part of Mallett deferring decision making to the athletes at a pivotal time. He couldn’t defer selection to them – because that would have turned into a blood bath, but because the culture they had developed ensured that decision-making was about what was best for the collective outcome he was confident that the team would come up with the right running order. More importantly though, through debating it, ensuring clarity around the decision, they owned it.

It was then an easier mindset shift to execution.

Recall David Parkin’s ‘sacrificial acts’ that underpinned Carlton’s success and its influence in the initial cultural discussions with the Crusaders.

These actions owned and modelled by the coaching and playing group often drive why players buy in. Through it, they believe that they can get better with you as the coach and that assists in keeping the room.

However, it’s almost impossible to both win and keep the room if the right people aren’t in it.

Much has been said about the Waratahs’ playing list and from all reports, it’s pretty set for 2022. This is where one of Coleman’s clear strengths will be blunted in the short term: recruitment. However, to be as successful as he has, building a high quality culture is clearly a strength and this article has highlighted the environment as salutary to success regardless of expertise.

When he took over the Brumbies, Jake White jettisoned over 270 Test and 800 Super caps of experience for a young and fresh list. Eighteen months later they played in a Super Rugby final. The key: staff!

The employment of Laurie Fisher and Dean Benton in terms of individual development expertise was crucial for the success that followed in the short term and since.

Dean Benton maximised the efficiency and the output of the race cars, which allowed Fisher to develop key skills to maximise that output. White was the talisman and the ‘El Cid’. It also allowed Larkham space to develop in the backs role.

Marketing guru Simon Reynolds wrote a book in the late ’90s called When they zig, you zag. One of the recommendations he had in the book was ‘hire slow, sack fast’. He went on to point out that organisations spend little time and money on recruitment, while often years and insurmountable amounts of money trying to fix recruitment mistakes.

Coleman will need to decide whether the expertise and values he needs exist currently in the organisation or whether he needs to hire externally. He’s just entered the honeymoon period of the role and he’ll find new best friends coming at him from everywhere.

His first challenge that could easily define the next 12 months will be sifting through all of that and assembling a staff that can take the current group excitedly forward.