Tszyu’s rise to preeminence in Australia has been a swift and thrilling affair but with the sudden withdrawal of Michael Zerafa from their July 7th bout in Newcastle, Tszyu (18-0, 14 KO’s) is left with truly little competition at home.

Boxing may well be a business for many of today’s top fighters but money aside, should Tszyu wish to take his career to the next step and solidify his place in boxing’s lexicon of greats then he must travel, and now.

Tszyu is currently ranked in the top five in three of the four major boxing organisations and has been on the cusp of a world title shot for some time but as Douglass Fischer, Editor-in-Chief of the prestigious Ring Magazine told The Roar, Tszyu’s popularity at home might be delaying his chance at global recognition.

“It’s never a bad thing for a fighter to be a star in his home region, but for now, it is delaying his international-level fame and it could prolong his first shot at a title a little longer,” says Fischer.

Tszyu has undoubtedly built his reputation feasting on the best Australian fighters in his short but exciting career but as many fighters from these shores have found out, the world is a mighty big place. It’s also full of exceptional fighters.

Tszyu may not be ready for the likes of unified champion Jermell Charlo-an argument for another day-but there are plenty of big names Stateside that can offer both world level experience and exposure.

Former world champion Tony Harrison (28-3-1, 21 KO’s) is one such fighter that Fischer would love to see Tszyu tackle.

“I think he’s ready for other legitimate contenders, said Fischer.

“I would aim for accomplished former titleholders, who have made names for themselves in the North America and Britain.

“Tony Harrison, who is The Ring’s No. 7-rated contender, immediately comes to mind.

“The Detroit native owns a win over unified champ Jermell Charlo and was competitive with Charlo in their rematch.

“Both fights were on the FOX network here in the States and Harrison talks a good game, too, which should help the promotional build up to a showdown with Tszyu.

“I also think Harrison has seen better days and is ripe for the taking vs. a young bull like Tim.”

The opportunity to fight big names in the U.S isn’t the only thing that Tszyu could benefit from should he decide to travel. 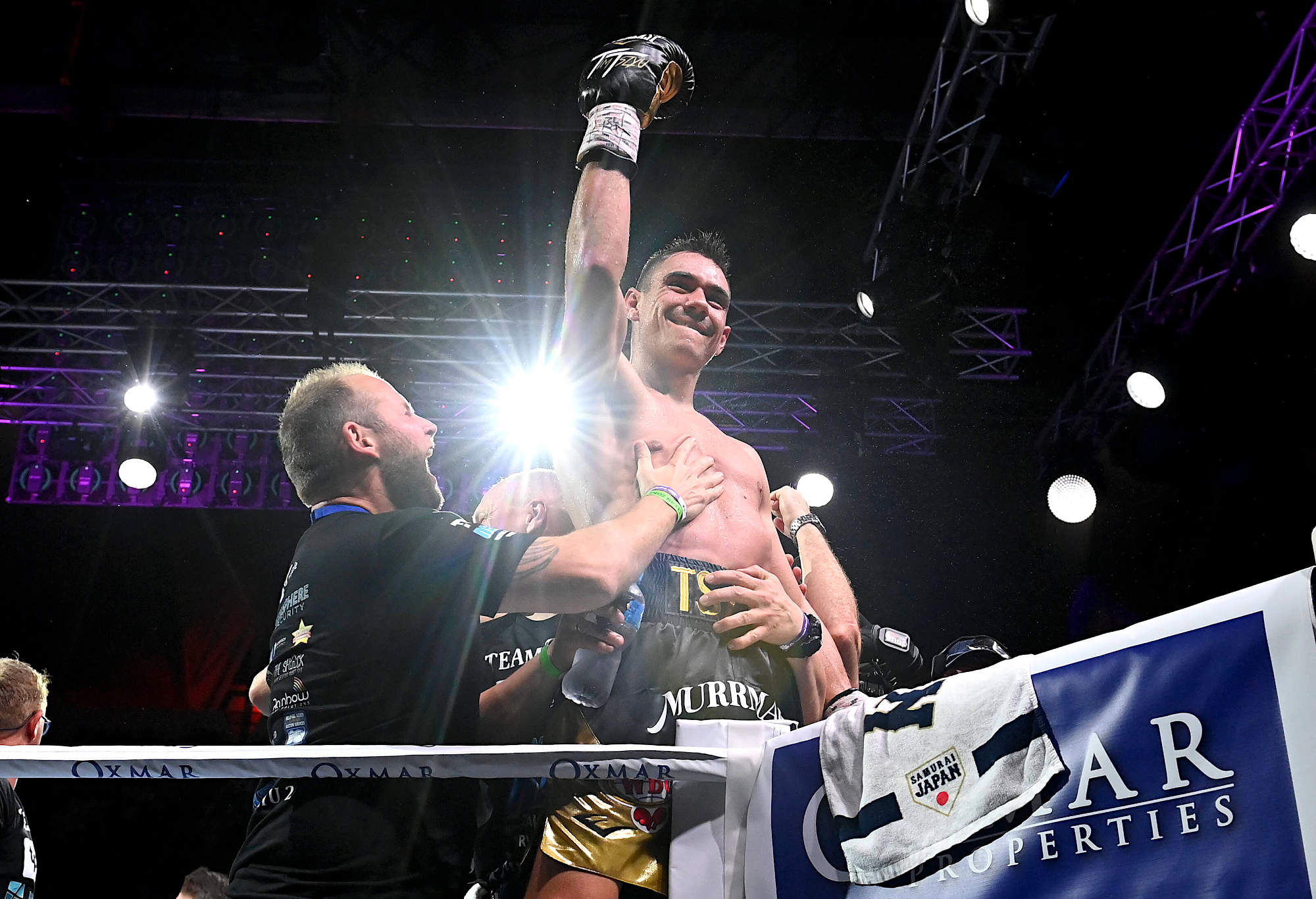 Boxing is unquestionably a niche sport here in Australia and as such, the chance to train and spar with elite level competition is difficult.

America is littered with gyms full of fighters who battle night and day against each other in the ring. You only have to look at the likes of Floyd Mayweather and his infamous dog house rules or the calibre of fighter that walks through the door of Freddie Roach’s Wildcard gym on a daily basis to see how much experience is to be gained by time spent Stateside.

Fischer believes that Tszyu doesn’t have to make any permanent move but is also of the opinion that there is much to be gained outside of Australia for Tszyu in terms of training and exposure as well as bigger name fights.

“I don’t think he necessarily needs to move to the U.S., because whatever he’s doing in Australia is obviously working for him, but I think it might be a good idea to try to have full camps in America prior to fighting here,” Fischer said.

“He would certainly get good sparring in if he were based temporarily in Southern California or Las Vegas.

“It would also give the U.S. media/public more of a chance to get to know him.”

Marketability is huge in the sport of boxing. If you don’t sell, it’s a hard slog to make it but as we’ve seen with Tszyu’s expeditious rise to the top in Australia, people want to see what all the fuss is about.

Sure, the name sells itself in some regards, but no fighter can make it on name alone. Julio Cesar Chavez was one of, if not Mexico’s greatest fighter and his son failed miserably when attempting to match his father’s feats but Fischer believes that Kostya has instilled some of the same attributes in his son that made him a hall of fame fighter.

“Kostya Tszyu was the ultimate competitor,” he said.

“I’m sure he instilled an incredible work ethic and high standards into his son, so my guess is that Tim is mentally strong and emotionally mature enough to handle any and all pressures that come with his climb up the junior middleweight rankings.

“And it never hurts to have name recognition or storylines for the media to play off of.

“When he makes his U.S. network debut, I’m sure there will plenty of clips of his fight highlights next to his father’s, perhaps even comparing the two.

“This will set the expectation bar very high, but I think Tim is up to the task.”

Barring an unthinkable upset when he faces unheralded replacement Steve Sparks (12-1, 11 KO’s) in Newcastle next week, it’s safe to say that Tim Tszyu is more than ready for the next chapter in his career. The world awaits.

The younger brother of Tim Tszyu, who was watching on from the corner, had his opponent on the canvas early in the bout, before…