Going into the 2020 Giro d’Italia, the 24-year-old from Fremantle was without a contract, with his team NTT having lost their major sponsor.

Fast forward to June 6, 2021, and O’Connor is recuperating with his French team in the Alpine ski-resort town of Tignes, having broken through for a win on Stage 9 of this year’s edition of the Tour de France.

O’Connor smashed his rivals in the breakaway to the tune of five minutes, and has moved himself up into second place on the General Classification behind defending champion Tadej Pogacar.

It’s been a stunning turn-around from a man who has become West Australia’s first stage winner at a Grand Tour.

O’Connor first burst onto the scene at the 2018 Giro d’Italia, where he impressed by keeping pace with the race leaders at points during the mountains, before crashing out while in 12th position overall on Stage 19, having dropped many of his top-ten rivals.

After this impressive showing at a maiden Grand Tour outing, he endured a quieter 2019, before bouncing back with some wins at lower-level European races in the early part of 2020. 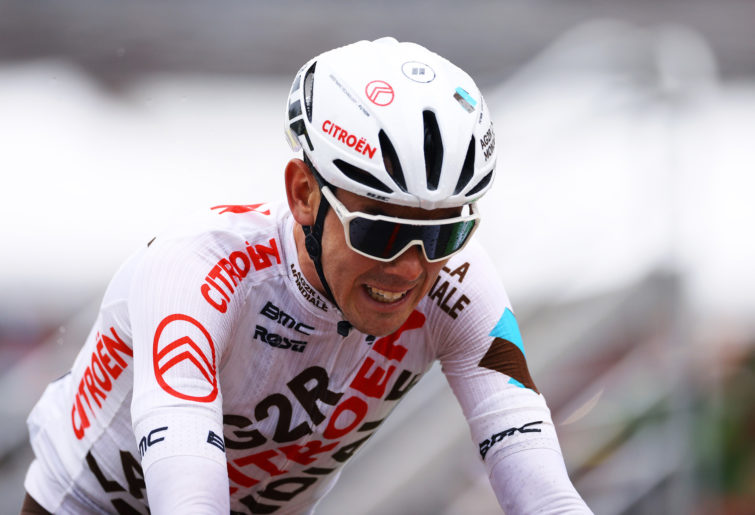 His talent as a climber wasn’t in doubt, but O’Connor had raised expectations high in his first Grand Tour experience, and the 2020 Giro d’Italia would prove to be a sliding doors moment.

After a gut-wrenching second place to Slovenian Jan Tratnik in a two-up sprint to San Daniele del Friuli on Stage 16, the West Australian would bounce back to triumph from a second breakaway on Stage 17’s ascent to the Madonna di Campiglio in the Italian Alps.

This performance caught the attention of French team AG2R La Mondiale, who were looking for some fresh climbing talent to replace longstanding French hope Romain Bardet.

It was a bold move from both parties, with O’Connor leaving the comfort of an English-speaking environment to join a French team with higher expectations.

The West Australian performed well at the Tour de Romandie, with an eighth place overall and second on the queen stage to Thyon, ahead of compatriots Richie Porte and Lucas Hamilton, and former Tour champion Geraint Thomas.

This result sparked talk for AG2R that O’Connor could be given the prestigious leadership role for a French team at the Tour, and a strong performance at the Criterium du Dauphine, the Tour’s major lead-in race, cemented O’Connor’s spot at the Tour, along with a surprise contract extension.

O’Connor was caught up in one of the many major crashes in the first week of the Tour, and required ten stitches, indicating a resilience to pain, another crucial quality for a professional cyclist wanting to succeed in a Grand Tour.

Besides his strength, O’Connor’s mindfulness under the pressure of leading the race was also impressive, carefully conserving energy throughout the stage, and refuelling thoroughly before the big assault on the final climb.

Can O’Connor finish on the podium in Paris? His performances so far suggest he has the legs to match it with the best for the remaining four mountain stages, on a Tour route that is less brutal than in recent years, but Week 1 form can prove fickle in the third week of a Grand Tour.

One untested facet of his skill set may be the time trial, a discipline in which he is less proficient, and where riders like Rigoberto Uran could leapfrog him.

Regardless, this spectacular ride has shown that we may be seeing much more of this talented young West Australian in the years ahead.

With other emerging riders such as Jack Haig and Lucas Hamilton waiting in the wings, the future of Australian road cycling appears bright indeed.