Wallabies captain Michael Hooper led a Captain’s Run with a difference today with a light workout at the team’s Sanctuary Cove base instead of the traditional session at the matchday stadium.

The Wallabies kick off their winter commitments on Wednesday night at Suncorp Stadium Brisbane with the first of three Tests in 11 days against a weakened France team.

After the session, Hooper faced the rugby media where he gave big wraps to some of the relatively new faces in his team – including Brumbies flanker Rob Valetini.

Hooper recalled first taking notice of Valetini, who will make his starting debut, on the Wallabies 2018 spring tour during a training session in Japan where the 193cm, 113kg giant made quote an impression.

“He put a few big shots on, had a couple of big carries against some other big bodies. He’s physically an impressive rugby player, the ideal build for a back-rower and it’s all ahead of him.

“From there he had a couple of setbacks with injury and building into his body but he’s found the confidence that’s now really visible in his rugby.
“He was consistently exceptional all year. Confidence is everything for a player and he’s got a lot of it at the moment.

“It’s up to him now to take that opportunity to go to another level at Test level and it’s exciting for us and for him.”

Hopper and Valetini will be joined in the back row by Harry Wilson, who said last week that he thought Hooper was more “relaxed” than in the past. It was a puboic suggestion that appeared to catch Hooper a little by surprise.

“I don’t know. That’s for other people to say. Maybe ‘Wilso’ is just giving me a bit more stick now. He’s a bit more confident and comfortable so he’s giving me a bit more.
“Last year was his first year in the environment so now he’s poking a bit. He stirs the pot. I’m glad he said that in the media.

“He’s been impressive along with Bobby, he’s another person throughout the Trans-Tasman series for in particular was playing some really unique football and has an impact on both sides of the ball. It’s a tight little back row combo.”

‘I’m an absolute midget’
Hooper will be playing for the first time in almost two months after a six-month ‘sabbatical’ at Toyota Verblitz in Japan. He was asked if his condition would see him last the contest.

“We’ll see – it’s hard to say before kick-off and how the game develops – whether it’s going to be a slow and attritional or really upbeat or up tempo – we’re prepared for both.
“Personally I haven’t had a game in a while but the lift in intensity here has certainly been noticeable. The size of some of these guys I forgot about a little bit.
“I’m an absolute midget in this pack. It’s good to be around these guys and tomorrow night is going to be a fun one I think.” 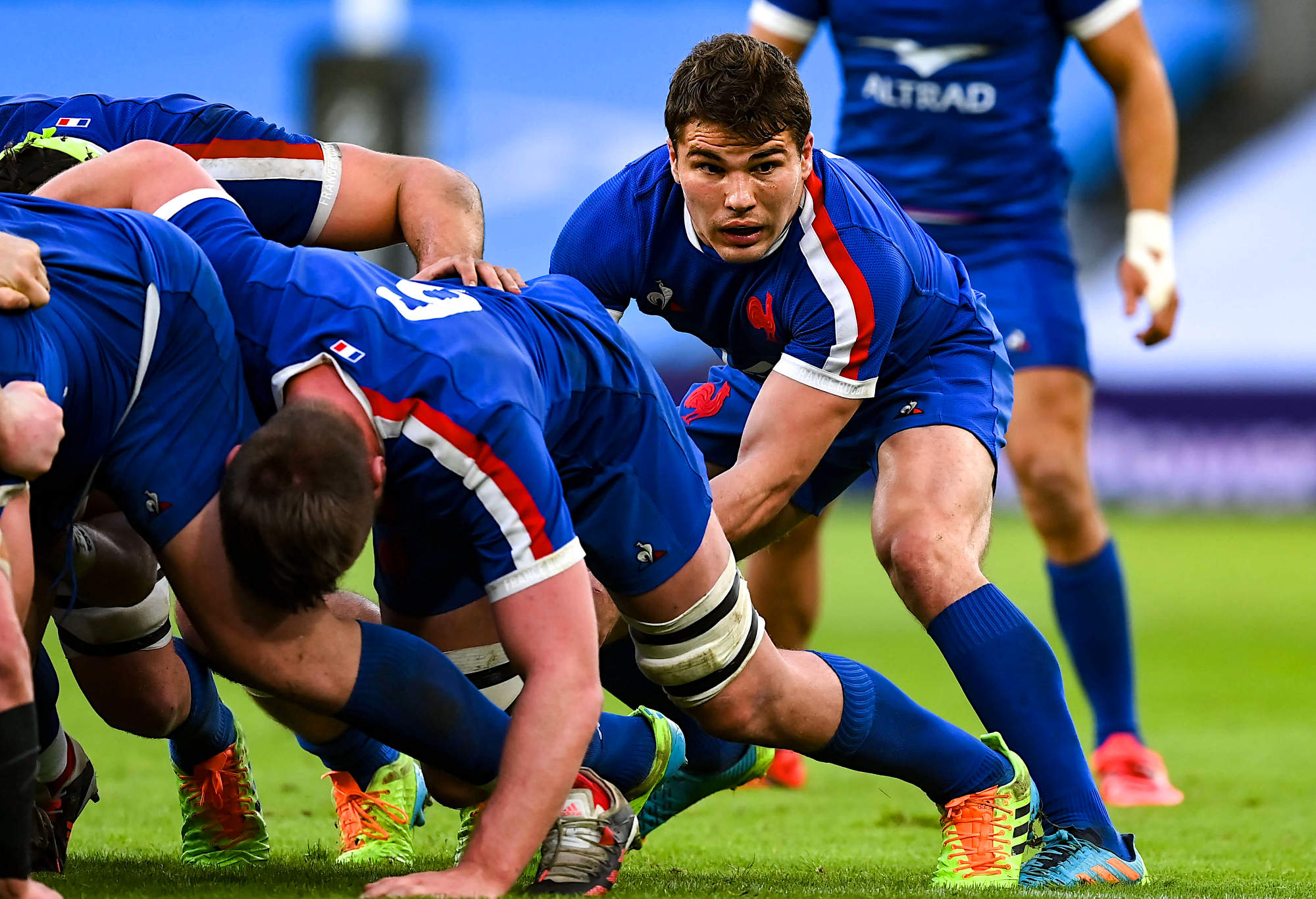 ‘They’ll come out firing’
Hooper was asked how much time the Wallabies have spent looking at their opponents.

“The first part of this camp was to focus on us – you only have a short period of time to get some of your structures done,” Hooper said.

“In saying that there are a lot of things we’ve built off last year that have flowed on. Because of that we had a lot of days that were super full at the start but we’ve been able to put a bit of time into the French team now.

“There are obviously some players who did or didn’t come and anyone can make whatever of that and we have focussed on the guys who have come out, which does paint a bit of a different picture when you watch a six Nations game and then you have guys who aren’t here.

“It’s been a learning experience for all of us and there will be a little bit of unknown. They wouldn’t have played with each other for a little bit of time sort of like us so we’ll know a lot more come Thursday morning.”

The French have been in quarantine for the past 14 days, allowed out for training but nothing more. It’s an experience that the Wallabies experienced ahead of their stirring performance against the All Blacks late last year and one that Hooper believes can boost the French squad.

“It is a pretty good camp environment, quarantine,” he said.

“You’re on top of each other, you’ve got no external distractions.

“It can be tricky because it’s unusual and you’re not able to go out, but being on top of each other can breed some good bonds and forces guys to spend time within the team.

“They’re going to come out firing, we know that.

“There is nothing but quality in the Six Nations competitions up there and some of the firepower they have across the park, it’s going to be a great little series and a challenging one in that it’s three games across 11 days.”

He said it would also prove a handy taste of a different style of rugby for the Wallabies newcomers with a spring tour at the end of the year.

“[Being a northern hemisphere side] doesn’t really change our preparation for the games in terms of there are things we try to keep stable and in terms of what we can control, however it’s more about the stuff they’re going to bring. What their team dynamic is, what they’re like on the field – it’s probably a little bit different to who a lot of our guys have played.

“A lot of our guys, even those who are in their second year with the Wallabies, haven’t been up north and it’s a great opportunity to experience that style in a condensed little block before we do go up there.”

‘There’s a trophy on the line’
Hooper was also asked about the importance of the series in the wider context of the Wallabies winter commitments, especially looking ahead at another potentially bleak Bledisloe campaign.

“Every game’s important. There is trophy on the line and they are a top European team at the moment with plenty of firepower and we’ve got a unique experience here to play three games in 11 days.

“We want to win them. Players have been [publicly] talking about winning and that’s what we want to do.

“We’ve been putting in the work and the reason why is to get a result and we don’t want to shy way from talking like that.
“We spoke about what kind of mark we want to leave in Australian rugby and future generations of players – guys who are 14 or 15 – we would love to see them seeing a winning team in this series.”