What's gone wrong for the Sunrisers in 2021 so far

The Sunrisers Hyderabad are currently the worst team in the IPL.

The above statement would’ve seemed improbable just eight months ago. After a slow start to the season, Sunrisers Hyderabad finished off in style as they won five out of their last seven games and fell just one game short of the grand final.

The Sunrisers were expected to be competitive in IPL 2021. They retained most of their core from their 2020 playoff run and added some quality depth in Mujeeb Ur Rahman and Jason Roy.

The 2021 season started out in the same way the 2020 season did for the Sunrisers – with successive losses. Sunrisers were at the bottom of the table early on just like they were in 2020. There wasn’t much concern as Sunrisers had a similar start to last season and they only lost by a few runs in each of their first three games.

However there were some troubling signs during this stretch of games, one of the biggest being a lack of consistency. Sunrisers batted well in the first game against Kolkata, but bowled quite poorly.

Just the opposite was true in the next two games as Sunrisers were able to bowl well, restricting the opposition to less than 155 runs in both games, but faltered while chasing the target.

Another problem was a lack of contributions from the middle order. Once David Warner, Jonny Bairstow and Manish Pandey were out, nobody was able to step up and hit a decent score.

A nine-wicket win in their next game against the Kings XI Punjab seemed to give the side some life, as they went toe to toe with table toppers Delhi Capitals in their next game, however they lost in a super over.

Sunrisers should have beaten the Capitals, however once again, their middle order wasn’t able to contribute much. Virat Singh scored four runs in 14 balls, and none of the other middle-order batsmen scored more than ten runs.

Despite this, Sunrisers were in a winning position, however they weren’t able to finish as Delhi defended four runs off three overs to force a super over. This game caused the Sunrisers to lose morale as they were easily beaten by Chennai Super Kings in their next game.

With Thangarasu Natarajan and Bhuvneshwar Kumar injured, the side continuing to lose, and with the team being at the bottom of the table, Trevor Bayliss decided to shake up the team.

However, a shake-up really was not necessary as most of the losses were in close games and the team was dealing with some key injuries. Despite this, the Sunrisers went ahead with the shocking decision to drop their captain David Warner from the playing XI even though he had scored 193 runs in six games so far.

The shake-up backfired spectacularly as the boss lost the support of the dressing room, looked directionless without the captaincy of David Warner, and ultimately lost by 65 runs to a subpar Rajasthan Royals side.

The Sunrisers currently sit at 1-6 and at the bottom of the table after the IPL was postponed due to a COVID outbreak.

This season looks to be unsalvageable for the Sunrisers as they have to win almost all of their remaining seven games in order to make the playoffs.

However, if the team is fully healthy again and coach Bayliss realises his mistake of taking Warner out of the XI, there is no reason why the Sunrisers can’t come back and finish the season strongly. 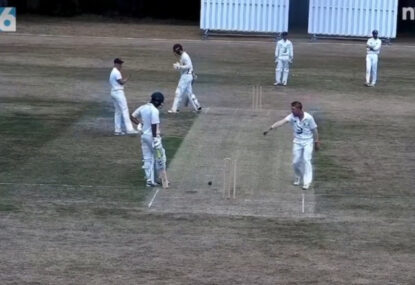 Let's analyse a potential XI for the Sunrisers. Sunrisers Hyderabad were the only team where getting three wickets (usually of David Warner, Jonny Bairstow,… 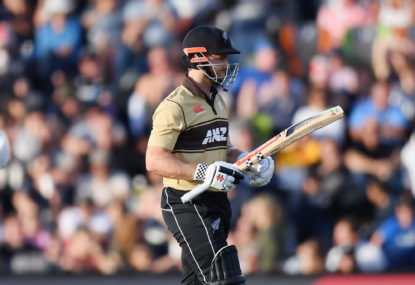 ‘We want to see younger players’: Warner dropped in IPL

David Warner, one of the giants of the Indian Premier League, has again been dropped by Sunrisers Hyderabad, the team where he has become…

‘We want to see younger players’: Warner dropped in IPL