Emotional Danes’ unique mindset has them primed for England upset

Former Denmark goalkeeper Thomas Sorensen, an expert panellist for Optus Sport’s coverage of the Euros, previews the Denmark vs England semi-final for The Roar.

A lot has been made of the special circumstances around Denmark’s progress to this stage, and while it has been a combination of a few things, we shouldn’t forget that they have a good team, and this is not a fluke.

I didn’t call them making the semi-final but Denmark were my wild card because they have a close unit and players from the big leagues across Europe.

There was the high going into the tournament, having convincingly won their three recent World Cup qualifiers, and then the absolute low with the Christian Eriksen incident.

To turn it all around and qualify after two losses, although they had played really well in both, showed where the team is at.

There is no doubt they are coming into this England game with a unique mindset, which makes predicting an outcome difficult.

They are running high on emotion, but they have also come together as a team in a way that you normally wouldn’t see.

I have been in a football environment. It can be macho. People don’t always want to show their true emotions.

The Euro semi-finals and final are now available free to watch live on Optus Sport plus don’t miss the live and exclusive coverage of the Copa America.

Having shown that vulnerability, having been down in the dumps has brought them together. Running those extra yards, helping their teammates out, that’s added another layer to the big expectations on this team in Denmark.

Generally, I think people thought if we got to the quarter-finals it would be a great tournament. Obviously now another step is fantastic.

And it’s not like we’re done and dusted. I think they have a realistic chance of pushing England all the way.
My emotions are nothing like what the players have experienced but I am Christian’s friend, and was his roommate when he entered the national team.

Because I played for Denmark I had access to tickets and some of my best friends used them for that opening game and were sending me pictures when they were out in Copenhagen drinking beers with thousands of fans before the game.

Then to hit that surreal state during the Finland game where it stopped and everyone felt ‘what’s going on here?’. That was probably some of the worst feelings I’ve experienced. I’m glad that I wasn’t there in the stadium – that would have been horrific.

Then to get the positive news that he’s good and we can try to move on from there, and then to see the team responding in a positive way… They have been one of the most convincing teams even though they lost the first two games. It’s been a great story and a great turn around.

And we forget that if the worst case had happened and he’d not come through it, would we even have finished the Euros? They probably would have had to cancel it. 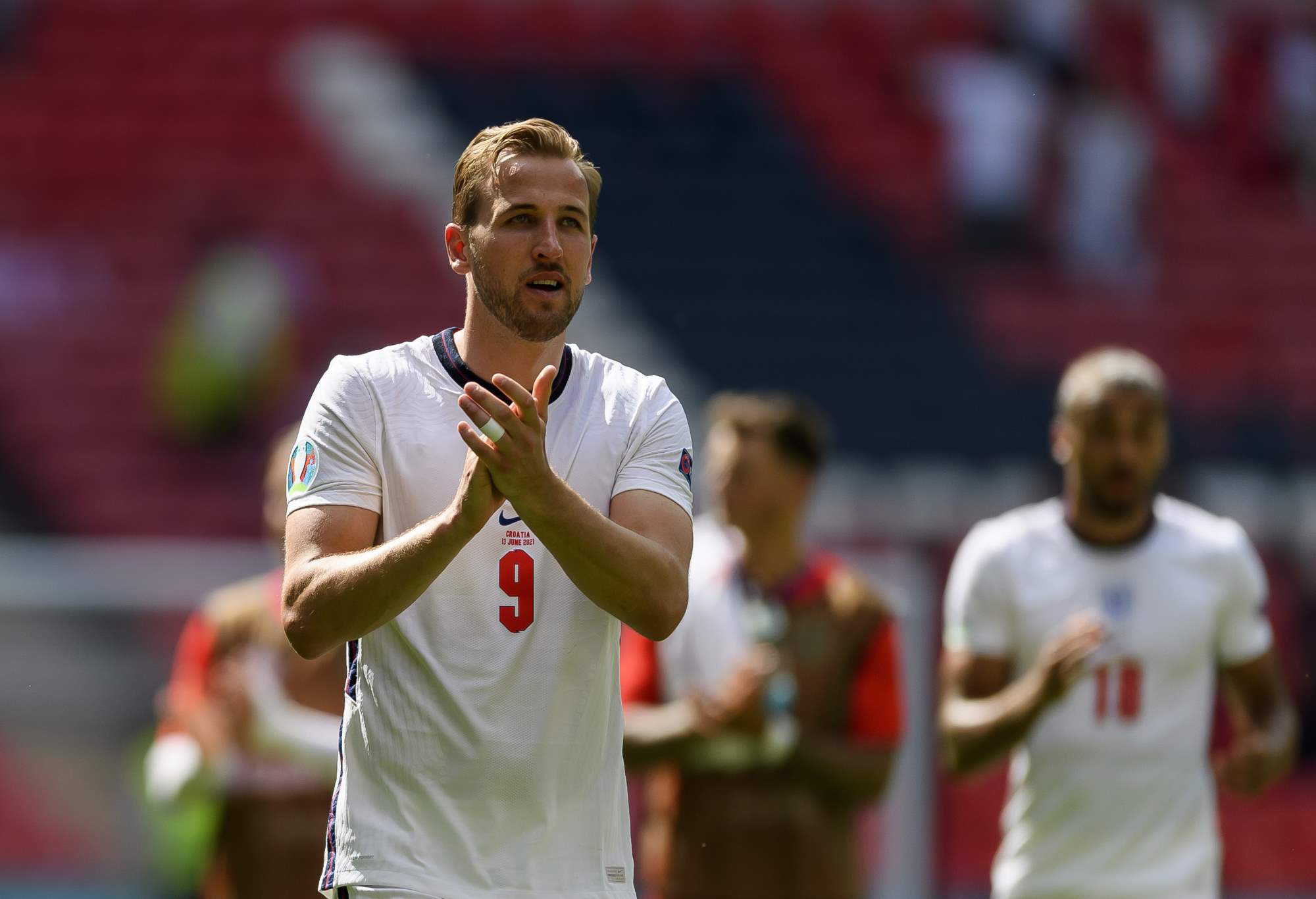 I see this game as a 70-30 in England’s favour. They are playing at home, they look solid and well-organised, have a lot of pace at the back and now Harry Kane has started scoring and Raheem Sterling is playing so well.

Denmark, though, have had some good results against them in the past eight years or so. In November they won at Wembley after Harry Maguire got sent off.

And Denmark have some strong players through the team. Kaspar Schmeichel is a top class keeper, the defence is strong and they will create chances.

Taking their chances has been a weakness in the past – they had 22 shots to one against Finland and lost – but Kaspar Dolberg has three goals now and looks to be playing with confidence.

England aren’t giving anything away. If you went back a couple of years they always looked a little bit shaky at the back. Jordan Pickford was always felt like a bit of a liability but he’s looked solid as well. The defence was meant to be their weakness but they haven’t conceded in their five games – that’s what swings it for me in England’s favour.

Honestly, I haven’t been too impressed by what England has produced attacking wise, but then they have moments when they create something out of nothing.

The Ukraine game was probably the most impressive they’ve played. Even looking at the Germany game, they could have lost that. If Germany had been a bit sharper, if Thomas Muller had scored when through one-on-one … it was a tight one.

As a Dane, the thing that worries me most, along with Kane starting to fire, is the options and depth they have.

Gareth Southgate has tinkered a lot with his starting teams and I was critical of that approach at first. I always think it’s a strength when you’ve got a settled team, so it’s a little odd to me that Jack Grealish comes in, changes a game then doesn’t play, then Jadon Sancho comes in having not played.

But when you’re winning there is no argument.

I’m still unsure about Southgate. Tactically I’m not always on the same page as him but I think what he’s done is he’s managed it well. That’s the credit I can give him. He’s always calm, always seems to be in control.

The players relate to him well and they have a great rapport with him. That’s been a problem for England in the past, they’ve gone off the rails. He’s kept them grounded, kept them focussed.

They have a lot of young players, a lot of talent, and some players who are big names who haven’t played as much as they would have wanted. And yet you haven’t heard anything negative coming out of the camp.

Everyone seems to be on the same page. That’s credit to the manager because sometimes you’ve got a lot of egos there things can slip out to the press. But winning makes it easier to have everyone buy in.

This is their moment. They’ve got a good team, they’re playing at home and they’ve got the support.

If England ever has a chance of winning something it has to be now.

You can catch the England vs Denmark game at 5am on Thursday on Optus Sport.

Thomas Sorensen
Expert
Thomas Sorensen is a former goalkeeper who played 101 times for Denmark and in more than 300 Premier League matches before finishing his career with Melbourne City. He is now a pundit with Optus Sport.

Despite their best – and illegal – efforts to keep the Bees out, Wolverhampton went down 2-0 in the Premier League.