WILL GENIA: Why I'd opt for Noah and Tate, and loved Hunter's 'ballsy' play

The Wallabies were a bit rusty and got caught playing how France wanted them to in the First Test, but it was a good performance from the perspective of fighting back and getting the win.

Wallaby teams in years gone by probably don’t come back and win that game.

Michael Hooper was inspirational, and Dave Rennie was excellent with his substitutions – all the guys who came off the bench made an impact towards the win.

The two things that stood out for me, looking ahead to the second game, is I would love to see Tate McDermott start at halfback and Noah Lolesio get another opportunity as well.

You could see Jake Gordon was a little bit tentative having just come back from injury. He was looking to feel his way into the game, which is understandable.

I thought he passed well and kicked well but there was a lot of space to run into, in and around the ruck area, and we saw Tate take better advantage of that when he came on.

I’m sure Jake will be better for the run whether he starts or comes off the bench next time.

But Tate was excellent. He does need to work a bit on his core skills in terms of his passing and kicking, but his ability in and around the fringes to sit down those defenders and play guys into space made a huge impact.

There’s a little inconsistency with his pass, mainly on his left to right. He probably doesn’t trust it enough. That’s not a slight on him.

He’s a great kid and I know how hard he works because I’ve done things with him. But it’s just an area he needs to focus on and if he can do that he becomes almost the complete player.

He’s only young and if he continues to work on it, grows and improves, he’s got the ability to have the complete game. His ceiling is incredibly high.

I’d like to see Noah given an opportunity to start all three games, or even two and play the 80 minutes.

It’s important to allow him to feel his way into Test rugby and have the confidence and backing of the coaches to say ‘you go out there, you run the team and feel what it’s like at this level.’

Chopping and changing can hurt a young kid’s confidence. You start to feel you can’t express yourself on the field because you’re in and out of the team.

If he gets consistency of selection he gets comfortable with the guys inside and outside him. They get used to his voice and he gets to grow into Test rugby, starts to understand what he can do and what he can’t do, and what he needs to work on to be a better player at that level.

I loved his drop goal attempt. It showed to me he’s got the confidence to take the game on when they needed to get the win.

I loved that he took it a couple of minutes before full-time because then they were a chance of getting the ball back.

That’s the biggest thing that stood out for me about the game. He’s a kid who’s going to back himself, regardless of how the big the situation is, and in my opinion it was the right decision. 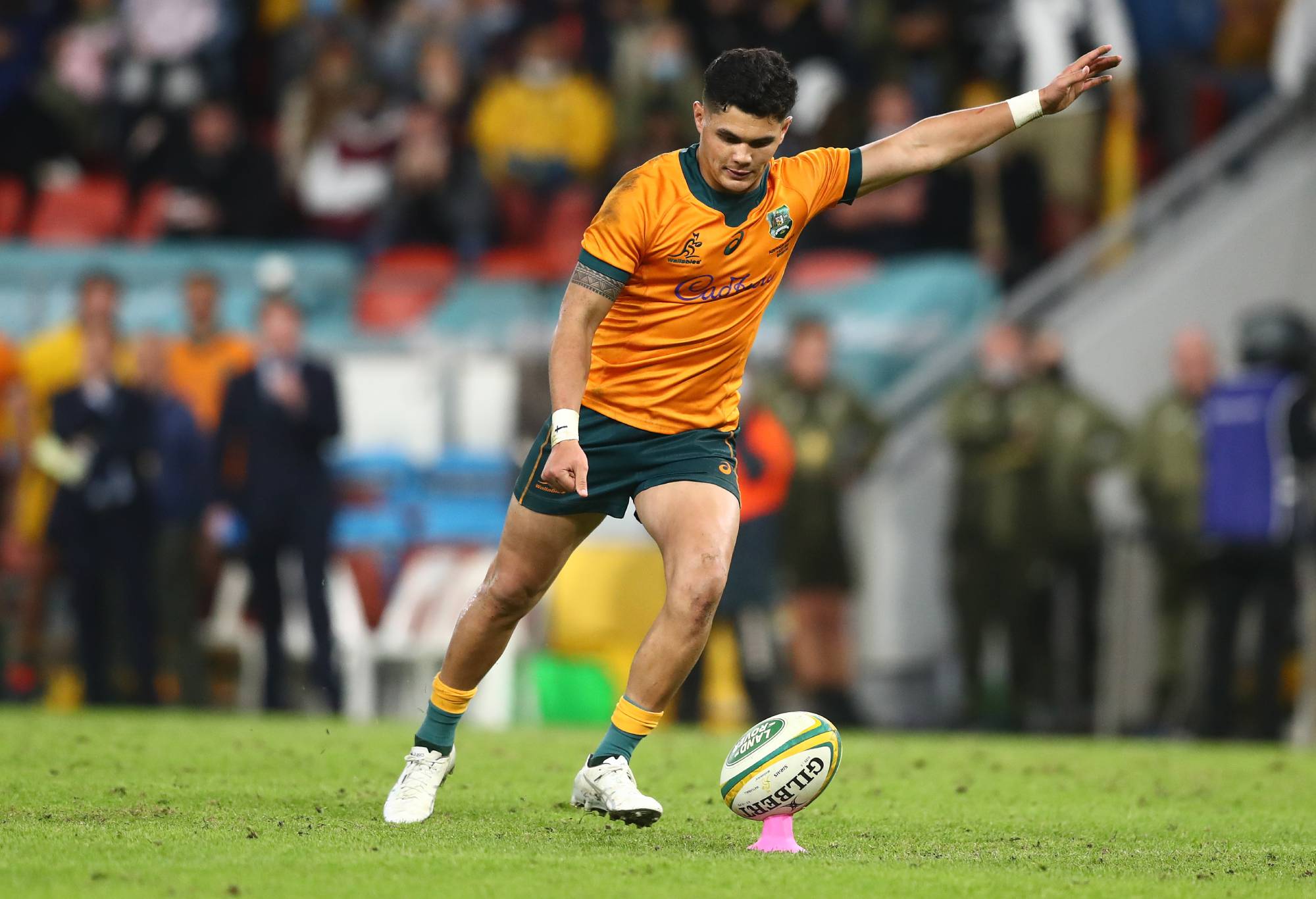 James O’Connor is the incumbent No.10 and rightfully so – I’m not saying he’s ancient or his time’s up. But if he’s 50-50 or even 70-30 you give Noah another crack in Melbourne and maybe James can play the last Test.

There were promising signs elsewhere as well. Hunter Paisami’s decision-making around whether to carry or pass was excellent and he was a physical presence in the midfield.

What I really enjoyed was his cross kick towards the end. That takes balls, that takes courage to try that play. If that’s a metre shorter Andrew Kellaway is scoring and everyone is raving about it.

Hunter’s in his second year of Test footy and he’s already identifying that space and executing that kick.

We’ve been crying out for guys in our midfield who have the skills to be able to play that. The All Blacks do it in their sleep. I was so incredibly stoked that we’ve got guys out there who will back themselves at a crunch time.

‘We need to keep possession’
In Melbourne, I’d love to see us try to hold the ball more on the counterattack. A lot of the time the French will exit from inside their 22 and we’re catching the ball around the 40.

I’d like us to hold the ball and build pressure and maintain possession that way. Once we build phases you can tell we get them short on the edge and you can get the ball in the hands of guys like Marieka Koroibete.

Then after several phases space also starts to open up through the middle. I think we got carried away trying to play that kick over the top footy with them, rather than looking to hold onto the ball.

The French don’t want to hold the ball. It’s understandable, considering their preparation, that they’re looking to play the game in a very simple way. If we can put pressure on them by maintaining possession and making them work, that’s where we looked good in Brisbane.

A lot of times after one or two phases France would kick long or put a contestable kick up. We got stuck wanting to go blow for blow with them by playing that kicking game. When we looked good was when we held onto the ball and looked to build pressure through phases.

But while we were rusty, the game could have been completely different but for some fine margins.

If you look at the Hunter Paisami try that was called back and the grubber he put through for Tom Wright – even Hunter’s cross kick at the end – they were moments that changed the whole context of the game.

If Hunter scores that disallowed try at the start we would have had more ascendancy and more confidence in our game.

All in all, though it was encouraging and I was really impressed with the last passage of play. All France had to do was win the ball and kick it out but we put the pressure on them at the lineout and forced the scrappy delivery.

Tate’s desperation to get to that ball stood out. It would have been so easy once the ball was knocked down towards the French side for him to clock off.

But he pushes up on the outside, gets the loose ball and off the back of that they get the winning play.

That comes back to process – sticking to the game plan rather than looking for a big miracle play.