A big surprise in England’s new squad is the absence of Sam Hain despite averaging under 60 in list A cricket and no Stuart Broad despite the lack of experience among the England seamers.

To open the batting I’ve chosen James Vince and Phil Salt, two names relatively known in Australia with their BBL exploits over the past few seasons.

With 16 ODI caps to his name, James Vince hasn’t done justice to his international ODI numbers. However, he has plenty of list A experience and should be expected to open in the first ODI. It could be argued that this may be Vince’s final gig in ODI cricket should he fail this series.

The best player available in this squad to complement Vince is Phil Salt. An aggressive batsman, Salt will be looking to take advantage of the field restrictions and go all guns blazing from ball one.

To round off the top four is Dawid Malan and Ben Duckett. Malan brings plenty of white-ball experience through franchise leagues, list A cricket and T20 internationals. If he can replicate his T20 form into ODI cricket, then England will be in with a chance of causing a shock or two.

Ben Duckett will have been waiting nearly five years for another ODI cap, having last played an ODI against Bangladesh in 2016. Now 26, England fans will be hoping he’s matured as a batsman and understands his game enough to play international cricket again.

At No. 5 is captain Ben Stokes. No introduction is required for Stokes, who will be relishing leading a highly inexperienced ODI XI. Alongside his batting and captaincy, Stokes will be able to bowl a few overs if required.

At No. 6 is wicketkeeper John Simpson. The 32-year-old would’ve never seen this coming, but with a host of players out due to isolation and injury, Simpson finds himself as the likely candidate to be the keeper.

To finish off the top seven is Lewis Gregory. An all-rounder who can give it a whack with the bat and has a range of change-ups, Gregory will be tasked with the finishers role and bowl as many overs as possible.

To round off the XI with four frontline bowlers, I’ve gone ahead with Craig Overton, Brydon Carse, Saqib Mahmood and Matt Parkinson.

Overton made his ODI debut in 2018 and will have been waiting three years between drinks for another ODI game. Add in his batting abilities, which England like in their ODI line-ups, and he’s almost a shoo-in for the XI.

Carse will play the role that Mark Wood plays normally: blasting batsmen out with raw pace. Mahmood has been backed heavily by Eoin Morgan based on potential, and there’ll be pressure on him to perform in this series.

The spinner is none other than Parkinson, who I rate highly. One of the few leg spinners who are ready to play all forms of international cricket, Parkinson is a brilliant understudy for Adil Rashid. Watch out for Parkinson to slow it down to the low 70s in order to deceive the Pakistan batsmen through a lack of pace and flight. 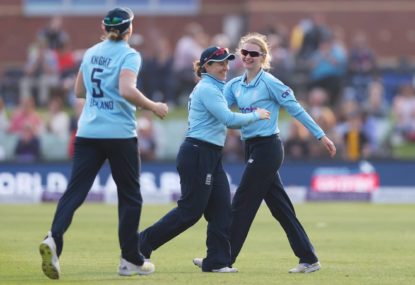