NRL officially Queensland-bound for the next month

The NRL will shift 12 clubs into southeast Queensland for at least a month to escape NSW amid an alarming increase in the number of COVID-19 cases over the weekend.

All NSW and ACT-based clubs will be moved into three dedicated hubs in Brisbane, Sunshine Coast and the Gold Coast by Wednesday, while Melbourne and the three Queensland-based clubs remain in their home cities.

Games will be played out of Suncorp Stadium, Cbus Stadium or Sunshine Coast Stadium, while the exact location of each team is expected to be finalised on Monday.

Over the next 48 hours, clubs will scramble to finalise their bubble roster of 41 people including players and staff who will be flown on a chartered flight into Queensland.

The call came after an emergency ARLC meeting on Sunday as coronavirus case numbers across the weekend reached 127 in Greater Sydney, with a warning that cases were expected to be more than 100 on Monday.

It triggered a swift response from the NRL, which has moved to prevent the suspension of the competition.

“The commission has conducted an extensive risk assessment and it is clear from the current data trends that the risk to the competition is too great to continue playing in NSW right now. We are seeing close and casual contacts with links to our game on an almost daily basis,” said chairman Peter V’landys.

“Rugby League is also an escapism for people during difficult times and it’s important we do everything we can so our fans can continue to watch rugby league every week especially whilst in lockdown.”

It’s understood there will be considerations made for families to join the hubs over the next month, which would be a huge relief for players considering the sudden move.

Cronulla coach Josh Hannay said he was yet to speak to his players about the relocation but would be supportive of any who decided to remain at home for family reasons.

“I wouldn’t assume that situation arising, but I also don’t know,” he said after Sunday’s 20-12 win over the Warriors.

“If that was the case then you could understand.

“There’s so much uncertainty around at the moment, and obviously family comes first. There are going to be some delicate conversations going on over the next two or three days. We’ll support every player with whatever decision they make.

“We’ll get to work tomorrow and we’ll have a thorough discussion around what the future looks like. For the players, they need to have some big discussions with their families. They’ve got to go home tonight and digest all this.” 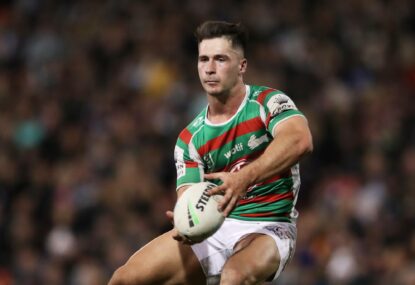 France World Cup predicted squad: Robinson on board, but can he fire French to victory?

France have a horrendous draw, but have their best squad in years and the Roosters boss behind them.

France World Cup predicted squad: Robinson on board, but can he fire French to victory? 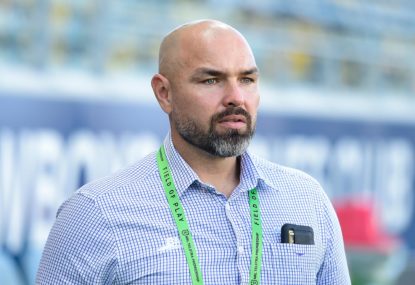 Freddy lauds Green for 'one of the greatest coaching efforts ever'... and it's not the 2015 premiership

Brad Fittler believes Paul Green's effort coaching the Cowboys to the 2017 grand final is his finest hour at the helm. 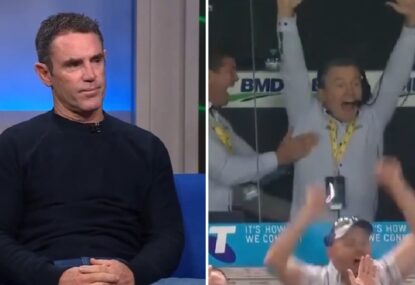 Freddy lauds Green for 'one of the greatest coaching efforts ever'... and it's not the 2015 premiership