Euro 2020 has not disappointed.

From the moment the Italians opened the tournament in style, through the tragedy that struck the Danes with the serious health concerns of Christian Eriksen and the powerful home-based charge of the English, the event has produced in spades.

Now just two nations remain in what looks a compelling and intriguing final where identifying the winner appears a mighty tough task. With one more successful tip, the voice of the crowd will have done it again and triumphed over the so-called experts.

Good luck with your selection and be sure to enter it in the sheet below to have a decisive say in the final standings. Here is the way the panels sees the Euro 2020 final playing out.

It’s coming home, isn’t it? Such is the stranglehold the English-speaking media has over the world game, the mere act of failing to publicly declare your undying love for Gareth Southgate’s men tends to lead some of their more spirited fans to want to lock you up in the Tower of London for treason. But put aside the more self-congratulatory elements of their fan base and England really are a very good football team.

From memory, I tipped England to finish as runner-up in the tournament, but I can’t see them coming off second-best against Italy. The major point of difference will surely come in attack, with Harry Kane and Raheem Sterling always looking likely for the English while Ciro Immobile continues to fire blanks. 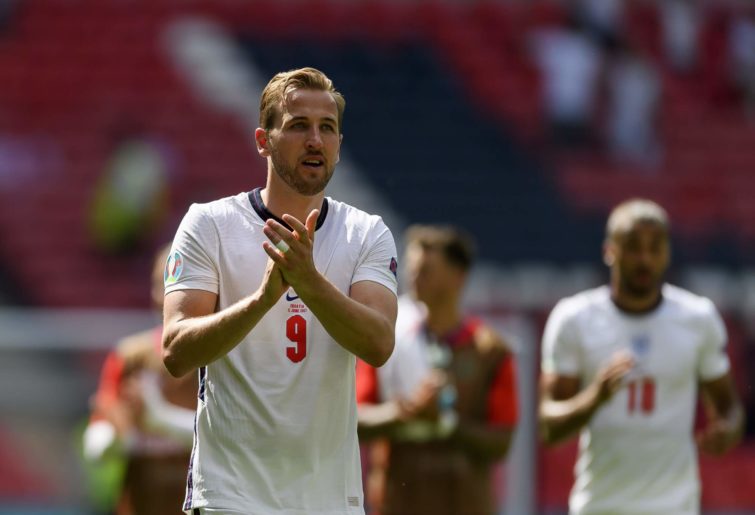 The Azzurri might have had better luck starting the bullish Andrea Belotti up front but with Roberto Mancini loathe to change a winning team, I reckon this is England’s final to lose. They’ll be noticeably nervous but a spirited Wembley Stadium should see them surge home.

In spite of potentially annoying the English folk who have come charging throughout the week even further, after my column that accurately questioned the empire as the true home of football, I still have the courage to cheer on the Italians in what looks an epic final.

After the dodgiest of penalties saw the Three Lions triumph over the brave Danes, I’d like to think that there is some sense of justice in the world and the team that, in my opinion, has been the most consistent throughout the tournament earns the right to hold the trophy aloft come Monday morning. Gianluigi Donnarumma to save everything that comes his way and Italy to be the 2020 Euro champions.

This is it. Italy and England in the final courtesy of 120 minutes of drama in the semi-finals, both looking to spearhead a dominant period in European competition and both with the weight of a nation on their shoulders. Expectation is high, failure is not an option, winning is the only way to win the hearts of the fans and respite from the insatiable media.

The sublime skill and confidence of the Italians will outshine anything that England can offer early on. It will be men against boys. If you thought Raheem Sterling went down cheaply, this will be a masterclass from the Azzuri. They will frustrate and bait the crowd with every free-kick, and the panic will spread through the England defence whenever Ciro Immobile gets on the ball in a one-versus-four situation.

As nervous as they are in defence, the miraculous pace of Kyle Walker will be their saviour, mopping up behind the busy John Stones and Harry Maquire and preventing more unpredictable distribution from their short-armed goalkeeper.

With an hour gone and no goals, Italy knocking on the door and the home fans just shouting incoherently in confusion, a breakaway by Sterling will draw players to him. He will slip the ball to Kane, who shoots first time from well outside the box and the ball floats in over the despairing dive of Donnarumma; a goal that Papiss Cisse would be proud of.

The burst of emotion throughout Wembley, London and England will be orgasmic. England have 28 minutes to hang on. Jack Grealish is told to put his tracksuit back on.

What we endure for the remainder of the game is a procession. Italy attacking slowly and methodically, England committing no one to attack and relying on the solitary figure of Harry Kane to relieve pressure with short bursts. Free kicks for Italy are launched into the area as time runs out, Federico Chiesa shooting wide from ten yards as the ball falls at his feet, sinking to his knees in disbelief as Jordan Pickford pretends not to be able to find a ball behind the advertising hoardings.

The arms go up, Gareth Southgate and Roberto Mancini embrace as Wembley descends into madness around them. The fans cannot get any more worked up, there are faintings, clothes are off, there is lots of crying, smashing of seats, fighting and hugging. Robbie Williams’ Angels blasts around the stadium. England have won the Euros. It’s incredible. The best team didn’t win. You heard it here first.

They probably could not be described as epic semi-finals, yet both were on a knife-edge until a result was finally confirmed. Italy did what they do best in very tight matches by holding their nerve in the penalty shootout, while England were given a huge test by their amazing Danish opponents before eventually prevailing.

The home final at Wembley Stadium gives England a huge psychological advantage. They are on a roll, having scored ten goals while conceding only one from a direct free-kick. Forecast weather for Sunday evening is once again for fine and mild conditions.

Confidence is sky-high across the Three Lions squad and my expectations are for their big guns especially Raheem Sterling to shine when it matters the most. Italy started like a rocket during the group stage, yet through the knock-out stages they have only done enough to win through each time in close encounters and conceded goals on multiple occasions.

The key for the Azzurri will probably be not conceding first, keeping things tight and then taking advantage of counter-attacking opportunities to convert. Lorenzo Insigne and Immobile must be at their peak to take such chances.

Consistent with my prediction before the tournament started, I’m tipping England to take the title and win in normal time.