Is there a more cursed national team in world football than England? How they managed to lose this morning’s Euro 2020 final to Italy will be a subject of sociology studies for years to come.

Take nothing away from the Italians, who didn’t panic despite going a goal down as early as the second minute after England defender Luke Shaw volleyed home at the far post.

Much of that is regrettably on Southgate. And it is regrettable, because for the past five years the former England international has proved himself to be one of the most thoroughly decent human beings on the planet. 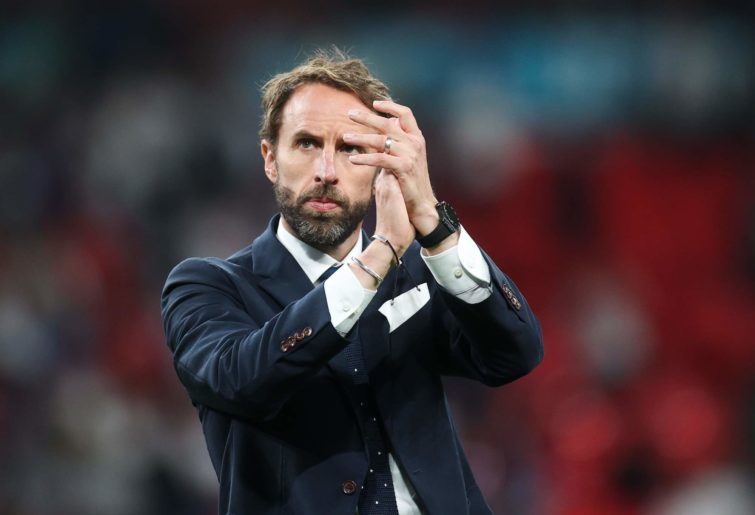 But his game management of this morning’s final will come under some serious scrutiny after he introduced both Marcus Rashford and Jadon Sancho in the final minute of extra-time specifically to take penalties, only for the two youngsters to miss from the spot.

Even more puzzling was his decision to allow 19-year-old Bukayo Saka to take England’s fifth penalty of the shootout, with the youngster promptly seeing his nervy spot kick saved.

It’s worth pointing out that while Saka is still a teenager, Italian goalkeeper Donnarumma is himself only 22.

But when it came to the shootout it looked like boys against men – even if the outstanding Jordan Pickford still managed to save from both Andrea Belotti and Jorginho.

It takes some kind of effort to win a shootout after going behind in it, and Donnarumma – who wasn’t exactly the most popular man in Italy after forcing a money-spinning move from Milan to Paris Saint-Germain over summer – showed exactly why he’ll be the Italian number one for years to come.

The Azzurri shot-stopper was as ice-cold as the rest of his teammates in saving from both Sancho and Saka, although the key moment was actually substitute Rashford clattering the foot of the post with his stutter-step penalty.

Those stuttering approaches to the penalty spot simply never seem to work, and England have now won only 22 per cent of their major tournament shootouts – or literally two of nine – marking the lowest ratio of any European nation to have been involved in three shootouts or more in a World Cup or European championship.

And perhaps that’s what they deserved after dominating the first half before sitting back and retreating into their shell.

With the Azzurri finishing with 19 shots on goal to England’s six after holding on to 66 per cent of the possession, you can hardly say the Italians didn’t deserve to find a way back into the game.

But if losing on penalties is a cruel way to finish a tournament as runners-up, then England’s collapse is positively Shakespearean in the depths of its tragedy.

It’s hard not to feel desperately sorry for youngsters Saka and Sancho, to say nothing of Rashford and Pickford and the rest of the England squad.

Penalties are a test of a player’s mental fortitude at the best of times, but it’s telling that Italy’s youngest taker in the shootout was 26-year-old Domenico Berardi.

It’s hard not to wonder why the likes of John Stones and substitute Jack Grealish didn’t step up to the spot, while just as curious was the decision to introduce Jordan Henderson into the game as a second-half substitute before taking him off again before the shootout.

But England fans hardly need a forensic analysis of this morning’s failings. What they need is a stiff drink.

Congratulations to Roberto Mancini and his fine Italian side on deservedly winning Euro 2020.

And commiserations to England. They are quite possibly the most cursed team in international football.