With the series officially under lock and key, New South Wales will shoot for their  first clean sweep of Queensland since 2000 in the third and final State of Origin match, and the first to be played on the Gold Coast, on Wednesday night.

Originally, the match was due to be played at Stadium Australia in Homebush, until a major COVID-19 outbreak in greater Sydney saw the match moved to Newcastle, where McDonald Jones Stadium would’ve been permitted to host a maximum capacity of 75 per cent.

Then, the NSW Government advised that it would not permit any major sporting event in the state to be played with a crowd, so the decision was made to shift the match to Cbus Super Stadium on the Gold Coast.

It means that, for the first time in Origin history, one state will host the entire series, with Townsville and Brisbane having already played host to the first two games.

Having already lost the series, the Maroons are going to need to get all the help they can as they attempt to avoid a humiliating series whitewash, having suffered an embarrassing 26-0 loss in the second game at Suncorp Stadium.

Only seven months after they won the series in stunning fashion, the Queensland class of 2021 wrote their names into the record books for all the wrong reasons, suffering their first shutout loss on home soil to go with the 50-6 thrashing they copped in Townsville.

Their woes have only got worse, with Jai Arrow kicked out of the squad after bringing a woman into the team’s hotel last week, in a major breach of the game’s COVID protocols.

David Fifita has also been omitted due to suspension, while Kyle Feldt and Andrew McCullough have also been dropped. With McCullough’s omission from the side, Ben Hunt will start in the hooking role for the Maroons.

Broncos enforcer Tom Flegler and Hamiso Tabuai-Fidow have both been called up to make their Origin debuts, while backmen AJ Brimson and Kalyn Ponga have both been recalled.

While the Maroons’ changes have been unforced, the three that have been made by the Blues were forced, with Panthers pair Jarome Luai and Nathan Cleary both omitted due to injury, while Knights enforcer Daniel Saifiti also drops out due to a rib injury.

Into the side come debutants Mitchell Moses and Apisai Koroisau in the number seven and fourteen guernseys, respectively, while Dale Finucane has earned a recall to replace Saifiti.

Seven months after losing the unloseable series, Brad Fittler and his side have hit back with a vengeance this year, with thumping victories by 50-6 and 26-0 in the opening two games in Townsville and Brisbane. 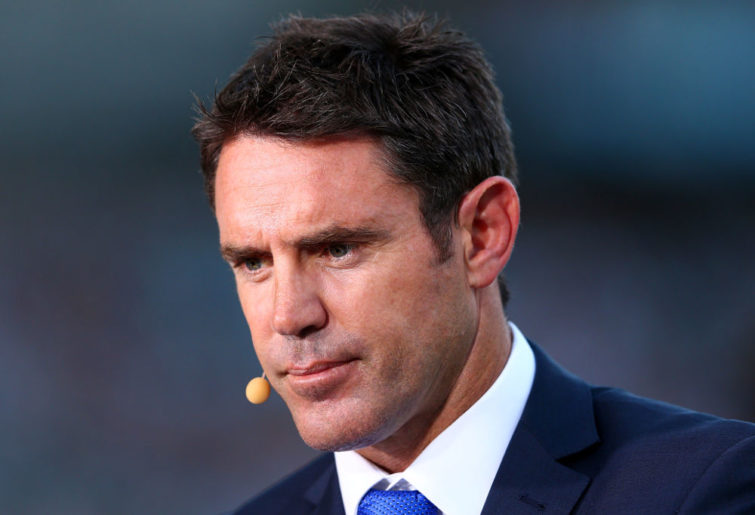 With the final game moved to the Gold Coast due to the COVID outbreak in New South Wales, the Blues have the chance to further rub salt into the wounds of the Maroons, who on the flipside will surely be playing for pride tomorrow night.

On a more serious note, the Blues will be wanting to lift the spirits of the millions of Sydneysiders who have been locked down indefinitely, with no certainty as to when the shackles will come off the Harbour City.

At stake is the chance to whitewash the series; if they score more than 28 points in the third game they will break their own record for the most points scored by one side in Origin history, which currently stands at 104 in the 2000 series.

The last time the Blues clean-swept a series, Bob Carr was the state’s premier, John Howard was the Prime Minister, GST was a month away from being introduced and the Harbour City was exactly 100 days away from hosting what would ultimately be dubbed “the best Olympic Games ever”, among other things.

They also had the chance to clean-sweep the series in 2003, 2014 and 2018, but on each occasion they lost the final game at Suncorp Stadium; the first of these instances saw a future tormentor named Cameron Smith make his debut for the Maroons as they won 36-6.

But with all the woes surrounding the Maroons, a golden opportunity beckons for the Blues to nail the final nail into their rivals’ coffin and how sweet would it be for them if they win their third game of the series behind enemy lines.

Meantime, with the worsening coronavirus outbreak in greater Sydney, it has been announced that all nine Sydney-based clubs, plus the Newcastle Knights, Canberra Raiders and New Zealand Warriors will all relocate to Queensland in a bid to keep the NRL season alive.

The plan is for the clubs to be based in the south-east of the state, with matches divided across Suncorp Stadium, Sunshine Coast Stadium and Cbus Super Stadium.

The teams to be based in the three Queensland hubs are as follows:

Where the clubs are based at will be where they will play their home games, so for example, a match between the Dragons and Panthers would be played at Suncorp Stadium.

Their Round 22 match will take place in the Friday twilight slot, right before the Broncos and Roosters clash at Suncorp, making for a potential double-header at the ground.

It also means Brisbane league fans will have at least one more chance to catch supercoach Wayne Bennett in the flesh, with the Dragons to host the Rabbitohs at Suncorp in Round 20.

If the coronavirus situation in Sydney gets worse, it is possible that the rest of the season will have to be played in Queensland, culminating in a possible Suncorp Stadium grand final, which, as I suggested in this article, would pump millions of dollars into the state’s economy.

For the NRL to safely return to New South Wales, it has been reported that the state must record two weeks without any community transmission, which at the moment does not look like happening anytime soon.