“It is not the strongest of the species that survives, nor the most intelligent; it is the one most adaptable to change.”

I recently listened to the Wandering Bear Podcast and an episode with Simon Cron, current head coach of Japanese Top League team: Toyota Verblitz. It gave a great insight into the life of a professional rugby coach and what it takes to stay ahead of the game. Cron spoke of looking to others to learn and grow his own knowledge and skillsets and identifying current trends to stay on top.

It got me thinking about current and past trends of the game and how Australia has potentially fallen behind in this area.

Being an ex-flyhalf, I won’t be diving into the dark world of scrums or mauls, you couldn’t pay me to stick my head in either. I won’t pretend to know what I’m talking about when it comes to defence (four tackles and two misses a game were defensive stats Id have been happy with).

I would like to focus on attack though, and how we in Australia went from once setting the trends in this area, to not being able to keep pace in more recent times.

Born in 1991, I was lucky to be old enough to remember the golden era of Australian rugby.

It was names like Larkham, Horan, Roff and Tune that made me fall in love with the game and had me dreaming of one day wearing Wallaby Gold. They played with flair and creativity, it seemed they were able to score points at will from all parts of the field. They were innovative and had skillsets to match.

The All Blacks too, had some sensational players, capable of playing a game plan which unlocked defences and captured the fans imaginations.

It was this style of play that made rugby the hottest ticket in town, culminating in a Bledisloe Cup game that would see 109,000 fans walk through the gates of Stadium Australia at Homebush to witness The All Blacks beat the Wallabies 39-35 in 2000. I was there that night, and although we lost the game; I can still remember the pure joy and adrenalin we left the stadium with that night.

Fast forward 20 years and the game here in Australia couldn’t be further from this point.

There are many factors for this, many of which have been discussed on this platform. Living in NSW and watching the struggles of the Waratahs have magnified all these issues. This year the Waratahs were unable to win a single game. An embarrassment in modern-day professional sport where they expect fans to pay money to turn up to stadiums.

This leads me to attacking trends and how our neighbours across the ditch and those in Britain/Europe have left us behind and grown when we’ve regressed.

The late 1990s to early 2000s was all about ball movement and players changing angles which forced a defending player to make a decision.

We saw the introduction of block plays from Australian and New Zealand teams. Extremely simple in the context of today’s game, but in the days when defences weren’t as organised and structured- these plays were successful in opening up the defence. It allowed the receiving player out the back of a block play to make a break or create an overlap. Successfully run; the outside attacker would run an unders line and attract his opposite defender to follow him in which created the space outside.

2000-2010, the game saw a huge focus on defence and teams became more structured and disciplined in this area. A new saying was born, “defence wins Test Matches” and teams became harder to score against. This made a team’s goal kicker/drop goal specialist, a serious point of difference between winning or losing a Test. 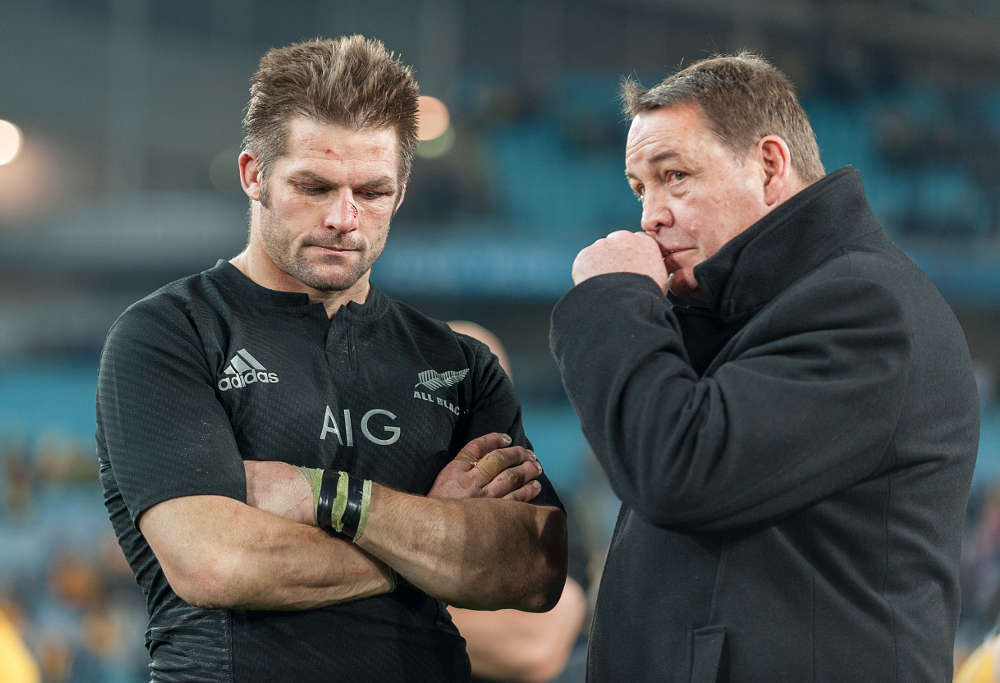 In turn, this led to teams utilising multi-phase attack. The idea of trying to manipulate a defence by having set areas of the field you wanted to get to by a certain phase of attack off set piece. Types of plays included:

– Attack the mid-field to snap back to the blindside straight away. Trying to force the defending team to overfold and allow the attacking teams full back time and space to attack the opposing team’s big/slow men.
– 3/1: Attack the 10 channel first phase, fold the forwards off 9 off the second phase and push the ball to the edge on the third phase. This was about generating quick ball and the attacking team beating the defensive sides fold and organisational defence.
– Wide/wide would be used to try and stretch the defence to width first phase and do the same thing coming back on the 2nd phase. Again, used to gain as much metre past the gain line and bring the ball back 2nd phase to allow the tracking teams faster, more skilful players to attack against the defending teams forwards.
And so on…
This also led to a certain type of player necessary to play the game. We saw bigger, more physical centres and wingers who were required to run hard and straight to make gain line in order for the multi-phase attack to function as planned. The focus of highly skilled players changed to trying to find better athletes who suited where the game was at and heading.

From 2010 onwards it has been all about the All Blacks.

They emphasise skills and have played an attacking style of rugby which requires 1-15 to be able to catch and pass off both hands. The introduction of Mick Byrne as skills coach, ensured all players were equipped with the ability to make quick decisions based off the picture shown in front of them by the defence. They also introduced the two layers of attack- being able to play out the back of a forward pod and have shape off this. This enabled them to attract defenders in tight to then pull the ball out the back to a ball player with players outside attacking space and with pace. They’ve had huge success through this play and led the way for how teams attack today.

This is unfortunately where I believe Australia was left behind.

Michael Cheika was a decent rugby coach, of this I’m sure. He led his team from the front, it looked as if he inspired his players and that they wanted to play for him. Unfortunately, it was the style of play Cheika wanted to play which ultimately let his side down. Cheika is a product of Randwick rugby club, a club with a long history of producing running rugby and players who could play, execute and stick to that style.

It’s not a sustainable style to play at Test level.

Defences are too strong and grounds – particularly in the Northern hemisphere – are too cold and wet making the ball slippery to play attacking football.

It was evident in Australia’s 2019 quarter-final loss to England that we were a team who lacked an identity and didn’t have the players capable of playing the way Cheika wanted. They tried to play an all-out attack and in some instances refused to exit their own half often trying to play from their own 22m. Against a strong and disciplined defence, it just wasn’t sustainable and it cost them dearly. More importantly to Cheika, it cost him his job.

In recent years it has been the Premiership in England that has set the trend on how the game is played.

There is a huge emphasis on attacking breakdown, producing quick ruck speed. This reduces the defensive team’s ability and time to get set and into its structures.

Teams at the top of the ladder such as Exeter Chiefs, Harlequins and Bristol; have taken the two layered attack first introduced by the All Blacks and built on it. They run block plays off these pods, double blocks mid phase. At times they pass the ball vertically in order to move it laterally, a new spin on the old phrase: “earn the right to go wide”. They have identified that defensive line speed is to quick in the modern game and that flat passing and running won’t cut it. They also kick cleverly and find a good balance in this area, not just all out attack. This style of play requires a huge amount of knowledge and skills from every player on the field and is also an attractive style for fans to watch. It’s no wonder the game is flourishing in these parts of the world while we’re still trying to play catch up.

In trying to predict the future, I believe we can learn a lot by looking at Top 14 finalists from this year: Stade Rochelais. A team led by the ex-talismanic Irish flyhalf Ronan O’Gara. O’Gara honed his coaching craft at the Crusaders and openly preaches his team’s style of play as KBA- Keep ball alive. His team offload at any opportunity and move the ball when they can. They play a care free, unstructured looking attack which in contradiction; is extremely structured and makes decision making and skill set extremely important. This type of play ensures the defence is constantly on the move and unable to get set.

They try to avoid breakdowns at all costs, and when they identify space, the ball gets there, whether it be through the hands or an attacking kick. They are constantly on the move. Players support vertically and their ruck speeds and accuracy are quite extraordinary. It’s risk vs reward and knowing when the risk is worth taking.

The game is constantly evolving.

The French have taught us a lesson and beaten us at the breakdown in the first two Tests. Not allowing us to find our flow in attack. Scott Wisemantle and Dave Rennie are smart coaches and have the ability to identify ways of overcoming this. Like Simon Cron said: “What’s 7 days old in rugby is old, because everyone’s seen it. You’ve always got to be thinking about how you can change, evolve or adapt to make things better.”

The Wallabies have a chance on Saturday to evolve and grow as a group. Let’s hope they’re smart enough to do so.