The greatest ever NSW pre-origin team

Recently, Roar Guru Matth published his greatest ever QLD pre-origin team, with the players chosen from the era before Queensland had any teams competing against the Sydney clubs.

Well they’re going to need someone to play against, so here’s my team to represent NSW. It would be easy just to rattle off a team full of NSW immortals and legends, but, to make it more interesting, I’ve only selected players who:

• represented NSW after 1960
• did not play state of origin football
• weren’t born in Queensland
• have not been inducted into the Rugby League Hall of Fame, were not rugby league immortals, or members of the NSW team of the century

Here’s the team, and I’ve gone for plenty of speed and creativity in the backs and a totally uncompromising pack of forwards that won’t take any prisoners:

Fullback:
Ted Goodwin (8 games 1972-76)
“Lord” Ted Goodwin was one of the first fullbacks to become an attacking weapon, and in many respects was probably more suited to today’s game than the fullback role of the 70s. Blessed with great speed and footwork, he was unpredictable in attack and scored some freakish tries in his career. He could also handle both wing and centre with ease and was a handy goal kicker.

Wings:
Michael Cleary (11 games 1962-69)
This NSW side will make so many breaks that I’ve gone for absolute speed on the wings in order to pile on the tries, and where better to start than with Michael Cleary. A Commonwealth Games sprint medallist who once defeated the electric Ken Irvine in a match race, Cleary was a 1960’s version of Josh Addo-Carr, and once he got his nose in front, was rarely run down.

Larry Corowa (5 games 1978-79)
Larry Corowa was another player with blinding speed, and he also had a swerve at top pace that left defenders floundering. Give him the slightest gap and he was gone. He topped the competition’s try scoring list in his debut season with 24 tries from 21 games and scored 5 for his state from as many games. Easily the fastest player in the game in the late 70s, the crowd always rose to their feet when Corowa had the ball. 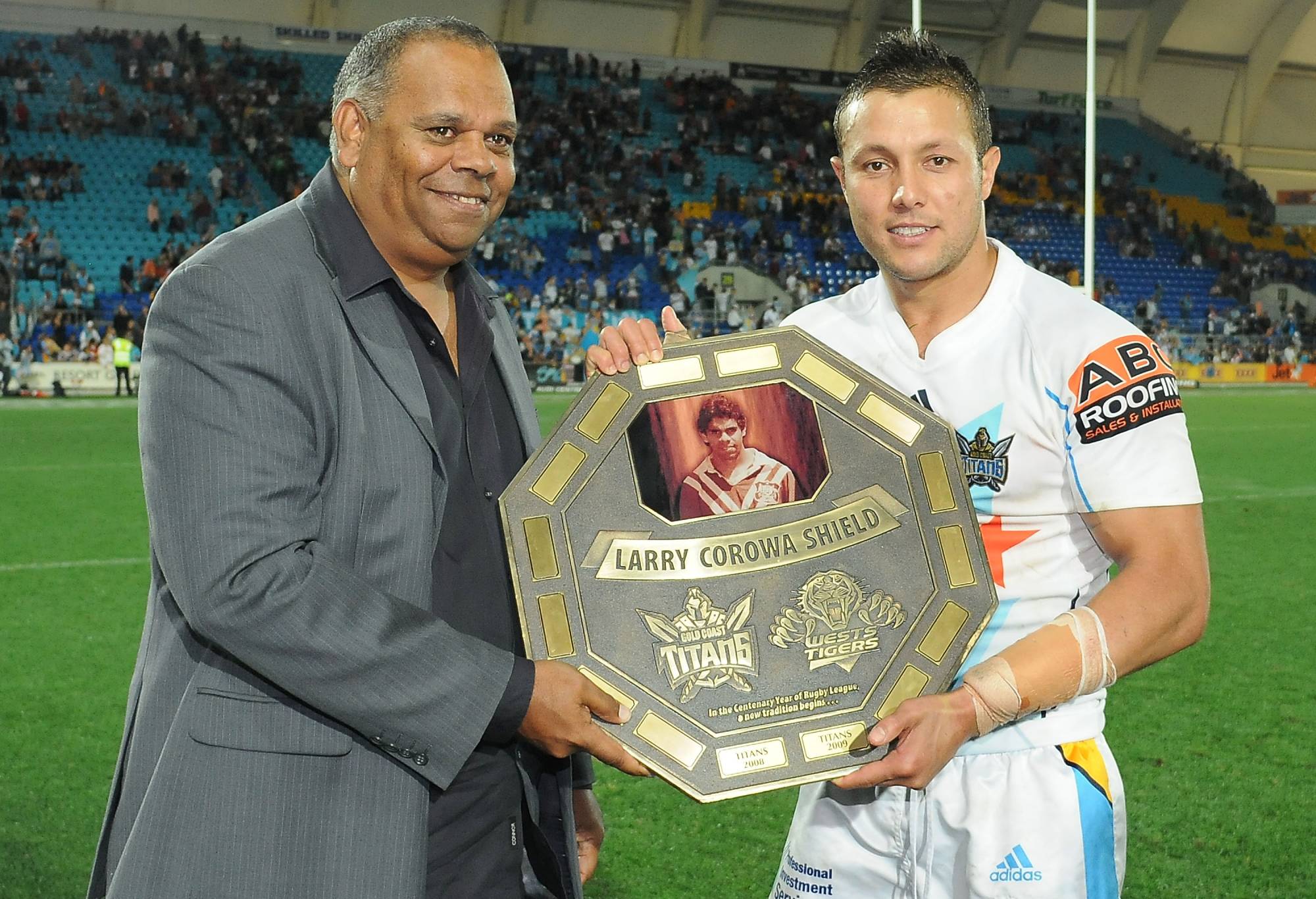 Centres:
Johnny Greaves (7 games 1966-68)
Greaves combined speed, footwork and strong defence to be one of the best centres in the game in the 60’s and early 70’s. He began his career with St George but realised his full potential after moving to the Bulldogs in 1964.

Ray Branighan (7 games 1970-74)
Branighan had plenty of pace but his straight running was the feature of his game for me. He was a rugged player and also extremely versatile, playing fullback, wing and centre for both Australia and NSW. He was also a very useful goal kicker and won five premierships in his 11 year career.

Five-eighth:
Jimmy Lisle (10 games 1962-65)
Lisle was a Rugby international when he switched codes to join the Rabbitohs in 1962. Such was his reputation, he was chosen for NSW after just one club game for Souths and then for Australia still with only one club game under his belt. He was a beautiful mover with the ball, had great footwork, deceptive acceleration, and was one of the best cover defenders in the game.

Halfback:
Bobby Bugden (2 games 1960-64)
Bugden was a tough and skilful half back with a good turn of speed who was the St George half back in the first six of their 11 year premiership run. His opportunities at representative level were limited though, by the competition from Hall of Famers Keith Holman, Barry Muir and Arthur Summons.

Props:
Billy Wilson – Captain (5 games 1961-63)
Every game against QLD is a battle, so who better to lead you onto the field than the man they called “captain blood”. Wilson began his first grade career with St George in 1948 at the back of the scrum and ended it 20 years later at the age of 40 for North Sydney playing in the front row, and he had a few years playing in the country NSW along the way. He was a pivotal member of the Dragons side in the early years of their 11 year premiership domination, winning 7 premierships in the red V. There was no tougher or more feared player in the game and he was on first name terms with the members of the judiciary.

Ron Crowe (14 games 1960-66)
Ron Crowe was as rough and tough as they come, and spent almost his entire career in the country, primarily at West Wyalong, before finally giving the game away at age 45. He had one season with Souths in 1962 but rather than move to Sydney, flew up for each game. Playing in the country didn’t hinder his career though, and he played 5 games for Australia, 5 games for NSW Country, and 1 game for NSW City to go with his 14 games for NSW.

Hooker:
Elwyn Walters (11 games 1969-74)
Walters was a tough as teak performer, a noted defender and top line hooker forward when they actually had to win the ball in the scrum. He won three premierships with Souths and another two with Easts and was the first choice hooker for Australia in the early 70’s.

Second row:
Dick Thornett (12 games 1963-69)
Like teammate Michael Cleary, Thornett was a dual rugby code international, as well as an Olympian. An excellent ball runner and ball playing forward, Thornett was also a noted try scorer, had a good kicking game, and kicked some long range field goals in his career. Beyond that, he was a hard forward who took no prisoners on the field. Almost the complete package.

Terry Randall (13 games 1976-78)
Randall was a player to be avoided at all cost on the field unless you enjoyed having the stuffing knocked out of you. A multiple premiership winner with Manly, Randall was a punishing defender who enjoyed dominating the opposition with his defence, and also had the mobility to be a threat in attack. 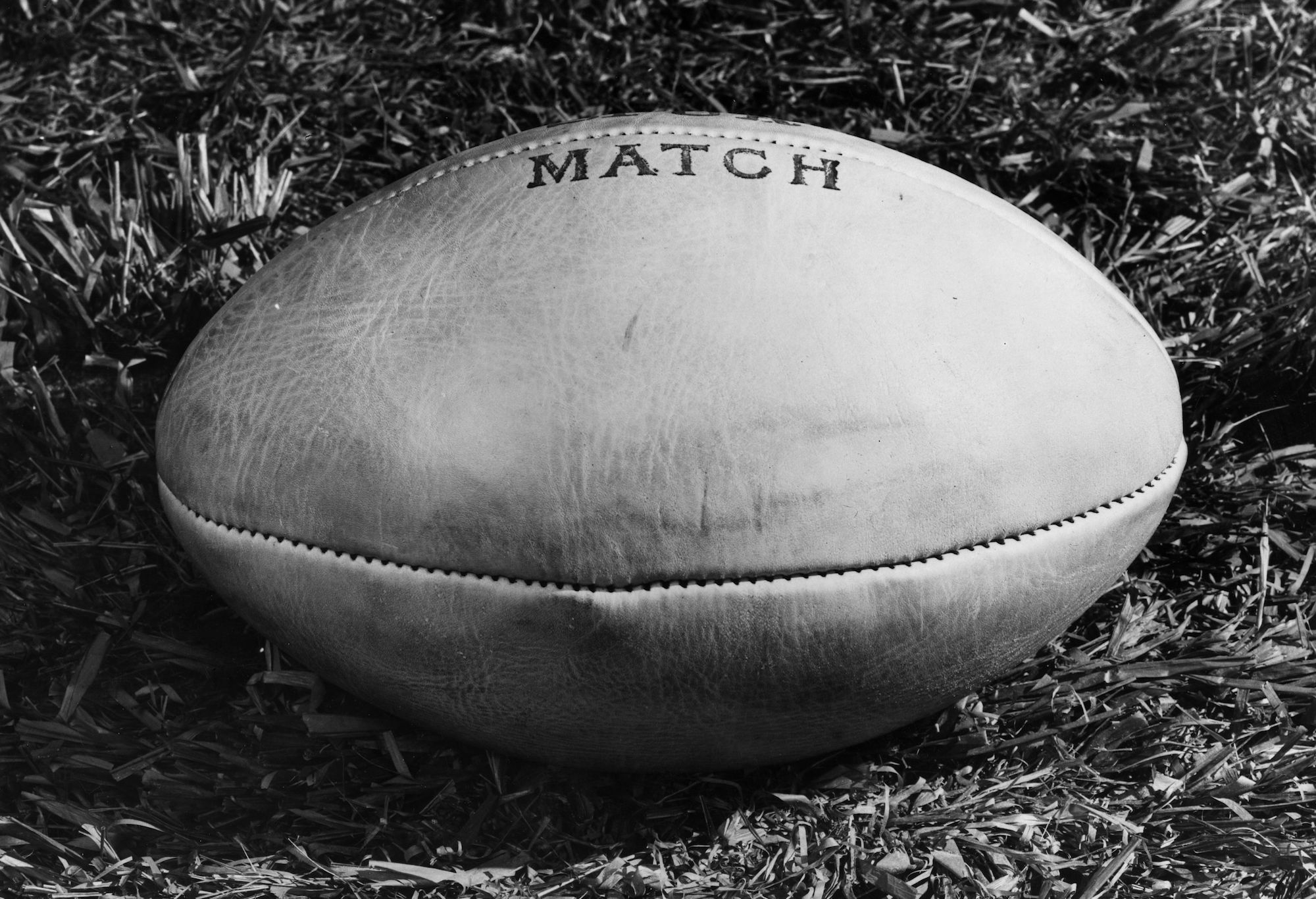 Lock:
Ron Lynch (16 games 1960-97)
Lynch was a top-class lock forward who came to Parramatta from the country in 1961 and stayed for 11 seasons, before finishing his career as Penrith club captain. The presence of champion lock forward John Raper forced Lynch to play most of his representative career in the second row. Lynch was a skillful ballplayer who played the game hard, and was durable enough to rarely miss a game through injury.

Bench:
Tim Pickup (6 games 1972-75)
Tim Pickup is an ideal bench player in this side and can cover the halves and fullback with ease, and is tough enough to play dummy half if needed. Pickup had great hands and footwork and knew how to set his outside men alight in attack.

Paul Sait (5 games 1969-74)
Paul Sait is another good bench option, able to cover second row, lock and centre, all positions he was selected to play for Australia. Sait was not only a great ball runner, but also a strong defender, and he was one of the toughest competitors to play the game.

Jim Morgan (8 games 1969-74)
Morgan was your old style prop forward – fiery, tough, loved the contact and had little regard for the opposition. Some of his on-field clashes were legendary, and he never took a backward step. He formed a lethal South Sydney front row combination with John Sattler and Elwyn Walters in the late 60’s before finishing his career with Eastern Suburbs.

Allan Thomson (8 games 1966-68)
Yet another tough and uncompromising forward to come out of Newcastle, Thomson was a member of Manly’s 1972 premiership winning team. Nuggety, powerful and super fit, Thomson was a renowned defender.