'Who can do the best Bradbury?' Six mediocre teams fighting out two finals spots

The top six are fighting among themselves for the double chance, and the bottom six are all in various states of rebuild.

The middle tier of Fremantle, West Coast, St Kilda, Greater Western Sydney, Essendon and Richmond are left to fight out the bottom two spots in the eight.

The race should be on in earnest, except everyone is running backwards. Steven Bradbury’s rivals have nothing on this lot.

In 2009, Essendon finished eighth with ten wins and a percentage of 97, and lost their elimination final by 96 points. There is no doubt they were the worst finalist of the AFL era, but the current crop of teams looking to make it to September are on track to provide them a contest.

After Round 12, West Coast and Richmond were in seventh and eighth, two games and percentage clear of ninth spot. We had every reason to believe they would be better in the second half the year and, given they have won the last four flags between them, that there were going to be eight legitimate contenders for the premiership.

Since then the Eagles and Tigers have won one game between them, which was when they played each other.

Who knows what has happened to Richmond. I wrote earlier in the year that the new emphasis on kicking wouldn’t help them and the big concern was the amount of goals they were conceding in runs, but they have been the worst team in the league since the bye.

Something went down during that break.

West Coast’s mental weakness has been apparent for some time but it has gone to new levels in the last month. They didn’t fire a shot at home against the Dogs, were beyond pathetic against Sydney down at Geelong, and gave up late in the last quarter against North after failing to flatter all match.

The Tigers and Eagles have turned up their toes once too often now to claim a right to finals.

Essendon has drawn many admirers this season, with some of their fresh and vibrant play.

To listen to the Bombers fans and media (often the same thing), Darcy Parish is a top-five midfielder in the league, Zach Merrett, Jake Stringer and Anthony McDonald-Tipungwuti are in All Australian contention, Nick Hind is the recruit of the year, Dyson Heppell and Cale Hooker are back to the best, Kyle Langford, Jayden Laverde, Peter Wright, Will Snelling, Brayden Ham and Mason Redman are in career-best form, and Nik Cox, Archie Perkins and Harry Jones are the best three youngsters in the comp.

Gosh they lose a lot of games though, given all of the above.

Since their last finals win, Essendon have lost six finals by an average margin of 50 points, and it is all but guaranteed their loss would exceed that if they were to make it this year.

The Saints have lost games this season by 111, 86 and 75 points, with two of them to teams not even in the eight. They are the only team Adelaide has beaten in the last two months, and after the Crows didn’t even score in the first quarter. They have played some truly disgusting football, and may yet play finals.

GWS are even worse. In the last five weeks alone, they haven’t been able to beat Gold Coast, Hawthorn or North Melbourne, and yet there they sit only half a game out of eighth. Ugh.

Fremantle have at least claimed a few victories in recent times, albeit against Gold Coast, Collingwood and Hawthorn, who were all close to rock bottom when those games were played. A loss to Carlton interspersed them, but two of those wins were on the road in a run of matches away from Perth as they escaped a lockdown. 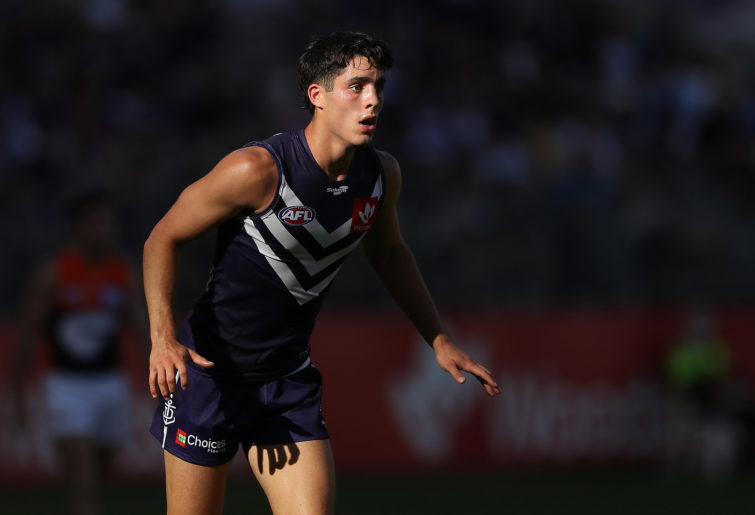 Perhaps the building blocks for the future are being laid by the Dockers, but they are still an uninspiring team in the present day, and would be on the fast track to embarrassment if forced to play a final against Port or Sydney on their home turf.

It could even set them back, and it is more likely that a number of middle ladder finishes is their destiny in coming years.

A wide-open race for the last finals spots will add some spice to a number of games over the next six weeks, but in the context of the premiership race, none of the six teams above have a hope of making an impact. Sorry not sorry, to their fans.

So which teams are going to fill these fateful two slots? Essendon probably has the semblance of form and friendly enough draw to get there on their own merit.

Then it’s just a matter of who can do the best Bradbury.