A warm welcome to Gadigal country from the people of the Eora nation. Our mob have placed a gentle footprint on this land for over 60,000 years.

This letter is to warmly welcome our French rugby comrades to Australia to continue our rich 93-year rugby history. Since 1928, the Wallabies and Les Tricolores have contested 47 Test matches sharing the results with 27 wins to Australia and 18 to France, two being drawn. The victor’s prize, currently Le Trophee Des Bicentenaires, celebrates the bicentenaries of Australia and the French Revolution (1988 and 1989 respectively).

Within the camaraderie and brotherhood of world rugby, we pay tribute to the remarkable capacity of Les Bleus to play a remarkable avant-garde style of rugby throughout the ages. Characterised by creative flamboyance and occasional gallic nonchalance, the French XV have consistently entertained the world with their daring ability to execute risk, unorthodox counter-attack moves from deep within their own territory to score some breathtaking tries.

Long admired for this style of play, arguably displaying Joan of Arc’s reckless and courageous traits, this style also reflects the lofty values of the French Revolution at the Barricades: ‘Liberty, Equality, Fraternity’. It also captures the bold and tactical surprise strategies of Napoleon. Vive la renaissance! 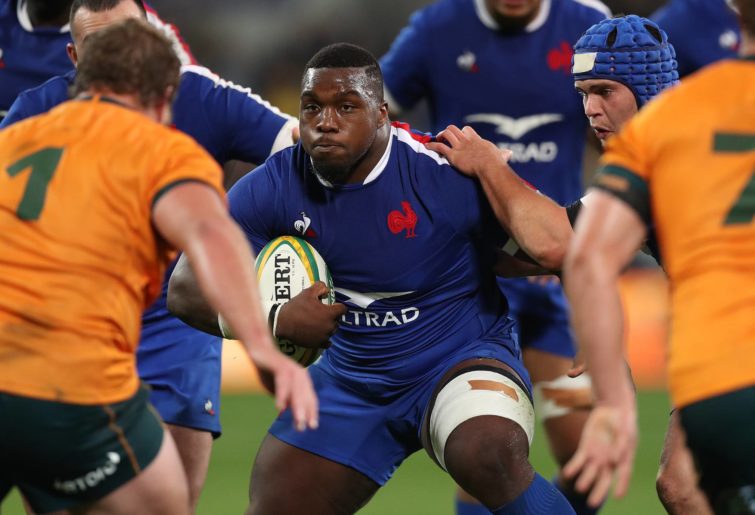 Your rugby triumphs and defeats in Stade de Paris, Parc des Princes, Ballymore or Aussie Olympic Stadium proudly represent a stirring call to arms, similar to that of Jean Valjean in Victor Hugo’s famous 1862 novel Les Miserables. This powerful uprising by the union peasants, perhaps ancient ‘gilets jaunes’, to break down the barricades of the bourgeoise inspired the rousing words in: “At the barricades / Upon these stones”.

“Let them come, if they dare, we’ll be there
Now as we pledge ourselves to hold this barricade
Let them come in their legions, and they will be met
Have faith in yourselves, and do not be afraid
Let’s give ’em a screwing, they’ll never forget”.

We also extend our genuine respect to the many legends of French rugby across the ages. Who can forget your inspirational captain, flanker and cult hero Jean-Pierre Rives whose fearless gameplay dominated 59 Test matches, 34 as captain? Typically French, Jean-Pierre retired to become a renowned painter and sculptor!

While travelling with my wife Annie in 2016, I was fortunate to meet one of your greatest rugby legends, Serge Blanco, at his store in Toulouse. Of course, we traded stories. Magnanimously, I began by reminding Serge that Wallabies fans have always had the highest admiration for his par excellence silky skills, but I also had to add, we still wince in discomfort at the memory of his length-of-the-field match-winning try to sink the Wallabies in the semi-final of the 1987 Rugby World Cup.

He was simply superb! Years later, in 1993, Serge almost repaid Australia with a thoughtful gesture to our own Wallabies fullback Marty Roebuck who had just played his final Test match at Parc de Princes. Serge dropped into the Wallabies’ change room to pay tribute to his opposing fullback Roebuck, who had scored all of Australia’s points except for Tim Gavin’s try in their 24-3 victory over France. What joie de vivre!

In the same breath, we acknowledge your patisserie of past rugby heroes: creative centre Philippe Sella (111 caps), who had the “strength of a bull but touch of a piano player”, and two of world rugby’s hardest back rowers, Serge Betsen and “l’homme des cavernes” Sebastien Chabal.

And get this for a commentator’s dream: three French names that roll in mellifluous tones from the tongue, as smooth as their attacking crusades up the paddock. Rampaging flanker Thierry Dusautoir, who captained France in a record 56 Tests, wingers Patrice Lagisquet, “the Bayonne Express”, and Philippe Saint-Andre, “le goret”, who started the famous “try from the end of the world” against NZ in 1994.

Bravo! There is France’s most capped player, hooker Fabien Pelous, with 118 caps and pioneer Jean Prat, who as the French captain turned Lourdes into a powerhouse rugby club. Who could forget flyhalves Thierry Lacroix and the dextrous magician Frederic Michalak, the ever threatening winger Vincent Clerc and long-serving hooker Raphael Ibanez (98 caps).

We recall your cheeky halfback who is currently head coach at Racing Metro, Pierre Berbizier, and centre Franck Mesnel, now sports commentator and proprietor of the stylish Eden Park boutiques, each with 56 caps.

Across the world, it’s hard to top the passion and story behind your rousing anthem ‘La Marseillaise’, composed by Claude Joseph Rouget de Lisle in Strasbourg in 1792. It is a spirited invitation to children of the Fatherland (“Allons, enfants de la Patrie”) to arise and defend the country:

We respect your enchanting history and pride in the Tricolores, however for colonial Aussies, nothing inspires our Wallabies more than a full, girt-by-sea stadium belting out ‘Waltzing Matilda’ or ‘Hey True Blue’. Be prepared for a chorus of ‘We Come from a Land Down Under’ when we breach your try line. That’s simply our men at work!

We genuflect reverently to Pierre de Coubertin, who anointed the modern Olympics in 1894 with the uplifting hendiatris: “Citius Altius Fortius”. Fully redolent of the values of rugby union since its origin in 1823, Pierre de Coubertin echoed: “The most important thing in the Olympic Games is not winning but taking part; the essential thing in life is not conquering but fighting well.” Raa raa!

Just so that you can prepare, in 2023, we are looking forward to visiting France for the Rugby World Cup and perhaps again in 2024 for the Summer Olympics. On a sentimental note, Australian swimmer Freddie Lane won our first gold medal at the first modern summer Olympics in Paris in 1900. 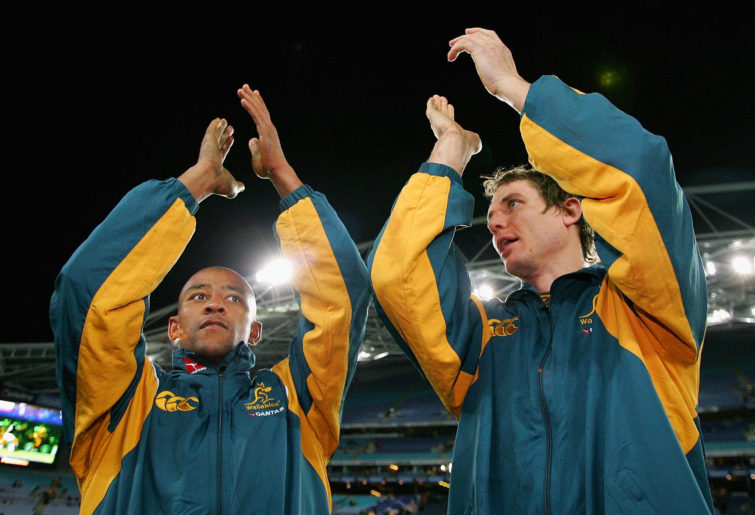 By the way, we are still most grateful to your French fullback Xavier Garbajosa for generously letting our slowest flanker Owen “Duck a l’orange” Finnegan amble through at his top speed to score the match-winning try against you in the 1999 Rugby World Cup final. I can hear Edith Piaf singing ‘Mon Dieu’!

So, as you may have guessed, I’ve kept the best until last. While our two countries may enjoy some cultural differences or a competitive ‘my father is better than your father’ rivalry, it all mounts to nought (rien!) compared to the rich history we share.

Australians have bravely and successfully defended French soil at Fromelles, Bullecourt, Ypres and most famously, in 1918 at Villers-Bretonneux where we held our ground in the mud and trenches just like a well-drilled rugby scrum.

You would agree that it is impossible to beat the theatre of the Kiwi haka. And granted, it’s hard to top the passionate bars of your stirring anthem ‘La Marseillaise’. It’s a rallying call to arms that would make Napoleon or Marie Antoinette smile, however when the referee whistles game on next Saturday, beware the Aussie Anzac spirit – we are Ned Kelly, the Jolly Swagman, Breaker Morant, Vincent Lingiari, the Man from Snowy River, Bluey and the Drover’s Dog in one. Tres dangereux!

So mes freres, we warmly welcome you to Australian soil.

Instead, you’ll need your best gallic moves and Bastille spirit.

Because we’ll be bringing our best Wallabies game.

See you at the stadium!