Wighton has probably in the worst form heading into State of Origin Game 3 out of the pair and Moses failed to secure the win and the two points against a Penrith Panthers side that had no Nathan Cleary.

Now people can say that it wasn’t only Moses who failed and that the Panthers were only missing one big player in Cleary but look how the Blues played on Wednesday without him.

It was a disastrous display in attack from the Blues as they failed to secure the clean sweep against the Queensland Maroons.

Moses played okay at certain moments in the match and produced some hard tackles on some of the Queensland players and he did end with two try assists.

Wighton did finish with one try and one try assist but they weren’t the cleanest of assists and the Blues’ attack was a shambles most of the time. 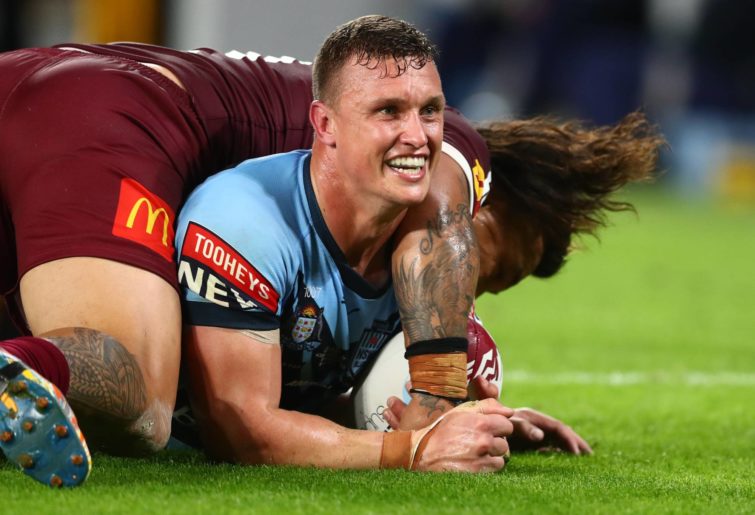 The only way that the Blues’ attack would’ve actually looked good is if Brad Fittler picked the Souths combination of Adam Reynolds and Cody Walker, who have both been on fire in recent weeks.

The only argument I’ve heard mainly is if Nathan Cleary was injured then Moses would be a like-for-like in terms of playing style and age and that Reynolds is too old.

Well Reynolds and Walker would’ve performed way better than what Moses and Wighton did on Wednesday night and would’ve been able to lay a stable platform and create forward momentum for players like James Tedesco, Damien Cook, Tom Trbojevic and Latrell Mitchell, which allows the Blues to produce points.

The Blues really struggled to lay a solid platform and produce points against a Queensland side that was beatable if NSW were able to finish off certain plays and produce more attacking plays in the Maroons’ defensive ten-metre area.

The Blues’ halves in Game 3 produced a combined two line break assists, 33 tackles for seven misses and one error.

The Blues also missed Cleary’s running game with the Panthers halfback running for over 100 metres in the first two Origin games, which is actually underrated.

But Moses averages around 70 running metres in season 2021 and he was basically non-existent in Game 3, only running for 26 metres.

Fair play and nothing but praise for Queensland winning that final game but as a Blues fan who has witnessed a Maroons domination for over a decade, I really wanted to get a clean sweep on Queensland, but I knew we were in danger when Moses and Wighton were announced as the halves pairing.