'I was so naïve': Emma Jeffcoat adds to Aussie Olympic legacy

With the announcement that Emma Jeffcoat will be one of the six athletes set to represent Australia at the Tokyo Olympic Games in triathlon, she joins a rich history in triathlon of successful women named Emma.

When Jeffcoat first transitioned from surf lifesaving to triathlon, she became aware of this legacy quickly.

“One the first comments made to me was ‘your name is Emma, I think you are going to be alright at this’,” said Jeffcoat.

“I was so naïve, I actually had to Google who the other Emmas were.”

What Jeffcoat learnt was that three other Emmas had represented Australia in Olympic triathlon. Now with Jeffcoat’s selection, she becomes the fourth and follows in the footsteps of Emma Snowsill, Emma Moffatt and Emma Jackson.

“I remember doing an interview in 2016 after winning an under-23 title and mentioning that my goal was to become the next Emma to represent Australia at an Olympic Games in triathlon,” said Jeffcoat.

“To be here five years later, with that dream having come true is so surreal.”

That planted a seed in Jeffcoat’s mind and since then she has truly grown to love the sport. 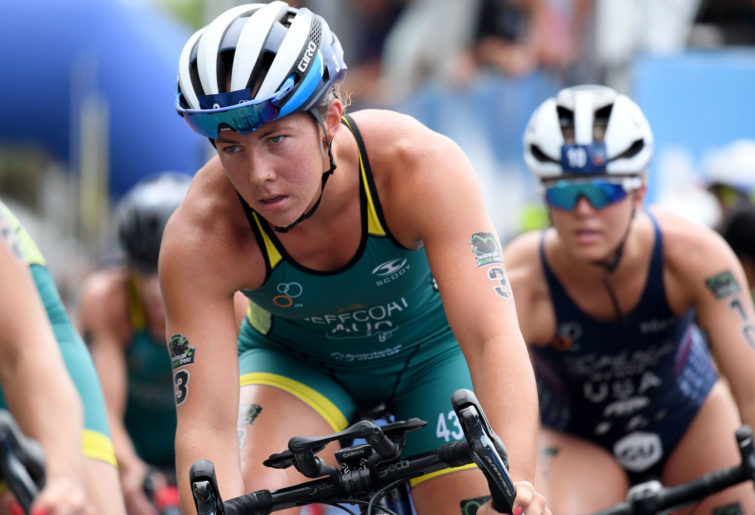 “I love the multi-discipline nature of the sport, just like surf lifesaving,” said Jeffcoat.

“It is so tactical, there are so many different elements to triathlon and you are never going to get the same situation when you race.

“It is always going to be different and you don’t know what you will be served up on race day.

“But everyone faces it together and from there, it’s a battle to the finish line.”

What Jeffcoat has observed during her time in the sport is just how far it has come in terms of opportunities for athletes.

This is reflected in how strong Australia’s triathlon team for Tokyo is with Australia being the only country to fill its six quota spots for the Games.

“It is impressive result for Australia,” said Jeffcoat.

“The United States, France and the United Kingdom are three other countries that are so strong in triathlon and not even those countries were able to fill their six quota spots.

From now, Jeffcoat’s mind is firmly fixed on Tokyo. There is plenty to organise in the lead-up, more so given the impacts of the pandemic, but Jeffcoat is determined to make the most of her experience.

“I too often hear about people who have been to an Olympic Games and didn’t enjoy it as much as they thought they would because they were too nervous about performance,” said Jeffcoat.

“In an ideal world I will make another Olympics, but for now I am focusing on making the most of my time in Tokyo both on and off the field.

“On the field I know I will give it my absolute best and off the field I want to enjoy it. I have worked so hard to get there so would be doing myself a disservice if I did anything otherwise.”

No matter what happens in Tokyo for Jeffcoat, she will return to a full life here in Australia.

Jeffcoat has a Bachelor of Nursing, and while she is not working right now because of her focus on the Olympics, she hopes to return to nursing in the future.

“Getting my nursing registration was really important for me, because it is something I love away from triathlon,” said Jeffcoat.

“It’s been an asset for me in getting where I am now because I have had outside goals and gained some perspective away from the bubble that triathlon is.

“It’s a great bubble, but sometimes it is good to take a step back and put your focus elsewhere.”

Jeffcoat also credits her family for reminding her of the importance of having a life away from triathlon.

“My dad reminded me that I would have setbacks, but that even with those setbacks that my family and friends love me because I’m Emma,” said Jeffcoat.

“They don’t love me because I am a triathlete, or good at sport, they love be because of who I am.

“Who I am isn’t just tied up in a swim or a bike leg or a run and even as I progress in the sport and go to one of the biggest global events in the world, being an Olympic Games, how my family and friends feel about me certainly won’t change.”