Most fans of sports such as athletics, swimming, rowing and track cycling (and many others) would love the Olympic Games to long survive.

Whereas various football codes and cricket and baseball reign supreme each year in the leading western sporting nations, only challenged by a few months of tennis and golf, it is really only at the Olympic Games that the sports like athletics and swimming get their greatest attention and biggest audience.

While sports such as athletics, swimming, rowing and track cycling now have regular world championships, many athletes and fans of such sports still recognise the Olympic Games as the highest achievement.

Olympic Games exposure is also the best path to such athletes getting lucrative sponsorship deals given the public has much less interest in such sports during non-Olympic Games years.

However, many critics of the Olympic Games are right to express concern that the Olympic Games has become one huge circus that benefits the International Olympic Committee (IOC) most while costing the successful host city a fortune for just two weeks’ activity and not much long-term benefit.

As noted in this 2016 paper, hosting the Olympics is indeed a money-losing proposition for most cities with the cost-benefit equation worse for cities in developing countries than for those in the industrialised world.

The authors suggest a number of reasons why cities still bid for the Olympic Games.

The first reason is that certain bids are heavily supported by certain sectors, as seen by Boston’s unsuccessful 2024 bid which “was spearheaded by leaders in the heavy construction and hospitality industries” but was not supported by the public.

The second reason is that some national leaders, namely those in countries where the government is not accountable to voters or taxpayers, seek to demonstrate political and economic power. This was seen by Russia’s $51 billion expenditure on the 2014 Sochi Winter Olympic Games and China’s $45 billion investment in the 2008 Beijing Summer Olympic Games.

In contrast, western bids can be halted by public opposition to high costs, as seen by Oslo, Stockholm, Krakow, and Munich withdrawing from their bids for the 2022 Winter Olympic Games, which was awarded to Beijing.

The third reason can be opportunism created by previous expensive and costly bids as was the case when Los Angeles was the only bidder for the 1984 Olympic Games and used its existing infrastructure to deliver a profitable Olympic Games by spending one quarter of what Montreal had eight years earlier.

Such options are unlikely to happen given that many countries still express interest in holding the games.

However, since the IOC’s 127th Session in Monaco in December 2014, there does appear to be some desire to address western public concern about the expense of the Olympic Games with the IOC’s 2020 strategic vision including 40 recommendations to help cities reduce the costs of bidding while increasing transparency.

With the Brazilian government and private investors estimated to have spent somewhere between $12 billion and $20 billion to host the 2016 Olympic Games, despite most Brazilians knowing full well that the money would be better spent on badly needed basic services, the IOC has awarded Paris and Los Angeles the 2024 and 2028 Olympic Games with their much lower cost bids.

It also appears that Brisbane are favourites to host the 2032 Olympic Games. 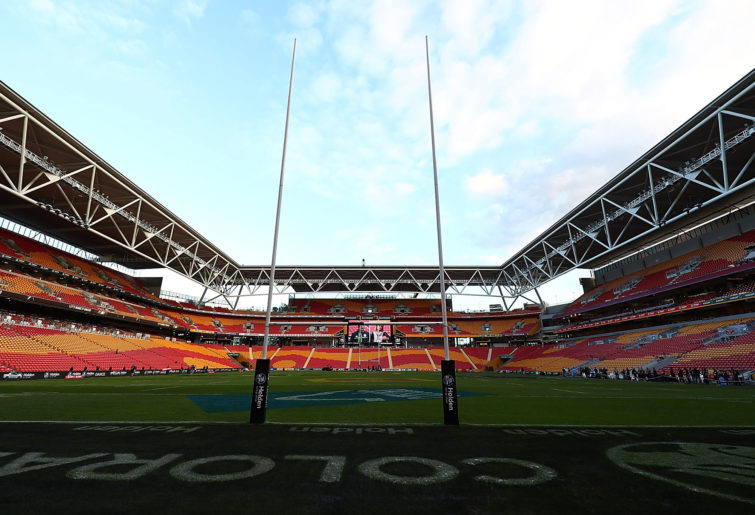 All three cities will indeed use existing infrastructure as much as possible, with only Brisbane considering a new stadium that will be utilised later for many football and cricket matches.

But in line with my own longstanding belief, there is a view that many cities should host an Olympic Games with cities bidding “to host sports that are locally popular”, an approach that would counter “an occasion for nationalistic displays by a single, powerful host country” while also celebrating “human diversity”, according to this source.

I argue this despite the possibility that many athletes of different sports enjoy interacting with each other in a city hosting many sports, as do spectators who travel to a city to see a variety of sports.

However, what is fairer is giving an opportunity for more cities to host certain sports that would please fans, attract tourists and give greater exposure to the city.

Sharing an Olympic Games would not reduce the television audience in this great technological age.

Viewers would still be able to view the same diversity of events as national broadcasters or viewers make their individual choices of which sports they want to program or watch.

Future Olympic Games will indeed have applications where viewers can watch the sport of their choice.

Breaking up the Olympic Games with many locations would allow more bidding cities (and countries) to focus on the sports of their choice with the IOC weighing up various arguments about which cities can host events and maximise interest in the sport.

For example, certain European cities have the greatest interest in track and field given they host the most Diamond League events and attract the biggest crowds in line with greater public interest.

Whatever the bidding outcomes for each individual sport, the reality would be that many more cities around the world could afford to host a sport.

There are many cities around the world that could easily host the Olympic Games athletics which is the biggest sport with around 1900 athletes from more than 190 countries competing at the Tokyo Olympic Games.

There are many more cities, including much smaller ones with population of less than 200,000, that could hold Olympic Games sports, which will require much less logistics and resources.

Another alternative would be for a continent or region to hold the games with sports spread to different cities, and for the Olympic Games to be awarded on a rotating basis between the continents or regions.

While it could be argued that Africa would currently struggle to make a feasible bid, there would be nothing fairer than rotating the Olympic Games between Europe, Asia (including Oceania) and the Americas.

Each of the major continents or regions have many cities that could easily meet the required standards to host just a few sports, including athletics.

My own preference would be for one city to host one sport, which would ensure that the maximum number of cities would get their opportunity for Olympic Games participation.

If not, then perhaps there is a limit of two or three sports per city.

Some Olympic Games sports, such as the popular football and basketball events, could be shared by a country with many cities hosting group and finals games.

Whatever the option, the IOC and its national affiliates would then ensure that each Olympic Games sport is rotated or shared on a fair basis to different cities as long as they meet the expected facility and organisation standards without excessive bids.

I can imagine the day when an Olympic Games may include athletics in a European city, Australia or the US hosting the swimming, China holding the table tennis, Japan celebrating judo and karate, and the South Pacific islands hosting the rugby sevens.