When I heard about Julian O’Neill and his shoe-related adventures (Google it, kids!), I had a slight inkling, but I dismissed it.

But over the years, the nagging thought has become more pressing. John Hopoate gave me pause, for a start. Nate Myles in the hotel corridor. Joel Monaghan with his dog. Todd Carney with his… well, just Todd Carney.

But it’s only this year that I’ve felt truly compelled to make public my concerns. It’s not that I am making any certain claims: I just think we need an open and robust debate to reach the right conclusion on this issue.

Having raised the subject of having a big festive get-together after a win, only to have the idea scotched because bubble requirements made it impossible, these players were sent home by their coach with a message of goodwill and a reminder to follow the rules. 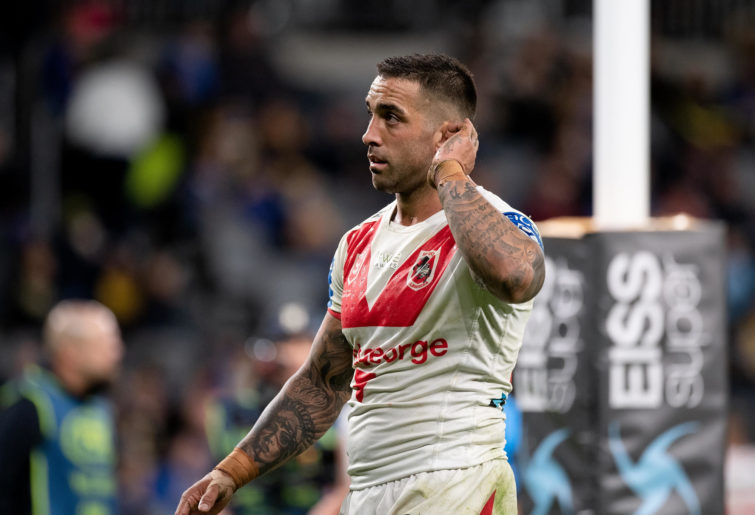 Then they all got together for a barbecue. Not just a barbecue, but one loud enough to attract complaints from neighbours, bringing a police presence down on them, whereupon the players scattered in comical Animal House-esque fashion. They then proceeded to cook up a story about Jack De Belin not being present, which fell apart almost before it was even thought of.

The Dragons… they behaved almost… what’s the word… well, never mind that for now.

Then there was Jai Arrow, who was readying himself to represent his state but considered that preparation for an Origin game is simply never complete without getting a girl up to your room.

Accordingly he brought up the first lass he could find, and found that this was actually a violation of the rules he was supposed to be abiding by, which to be fair he had no way of knowing besides the repeated hammering of the fact into his head over an extended period of time.

Arrow… his conduct was a bit… well… you might call it… 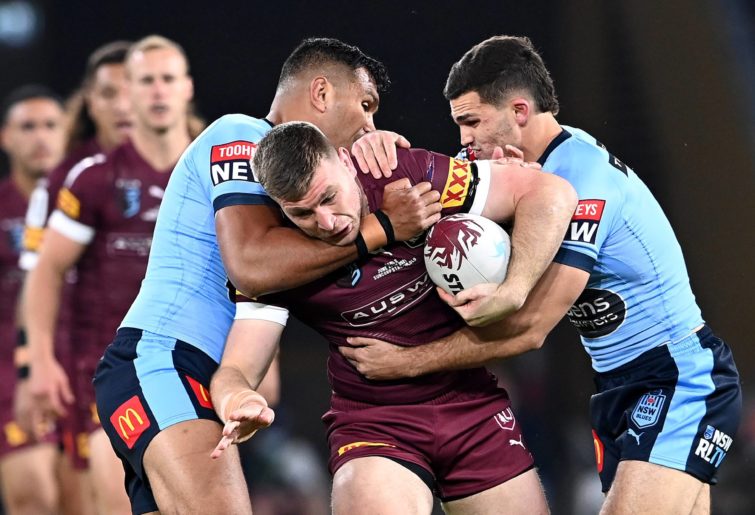 Then there are the ‘Bondi Five’ from Canterbury, who decided the best way to relax after a game was to check what their club had instructed them to do and then do the exact opposite. It’d be easy to get the impression that these five young men are a touch…

Look. As I said, I’m not leaping to any firm conclusions here. I just want a discussion. Because honestly, if I didn’t know better… if I weren’t so secure in my belief that the fraternity of professional rugby league players is one of the most articulate, thoughtful and erudite communities one could ever find… if I didn’t have unshakeable faith in the mental faculties of the average NRL footballer…

Well, I might almost think about using, you know… the D word.

I know, I know: wash my mouth out with soap. But sometimes such a thought does, shamefully, cross my mind: and not just when a centre refuses to give the pass to his winger with the line open. Sometimes I wonder, try as I might not to, whether rugby league players, as a group, are a bit… you know. Rhymes with ‘crumb’.

Of course, I’m probably just overreacting. Rugby league has always prided itself on the intellectual nature of the game – just look at Phil Gould, the philosopher-king of the commentary box who illuminates areas of the sport that we never even knew existed and indeed would prefer not to.

Or look at Roy Masters. Or look at Paul Gallen. He probably has a brain.

So yes, it would be unfair of me to apply the… D word… to the rugby league community simply because of a few hundred isolated incidents over a brief span of 30 years or so. It would be unfair to tar everyone with the brush of a few bad apples – these men deserve better than such inexplicable metaphors.

Still one does wonder… if any more incidents come to light, will we have to consider the possibility that rugby league players have a tendency towards being…