The best rugby league rookies of the 1990s

Naming a team of the best players who made their NRL debut in the 1990s feels like an exercise in indulgence.

I recently named a 17-man line-up of debutants from each year of the ‘90s, then ranked them in order of strength. You can find a rundown of the sides and how they landed on the ladder here.

Now, I’m naming a combined side of ‘90s rookies — and much like John West tuna, it’s the fish this team rejects that’s the mark of its quality.

Splitting some all-time greats of the game felt very much like nit-picking — there are dozens of players who wouldn’t look out of place on this hypothetical team sheet.

So let’s just treat this navel-gazing as a celebration of one of rugby league’s iconic eras — a salute to the generation of greats who grew up throughout the 1990s.

Fullback: Darren Lockyer
Brett Mullins would sit on my personal shortlist of favourite players, but it’s impossible to look past Lockyer, who began his 355-game career at the back for the Broncos.

Wingers: Wendell Sailor and Nathan Blacklock
Maroons pair Mat Rogers and Lote Tuqiri were very unlucky to miss — particularly Rogers, who might have made it for his goal-kicking if two sharp shooters didn’t appear further down the team list.

Wendell Sailor is the decade’s stand-out flanker and Nathan Blacklock gets the nod for sheer excitement — he scored 96 tries in 102 games during an untouchable span between 1998 and 2001.

Centres: Ryan Girdler and Ruben Wiki
Centre was perhaps the trickiest position to fill — not due to a lack of great options, but a lack of absolute standouts that demand to be picked like they do elsewhere in this squad.

I’m probably seduced by Ryan Girdler’s matinee idol looks, but he gets one spot alongside Ruben Wiki, who played more games at centre than any other position throughout his 55-Test Kiwi career.

Three back-rowers who debuted in the ‘90s appear in the NRL hall of fame, so shifting Wiki wide makes room for all of them in this starting 13.

Five-eighth: Trent Barrett
There wasn’t a long queue of out-and-out five-eighths banging down the door — most teams in the rookie cup either shoehorned a second halfback there, or repurposed a fullback or centre to fill a breach.

Kiwi legend Stacey Jones could’ve done the same here but I wanted to choose a specialist. Of those, Trent Barrett edges Scott Hill and Anthony Mundine. 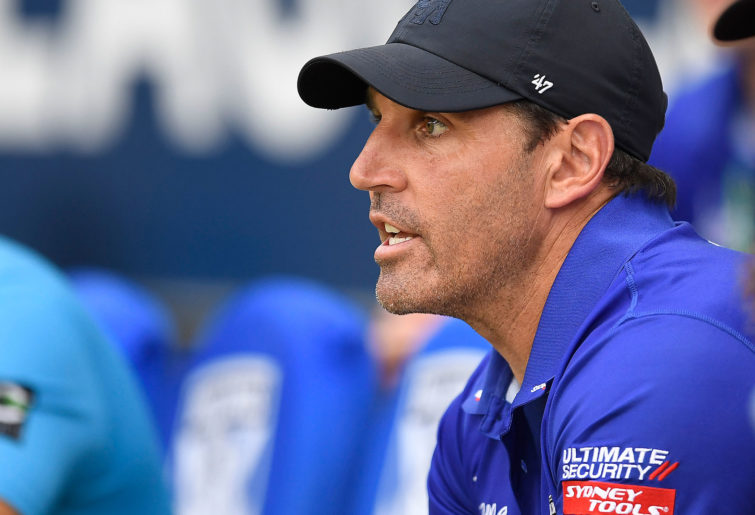 Halfback: Andrew Johns (captain)
The only Immortal to debut in this decade is the first name on the team sheet. Stacey Jones and Brett Kimmorley can consider themselves MacGilled.

Props: Shane Webcke and Petero Civoniceva
This long-time Brisbane, Queensland and Australia pair team up again here. Any of Steve Price, Robbie Kearns, Nathan Cayless and Mark O’Meley wouldn’t have looked out of place, either.

Hooker: Danny Buderus
Buderus had to play halfback for the class of ’97 but reverts to his proper position here, edging out his only real competition, Craig Wing.

But Tallis and Menzies — who have both been inducted into the NRL Hall of Fame — are my selections here.

Lock: Jason Smith
Workhorse Luke Ricketson and ball-playing Nik Kosef could have filled the 13 jersey. Although another playmaking type, the gravelly-voiced Jason Smith earns the jumper for his longevity and weight of rep footy.

Despite playing only a slither of his club career there, lock was Smith’s most common position at Origin and Test level, filling the forward-half hybrid role that seems to have been bred out of the modern game.

Bench: Craig Wing, Tonie Carroll, Ben Kennedy, Steve Price
Wing was born to wear the number 14 in representative sides for his ability to cover dummy half as well as the back line.

Tonie Carroll’s versatility also earns him a call-up. In fact, the iron chin was so versatile he represented both New Zealand and Australia.

The bench is completed by a specialist back-rower in Ben Kennedy, a personal favourite for his permanently furious disposition, and an out-and-out prop in Steve Price, an early architect of the Maroons’ dynasty.

Trophy hogs like Tim Sheens, Wayne Bennett and Phil Gould began in the ‘80s, before the next generation of elite mentors such as Craig Bellamy and Des Hasler emerged in the new millennium.

Anderson gets the gig here, for hoisting silverware at both Canterbury and Melbourne, coaching the Kangaroos to victory in 24 of his 27 games in charge, and fittingly for this team, showing an eagerness to develop young players. The Bulldogs boss blooded 16 debutants in his rookie season in 1990.