For anyone a bit anxious about an upcoming COVID shot, having heard all the stories of how it has impacted friends and family, let me offer you a foolproof pick-me-up: the shot of adrenaline that comes with a nail-biting, hard-fought Wallabies win.

The fog that descended over me on Saturday afternoon had completely disappeared by full-time that night, with the Wallabies’ 33-30 win over France giving them a first proper Test series or tournament win since the 2015 Rugby Championship.

And what a win it was.

And perhaps more impressive was the black-and-white contrast to the second Test loss in Melbourne only four nights earlier.

Where in Melbourne the Wallabies were completed dominated out of the breakdown contest and forced wide, only to be isolated and turned over, they were the complete opposite in Brisbane.

Yes, losing two wingers in three minutes will force a narrowing of any attack, but the selection of Len Ikitau in the centres and pushing Hunter Paisami in one spot also foretold the Wallabies’ intent. 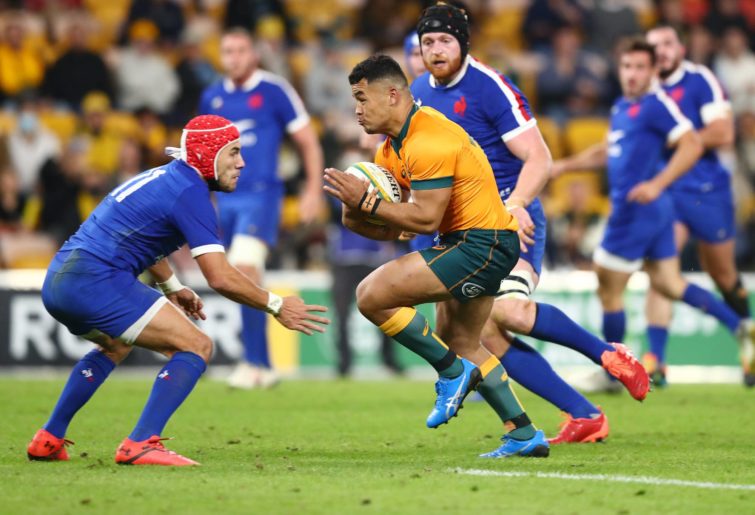 And I’ll admit at this point, I did wonder about making so many changes. I understood the necessity with the short turnaround, but eight starting XV changes and another seven adjustments on the bench is a lot of change in such a compressed timeframe.

Any improvements were going to have to come in the space between the ears, and as referenced last week, Michael Hooper specifically made mention of mindset driving patience in the heat of the moment. He was talking about attack at the time, but his point easily applied to defence and the breakdown, too.

Which is why the Brisbane win needs to be applauded for the triumph of the one-percenters. The little things that don’t mean much in isolation, but collectively add up to so much more. A hundred little butterfly effects in a match.

Little things like Allan Alaalatoa running the identical outside-in line back toward the ruck, enough to get outstanding young French back-rower Cameron Woki interested, so much so that he didn’t see Michael Hooper latch onto Noah Lolesio’s face ball and run though the gap Woki created for him until he was already through it.

It was things like Lolesio seeing French scrumhalf Baptiste Couilloud take a sneaky little second grab at the ball before passing from the ruck, such that by the time Couilloud looped around some forwards looking for outside runners, Lolesio was already glued on him, waiting to swoop on the pass.

Attitude and mindset like Hunter Paisami making two really important front-on tackles in midfield, the second of which forced the French forward to roll forward a second time while waiting for the clean-out to arrive.

And it must’ve been attitude and mindset that somehow got Darcy Swain to sprint 20 metres from his own 22 to run down Les Bleus skipper Anthony Jelonch by the time Couilloud got an offload away in front of the posts just before halftime.

It must have been attitude and mindset because I’ve watched Swain since he first moved to Canberra out of Brisbane Boys College, and I still don’t know how he covered that much ground that quickly.

And I’ve re-watched that play four or five times while writing this, and I can safely say I’ve never seen him move that swiftly before. It was already a hell of a run-on debut Swain was having by this point (Woki would dive over the ruck to score a minute later), but he was far from done in his superb 80-minute showing.

It’s the little things like the half a dozen Wallabies defenders who still chased the play and ensured Teddy Thomas couldn’t ground the ball near the posts, despite them all knowing that there was a pretty obvious knock-on back on the French 22. It was never going to be a try, but they didn’t let Thomas run around behind the posts just in case.

It’s Michael Hooper and Lachie Swinton both getting off the scrum in the Australian 22 and running up through the centre channels in pursuit while Pierre-Louis Barassi scored the undisputed try of the series.

Neither Hooper or Swinton were any hope of making a tackle, but their presence in the chase at least made life harder for the French support runners.

On Swinton, all the repeat viewings I’ve had since thinking I’d not seen much of him during the game live have shown just how much work – particularly in defence – he got through. And in turn, coming off the bench seemed to lift Rob Valetini’s impact too.

A little thing like Brandon Paenga-Amosa going to ground with the ball after his short-side raid from the lineout, when the temptation would have been to keep the legs driving through Teddy Thomas and find the line.

But in resisting that temptation, he set the ball back for the multiple pick-and-drives and dual penalty advantages that led to Taniela Tupou’s try.

It was things like extraordinary kick-chase pressure that led to knock-ons or turnovers or penalties. It was second and third defenders arriving when the first man on the scene had managed to hold the initial contact up high and the chance to force a maul loomed.

It didn’t often eventuate when they did that, but it never would have been an option if they didn’t.

It was Matt Philip getting up in that last lineout. Like Swain in the first Test win in Brisbane, Philip didn’t get near the ball, but his presence in the air had an impact. He got an arm through as Woki came to ground with the ball, but couldn’t break through the maul forming around him.

Lukhan Salakaia-Loto had a sudden opportunity too, but Woki fought him off enough to force him off the side. That left Swain, who I thought had swum down the side – and he did sneak a look back at referee Ben O’Keeffe to check – but who suddenly got through and was then turned around by the ball-carrier and a couple of French forwards in support, driving on ahead. 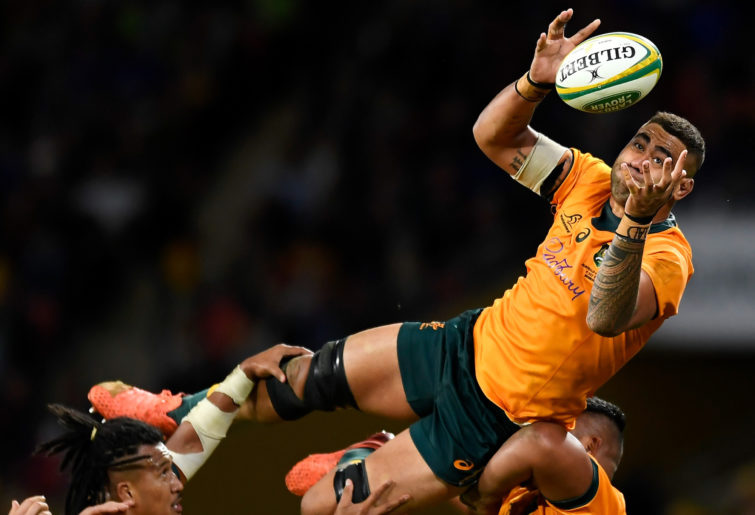 But in being turned around, Swain was suddenly on the ball-carrier, and after checking another look at O’Keeffe again, went to work on getting both arms on the ball and killing the maul dead.

This is by no means an exhaustive list of the little things, and there are plenty of other examples through the game. And plenty of things the Wallabies didn’t get right, too.

But they got the ones right when it mattered, and it won them a series against a very good French side. They conceded they’d made plenty of errors in Melbourne, and they turned them around in four days with minimal training and preparation time.

“Oh look, we put a lot of young men on the park tonight, didn’t we,” Australian coach Dave Rennie said in the post-match.

“They repaid us in spades. We’re creating good depth, we’re creating competition for places, and I just think this is massive for us because it gives you belief.

“It just highlighted how tight they are as a group, how hard they’ve worked with each other and for each other, and you know, it’s a hell of an effort.”

A hell of an effort, indeed.

The kind of effort you hope we keep coming back to as a reference point after future success.