It’s been years in the making but with the goal of ensuring the Olympic Games are “relevant to sports fans of all generations,” four new sports will make their debut in Tokyo.

Surfing, skateboarding, karate and sport climbing are the new sports on show, but are they enough to keep the next generation of fans interested in the Olympic Games? Here are the four new events the International Olympic Committee is banking on.

Surfing
Having decided to shake up the composition of the Tokyo Olympics in the wake of the London Games in 2012, surfing is one of four new sports set to make its debut in Japan.

The competition will actually take place outside of Tokyo at Shidashita Beach in neighbouring Chiba. It’s hardly renowned as a big-wave beach, however, the looming presence of a couple of offshore typhoons means ‘Shida’ could well host a livelier surf-off than originally anticipated.

Four surfers each will compete in heats lasting up to 25 minutes, with the top two advancing to the next round. Scores will be based on the difficulty of manoeuvres performed, while any surfer who drops in on a competitor’s wave will be duly penalised, with 20 men and 20 women competing from 18 different countries in the two respective competitions.

Surfing has long been a popular pastime in Japan, with the southern city of Miyazaki on the island of Kyushu regarded as the epicentre of Japanese surfing. The sport’s inclusion is a smart choice in a country that boasts genuine surfing culture and with the surfers including Chiba-born Hiroto Ohhara, the competition is sure to generate plenty of local interest.

Only regulation shortboards will be in use at the Tokyo Games, but with the IOC expecting plenty of interest in the surfing – which has been tentatively scheduled to start on Sunday, July 25 – there’s scope to expand future editions to include longboards, bodyboards and even stand-up paddleboards. 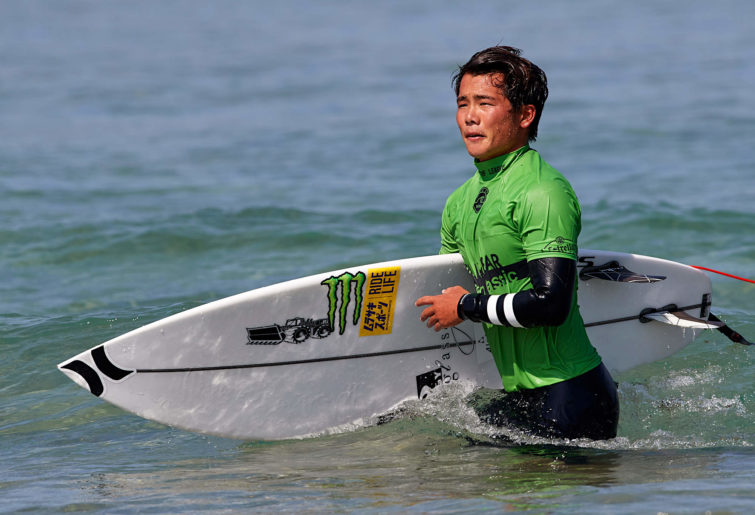 Skateboarding
Nothing screams youth culture quite like skateboarding. While the Tokyo Olympics won’t necessarily resemble California Games on the Commodore 64, there’s no getting around the fact the IOC is desperate to capture a more youthful demographic. That pretty much explains why skateboarding will make its debut in Tokyo with four medal events on offer.

A total of 20 competitors in each of the men’s and women’s events will skate in two different categories, with medals offered in both the Park and Street disciplines. While the skateboarding was originally set to take place at the Aomi Sports Park close to the athletes’ village, it has since been moved to the state-of-the-art custom-designed Ariake Urban Sports Park on the Tokyo waterfront.

The concrete skatepark has been designed with world-class competition in mind and is around twice the size of a standard skatepark. The Park event will take place in a traditional deep-sided bowl, which looks somewhat like a swimming pool, with skaters earning points for a variety of big-air tricks. They’ll get three separate runs to post their best score.

The Street section of the event will be contested on a straight course boasting handrails, stairs, benches, curbs and other sloped surfaces. It’s essentially a course designed to represent a real street and will see skaters judged as much on originality as anything else.

Crucially for Japan’s skateboarding community, local officials are in talks to retain the two structures as permanent fixtures within the city of Tokyo. It’s all part of ensuring the new sports receive some sort of long-lasting legacy from the Games.

Karate
Given that judo has long been contested at the Olympics, with Taekwondo becoming a full medal sport in Sydney in 2000, it seems only natural that karate follows suit as the latest martial art to make its debut in Tokyo.

Originally developed in the Ryukyu Kingdom – now the modern Japanese prefecture of Okinawa – Karate was first brought to Japan by native Okinawans in the early 20th century. It’s called a ‘striking art’ in that competitors use punches, kicks, knee strikes and elbow strikes to land blows to their opponent.

Two of the three main disciplines of Karate will be on display in Tokyo, with Kumite – which means ‘grappling hands’ – the main event on show. It’s essentially a one-on-one contest where the first competitor, or ‘karateka’, who takes an eight-point lead over their opponent wins the bout. There’ll be three separate weight divisions for men and women.

The other main discipline set to be showcased is called Kata. It probably won’t make a whole lot of sense to western eyes but will inevitably appeal to the Japanese fondness for aesthetics, with karateka essentially competing on their own to demonstrate the mastery and power of their techniques. It might sound a bit boring, but it ticks a box in a part of the world where form and the ability to demonstrate flawless technique is highly valued.

Whether karate continues beyond the Tokyo Olympics remains to be seen. But with anywhere between 50 to 100 million participants said to practise the sport on a regular basis, martial arts fans will certainly feel like it’s a worthy inclusion this time around.

Sport climbing
Of the four new sports on show at the Tokyo Olympics, it’s sports climbing that arguably stands to gain the most attention. It’s a widely popular endeavour in Europe, where the combination of athleticism and endurance has attracted plenty of competitors – including, most importantly to the IOC, many female climbers. 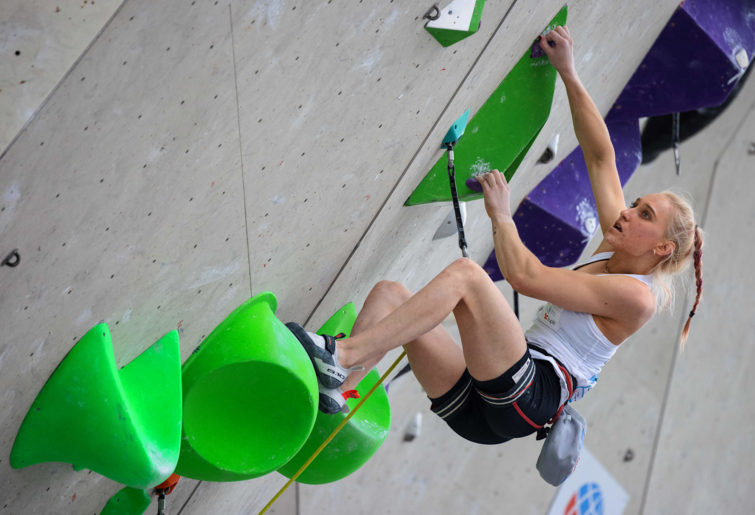 The sport itself was tested at the 2018 Summer Youth Olympics in Buenos Aires, but its inclusion in Tokyo has not been without controversy. Three disciplines will be used to crown an overall winner but many competitors are annoyed that one of those disciplines is speed climbing. Considered by many within the climbing community to require a completely different skill set compared to the other two disciplines involved, lead climbing and bouldering, the decision to include speed climbing has drawn widespread criticism.

Speed climbing will be judged separately and offer its own gold medal at the 2024 Olympics in Paris, but for now the three disciplines will be combined in Tokyo. Competitors will be expected to free climb an artificial wall around 15 metres in height within a specific timeframe for the lead climbing event, while the bouldering event involves scaling a variety of fixed routes on a 4.5-metre wall. Two competitors will go head-to-head on the 15-metre wall for the speed climbing portion of the competition, with the scores from all three disciplines combined to crown an overall winner.

Having already been confirmed for the next Olympics, there’s an expectation sport climbing will prove a popular inclusion at the Tokyo Games. Its combination of speed and skill should appeal not just to the locals but to anyone who enjoys watching a bunch of highly-trained athletes clamber over increasingly complex routes and obstacles. Just don’t mention speed climbing. 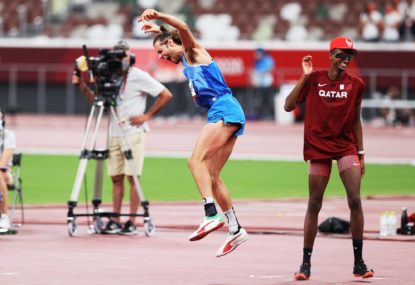 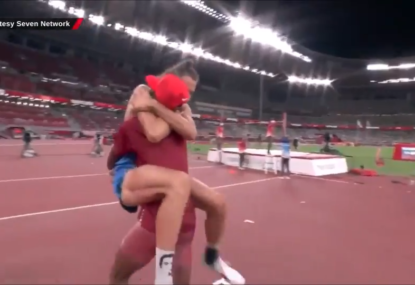 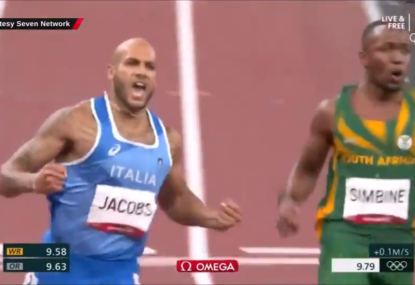 The men’s 100m final has been run and won with Lamont Marcell Jacobs from Italy winning the country’s first-ever gold medal in the 100m in a time of 9.80. It was a nervous start for all runners and there was heartbreak for Great Britain’s Zharnel Hughes who was disqualified before the race got underway after […] 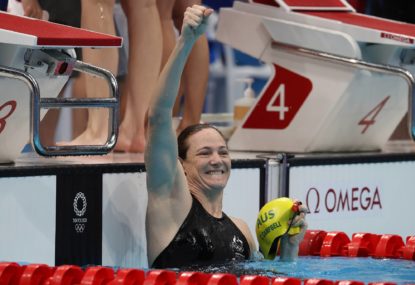