They have had a rocky season to say the least and the passionate fans of the inner west want nothing more than to return to the Benji Marshall glory days.

How exactly do the Tigers redeem themselves? Is it a matter of reconstructing the team from the ground up? Putting faith into the long-term, influential players?

Well, there aren’t many big names at Wests that have committed long term, and you can see why.

Pre-season, the Tigers were tipped to be sitting around the eight, however it’s no surprise they have receded expectations.

This unpredictable season has seen a number of names from the Tigers being mentioned in the media as potential signings for rival clubs.

Recent headlines write that Adam Doueihi – who has been trialling at five-eighth – is a likely option for a long-term leader at the club.

“As long as we keep winning, Madge will keep me there (number six),” Doueihi said after mixing between the centres and five-eighth all season. 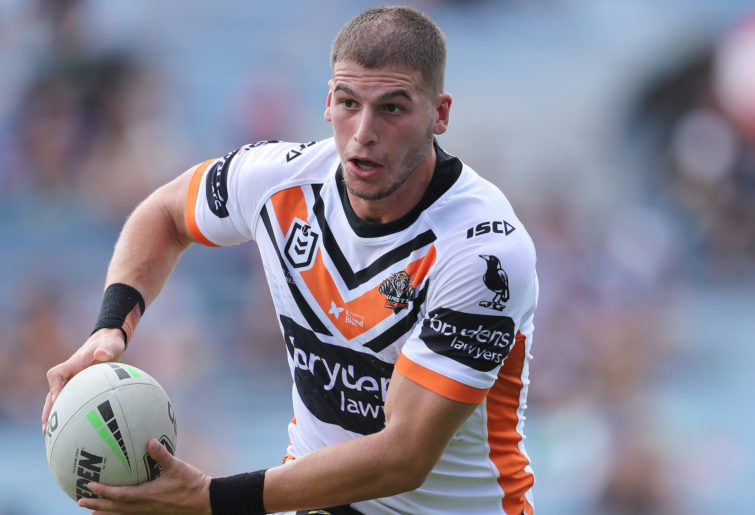 Daine Laurie, who quit Penrith to take up better money and a starting fullback opportunity with the Tigers, seems to be enjoying his footy, and he is a confident signing from the Tigers’ board.

In the last 48 hours, an absurd offer was made to the Canberra Raiders by the Wests recruitment team suggesting a swap that saw Luke Brooks and Moses Mbye for Jack Wighton and Josh Hodgson.

The team at NRL 360 including Paul Kent, Yvonne Sampson and James Hooper slammed the Tigers’ recruitment for even considering an offer of sorts and rumours also have it that on the other end of the phone was a laughing Ricky Stuart.

Fans are wondering if the recent tell-all series from Fox labelled Wests Tigers – Tales from Tigertown is healthy for the club.

Featuring on Kayo and Fox League, the multi-episode docu-series is a behind-the-scenes timeline of the Tigers’ 2021 season.

It exhibits features such as the players’ reactions to the ups and downs of the seasons, behind the scenes on match day, management operations of the board and coaching tactics by Michael Maguire.

Maguire has previously had the reputation of being overbearing, a control freak and a madman coach who no one wanted to cross.

Viewers claim this fly-on-the-wall series shows the real side of Maguire, who really isn’t anything like the rumours suggest.

Based on the first ep, he is a coach for the players and a family- and community-orientated leader, but don’t doubt the fire in his belly.

Maguire has shown his passion on game day and let’s not forget, he is a premiership-winning coach.

It’s been an ambiguous season, and quite frankly a headache for Tigers fans.

Does the rebuild start with the players or deep within the club?