As Australia’s batsmen have struggled for the most part on tour, it made me feel I was right that Shaun Marsh should have been selected in Smith’s absence.

Although the pitches for Test matches in the Caribbean have steep bounce and are quick wickets, the same cannot be said for the pitches during limited-overs matches.

On slow wickets which bring spinners to the forefront, Australia are still batting with the mentality that they have when batting on flat wickets on home soil.

When Shaun Marsh replaced Steve Smith in Australia’s ODI team while Smith was serving his suspension, the Western Australian batsman was outstanding. In 18 innings between June, 2018 and March, 2019, Marsh scored 851 runs at an average of 53.18 with four centuries, three half centuries and a strike rate of 91.6.

What does this show?

Marsh emphasised on the importance of strike rotation and keeping the scoreboard ticking without looking to clear the boundary through brute force.

If you compare Steve Smith’s ODI numbers since his suspension, he has scored 418 of his 947 runs in boundaries.

Although Smith and Marsh have played similar roles for Australia, Smith has scored 44.139 per cent of his runs in boundaries in this period. Just like Marsh, Smith emphasised on keeping the scoreboard ticking over without taking uncalculated risks.

Throughout the T20 and ODI series against the West Indies, I have yet to see an Aussie batsman willing to knock the ball around instead of taking unnecessary gambles and uncalculated risks.

While Mitch Marsh has impressed on tour with the bat, his over reliance on power hitting instead of emphasising on strike rotation has led to his downfall during the ODI and T20 series so far. 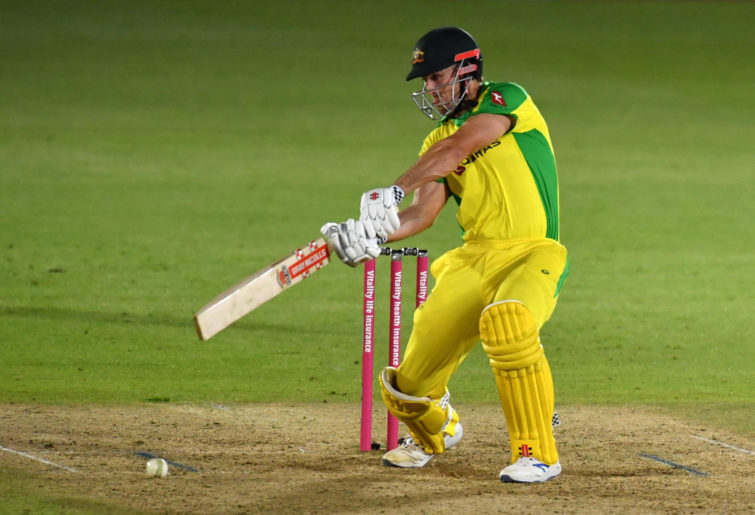 As Akeal Hosein and Hayden Walsh Junior have ripped through the Aussie line-up with spin, it makes quite grim reading as to how the upcoming generation of Australian cricketers are playing spin.

As Australia leaves for Bangladesh soon after the ODI series finale at Barbados, things will not get easier on what is naturally a rank turner in Dhaka.

Shaun Marsh is one of the best players of spin in Australia. There could be a case for him to be regarded as good as Steve Smith when it comes to playing the slower bowlers.

With a host of first name players out due to bubble fatigue and injury, it makes no sense whatsoever for the Aussie selectors to have discarded the elder Marsh on a tour of the Caribbean and Bangladesh.

Alongside his white-ball record, Marsh brings a lot of experience into any Australian white-ball team.

With Aaron Finch set to fly back home due to injury and go under the knife, Australia will head to Bangladesh as deep underdogs, despite the Bangladesh side set to miss experienced campaigners Mushfiqur Rahim (not entering the bio bubble on time) and Tamim Iqbal (injury) for the series.

While Shaun Marsh does not have an exemplary T20 record for Australia (more for a lack of consistent chances), he is one of the best BBL batsmen of all time and is one of the best batsmen in the IPL never to have won the tournament.

Justin Langer, of all people, should know about what Marsh brings to white-ball teams, having coached Marsh for the Perth Scorchers and Western Australia.

With over 13,000 runs in List A and T20 cricket combined, Shaun Marsh is still good enough to play in a second-string Australian white-ball side, regardless of his age.

While the Aussie selectors made a mistake not selecting Shaun Marsh this time, they cannot do this again for the T20 World Cup in the UAE, should Smith skip the tournament.

The wickets in the UAE suit Marsh’s style of play and with an extended squad set to be named for Australia during the tournament, it would be crazy not to recall him in an Aussie team that needs good players of spin who can rotate the strike.