This along with young Sassuolo midfielder Manuel Locatelli, and who can forget the iconic, unbreakable partnership of Leo Bonucci and Giorgio Chiellini?

The champion squad led by Roberto Mancini also included a vast amount of underrated and talented players with a lesser share of the spotlight. These individuals, no matter the minutes played, all had a part in Mancini’s ‘Il Gruppo’ mentality which led to their eventual Euro triumph.

But now, as everyone returns to prepare for another league campaign, the Azzurri will have plenty more players come out from the ‘gruppo’ to blossom for their domestic clubs.

Here are a few to particularly watch out for in season 2021-22 in Serie A.

Matteo Pessina, Atalanta
What an astonishing year the youngster hailing from Monza has endured, and it’s only July.

From initally missing out on selection for Italy’s final squad, before only just being called up as a late inclusion for the injured Stefano Sensi, to then scoring two match-winning goals against Wales and Austria, en route to winning a European Championship medal, it has definitely been an eventful month for the 24-year-old.

Even prior to the championships, Pessina endured another impressive year with domestic club Atalanta, returning from a knee injury to record 28 appearances in Italy’s top flight.

The midfielder recorded two goals and two assists in all competitions to help his side to back-to-back Champions League qualification.

Praised for his versatility and unmatched work-rate, Pessina is also known for his knack to spark chances through delayed runs into his opponent’s box.

Furthermore, the Monza youth product is now at the perfect time in his career to make the step up to an increasingly important position in Gasperini’s line-up.

This is especially after La Dea club legend and former No.10, Papu Gomez, departed the club for Sevilla after a falling out with the head coach earlier this year.

While also at the peak of his career market value-wise (€20 million), Pessina will be the perfect replacement to fill the void in that ‘ten’ role, left by the Argentinian international.

And now back fully-healthy for the start of a new season, and fresh off a spectacular Euro summer, Matteo Pessina will definitely be one to watch as Atalanta prepare to make another push for the Serie A title.

Whilst only playing a handful of minutes off the bench in the euro campaign, the viola midfielder will bring experience and a winning mentality to an underachieving mid-table side in desperate need of change.

A No.10 with an eye for goal, the viola starlet got off to a flying start to his last domestic campaign, scoring four and assisting one inside the first five match days.

However, Castrovilli is most notably known for his ability to aggressively drive at defences, being in the top 20 most-fouled players in Italy, two seasons running (according to kickest.it).

He is, for the most part, Fiorentina’s centre of creativity and sparking chances. And with veteran attacker and fan favourite (who led the team in big chances created last season), Franck Ribery’s contract not being extended, Castrovilli will have increased responsibility on his shoulders as the lead maestro.

The 24-year-old has also formed a solid connection with breakout 20-plus goal-scoring star Dusan Vlahovic last season, an exciting partnership the midfielder can build upon for seasons to come.

Add the summer signing of young, Copa America winning wide-man Nico Gonzalez, Castrovilli will finally have an increase in attacking quality to create chances for this year.

One of the first names on the team sheet last season, the Atalanta youth product played a huge part in Antonio Conte’s signature back three, winning the Scudetto for the Nerazzurri for the first time in 11 years.

Bastoni would have to settle, however, for a backseat role in the Azzurri defence this summer.

This reduced position from his starting role at club level though would allow the youngster to study the ever-solid partnership of Bonucci and Chiellini.

The Azzurri captain would go to praise his ‘successor’ in Bastoni, as “a promising young defender with strong passing skills” on a Pumafootball instagram video, displaying his faith in ‘the future’ of the Italian backline.

Aligning with the national team’s descriptions of the young defender, Bastoni is a left-footed centre back, with an improved ability to distribute short and long and confidently carry with the ball at his feet.

Multiple loan spells at Atalanta and Parma allowed the 22-year-old to sharpen his skills to eventually be a crucial part of a title-winning defensive line.

This particularly successful season saw the young defender total up 14 clean sheets, along with an impressive three assists in 33 league appearances.

Bastoni is one to be observed for the season ahead, prepared to defend his league title with international success and experience, as a controlling piece in a solidified Inter defence.

After 120 grinding minutes the deciding penalty was unfortunately burdened upon young 19-year-old Bukayo Saka, who had his shot saved by player of the… 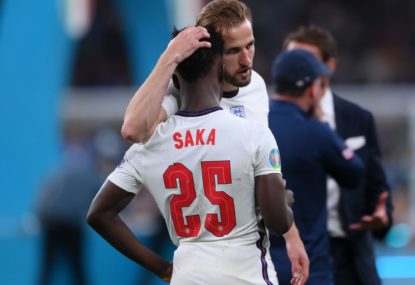 ﻿Twenty-five years after his missed penalty cost England a place in the 1996 Euros final, England manager Gareth Southgate was crushed again as the… 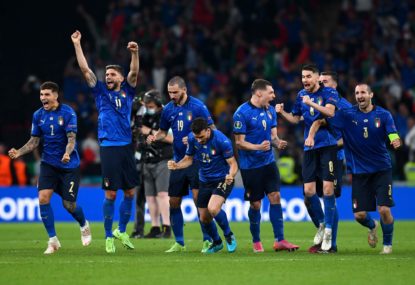 Euro 2020 has not disappointed. From the moment the Italians opened the tournament in style, through the tragedy that struck the Danes with the… 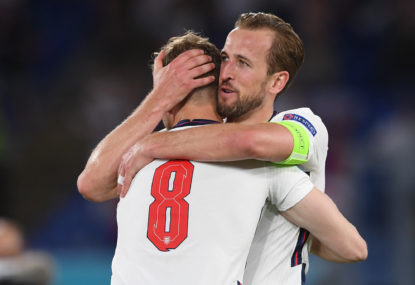