The team’s cohesion indicators show red flags, because many of those 29 men have not collectively shared training since the 2020 Tri-Nations.

The rest of the 38 players come from Argentine club rugby and the recent American Rugby Super League. The panorama addressed by head coach Mario Ledesma required strong leadership to manage cohesion as if it were a mountain river, flowing from the top down.

Argentina comes to Europe after a successful performance at the Tri-Nations based on a stronger defence (86 per cent effectiveness) and an acceptable contact management.

Despite scoring only two tries and an effectiveness of 9.5 per cent (tries per visits to opposition’s 22), the effectiveness of the penalty kicks made the difference against Australia, for example.

The aspects to consolidate – the lineout, scrum and decision making in the breakdown – were the priority tasks of Los Pumas for 2021. 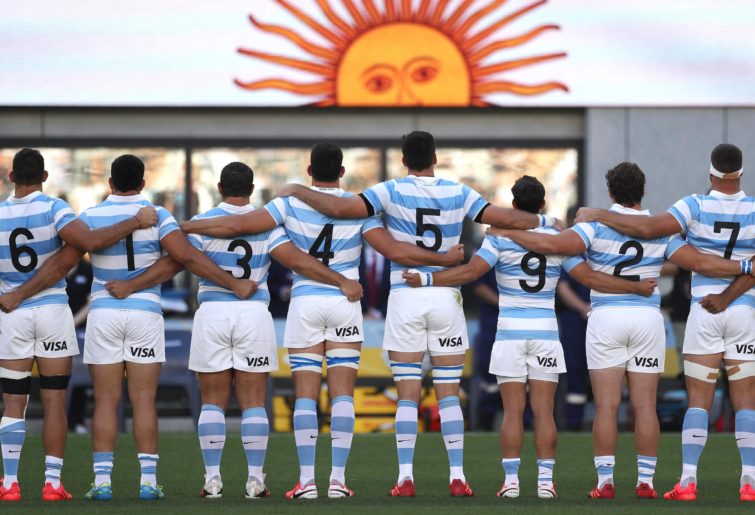 On the recent tour, against Romania, they had an erratic performance with too many disconnects. But Argentina’s challenge was in the first clash against Wales, which they posed very intelligently.

The structure of the Argentine attack was 1-3-3-1, launching more than 60 per cent of the semi attacks with the pods made up of forwards articulated by a game driver.

The passing game also differentiates Argentina when it is practiced in an intelligent and coordinated way, with a clear strategy of pursuing the ball.

But an early ejection of the Argentine fullback unexpectedly turned into an excellent drill to adjust the defensive performance and float with one man less.

Argentina managed to win the bet based on the administration of the defensive breakdown (seven ball recoveries) allocating only the necessary resources to maintain the game territorially and slow down the attack of Wales.

In the second Test match, working on a similar attack plan, Tomas Cubelli (nine) and Gonzalo Bertranou (21) channelled 63 per cent of the game again through attack pods, another 22 per cent through game drivers and the rest in other options.

The essential thing was always to maintain possession of the ball to guarantee decision making that resulted in a ratio of tries per visits to opposition’s 22 of 32 per cent.

As for the 13-2 defensive scheme (13 defenders lined up and two in the backfield), it has begun to show predictability in the spaces that defenders leave behind by lining up behind the advantage line with 15 and ten closing the backfield.

Argentina’s defensive system is effective so far, but the attack must work on developing more variants in speed.

With 84 per cent of the half scrum activity based on passes, Los Pumas must generate a greater gain of metres for each pass made, which today is 2.45 metres (New Zealand scored 2.5 metres and Australia 2.8 metres).

As a general balance of the tour, we can affirm that the Argentine scrum was once again solid (100 per cent effective own scrums) and we managed to balance the options in the lineout and contact.

Something allows us to think that Argentina is in a phase of consolidation of the game and of a better sustainability in the cohesion index since the game was effective despite keeping 29 per cent of its players outside the country and 33 per cent of the total squad made up of young people.

In this way, the reconfiguration of the Rugby Championship is likely to affect Argentine aspirations less than those of the rest of the teams in the southern hemisphere.