The Roar
30th July, 2021
18
Join the conversation
Advertisement
Write for The Roar

Trevor Hohns is to retire as Australia’s cricket selection chair, with George Bailey the likely successor in the top job, according to a report in The Age.

The Age says Hohns recently handed in his notice after the second of his two stints as chair of selectors which took his time in charge to 16 years overall, spanning 1995 to 2021.

The Age said 38-year-old selector Bailey is the likely next man in, creating a vacancy on the panel. Australia has had three selectors, with national coach Justin Langer the other man who decides team selction.

Bailey played five Tests and 90 one-day internationals before joining the panel in 2019 as a replacement for the retiring Greg Chappell.

The Tasmanian outlined his appraoch to selection in an interview last year, saying clarity around decisions was key for players, especially when they were dropped.. 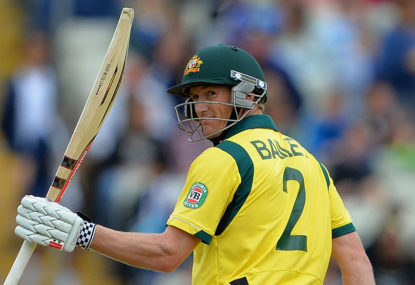 “I’ve had to do that (drop players) to some of my closest mates and knowing that when you do it that would be the last time they would probably get an opportunity,” Bailey said on The Unplayable Podcast.

“Then the next day you’re taking the kids around to their house for a barbeque.

“There’s no easy way to do it but I have learned and been told over the years, and even my own experience about being dropped, people don’t want bullshit excuses about it.

“Hit them with the absolute truth even if they don’t like it or believe it because it’s much easier to process and deal with.

“As soon as you start trying to give flimsy reasons and clichés then players will hunt through to the weakest point and become fixated on it.”