The Olympic sevens campaign was a disappointing one for Australia, with both the men’s and women’s sides being knocked out in the quarter-finals.

These results, although underwhelming, present a unique opportunity to review the programs and pathways for the future.

The men’s tournament was especially disappointing as they only managed two wins from their six games. Since winning the Sydney sevens in 2018, the team has regularly struggled to pass the quarter-finals in the world series.

This was again the case during the Olympics as they were knocked out by Fiji with less than a whimper.

Particularly worrying for the men’s side was their lack of attacking threat.

Across six games, they only managed to score 115 points. Compare this to Fiji (157), New Zealand (161) and Argentina (149) and you can easily see their deficiency in this area.

A huge factor in this was their lack of elite speed or strength across the board. These ‘X-factors’ are becoming increasingly important in rugby sevens as defences have improved out of sight.

Australia often held onto the ball for long periods without truly testing their opponents’ defence. This was highlighted in their crucial pool game with New Zealand.

During this game, Australia held possession for just over ten minutes, but could only score two tries, one of which was unconverted. 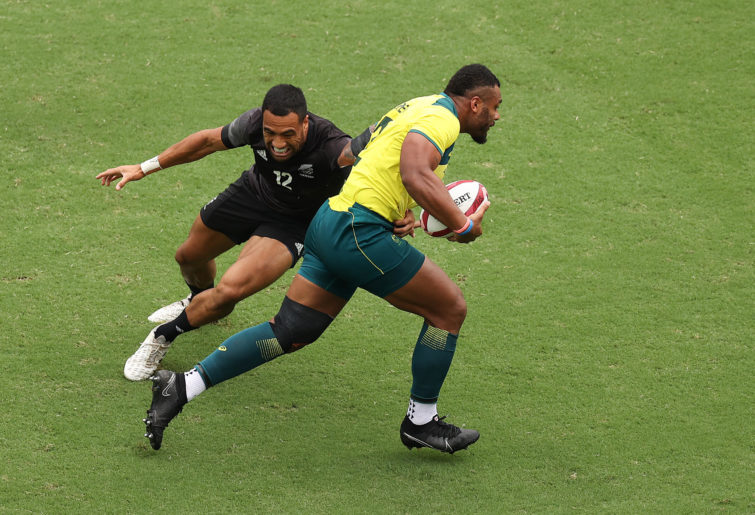 New Zealand, on the other hand, held the ball for just under four minutes and scored two converted tries, thus coming away with the win.

It was also surprising to see Tim Walsh’s use of playmakers Maurice Longbottom, Josh Coward and Josh Turner. All three received more limited minutes than usual and were rarely used in tandem, despite possessing electric footwork and regularly being among Australia’s best players.

Perhaps, this was due to concerns about their size and ability to handle the physicality other teams.

Although disappointing, the results also provide an opportunity for Australia to reset their sevens program. For me, the first step in this would be a domestic sevens competition, which could mirror the current AON uni women’s sevens tournaments.

These competitions have been proven to produce players ready for the top level. For the women’s, the likes of Maddison Ashby, Faith Nathan, Maddison Levi and Tia Hinds all came through this pathway and featured heavily in the Olympics.

A domestic sevens tournament is also a key part of both Fiji and New Zealand’s sevens calendar. The Super Sevens Series (Fiji) and Ignite Sevens tournaments (New Zealand) provide valuable match and tournament practice for players in the national set-up.

This is essential for Australia, as most Australian players do not grow up playing the format regularly and thus lack a familiarity with the game and its tactics.

While sevens in Australia will likely never overtake the 15s game in terms of popularity or success, its potential benefit for rugby union in Australia is huge.

Not only does it offer an exciting introduction to rugby union, for players and fans alike, it also provides the opportunity to complete at the Olympics.

With this is mind, it is essential that Rugby Australia continue to invest into the sport and its success.