Ahead of the clash between Manly and Melbourne this Saturday night, let’s look back at one of the most spiteful matches between the two sides, which occurred nearly a decade ago.

It was the penultimate round of the 2011 season, and the Storm went into the match on top of the ladder having won their previous 12 matches – then a club record for the most consecutive wins.

This came 16 months after the club was severely paralysed by salary cap breaches, which saw them stripped of three premierships and three minor premierships, fined over half a million dollars, forced to return another million dollars in prize money, and sent to the bottom of the ladder.

Despite fears that the club would go under as far as on-field results were concerned, the Storm enjoyed a successful 2011 season as they rebuilt under a reduced salary cap, with coach Craig Bellamy having vowed to lead their way out of the wilderness. 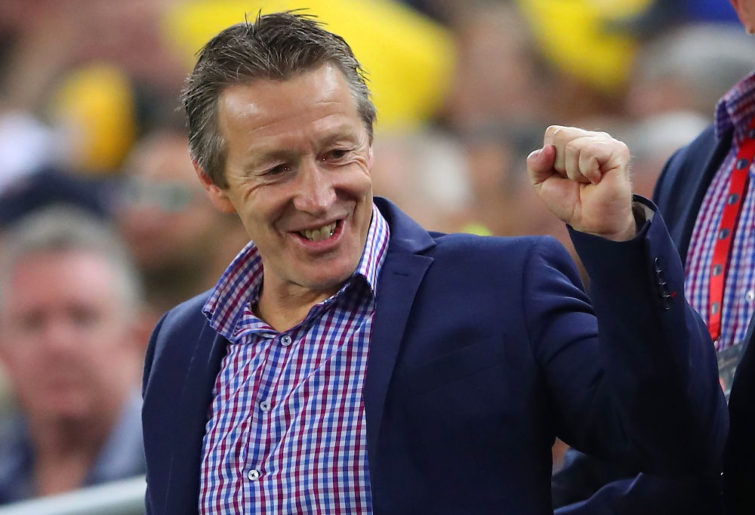 The Sea Eagles had also endured a brief period of mediocre results since winning the 2008 premiership.

Despite reaching the finals in 2009 and 2010, they fell at the first hurdle, including losing to the Storm in a qualifying final at Marvel Stadium in the former year.

Part of the reason for these poor seasons was the prolonged absence of fullback Brett Stewart, who missed all but one match in the latter year due to a serious knee injury; if it wasn’t for the Storm’s salary cap punishment, the club would’ve missed the finals, finishing ninth.

However, Stewart’s return, plus the emergence of rookie halfback Daly Cherry-Evans, saw the club shoot back up the ladder, and going into their Round 25 clash against the Storm at home, were still in with the chance to finish on top.

The match started like any other would, until David Williams suffered a serious neck injury in the 22nd minute of the match, with proceedings held up as he was stretchered off the field.

But nobody would’ve anticipated the anarchy that was to follow, as just after the match resumed, Darcy Lussick gave away a penalty for striking Ryan Hinchcliffe just metres out from the Sea Eagles’ line.

This resulted in a brawl, with Glenn Stewart and Adam Blair both sin-binned for joining in.

As both players made their way to the stands, the two players began swinging at each other, sparking another all-in brawl just centimetres from the sidelines.

Stewart and Blair were sent off for the remainder of the match.

By the time the match restarted, there had only been one minute of live football in the previous 15 minutes, taking into account the injury suffered to Williams.

The remainder of the match became a subplot, with the Sea Eagles eventually winning 18-4. Billy Slater pegged back a try for the visitors at the death, which prevented them from being held scoreless for the first time since the 2008 grand final. 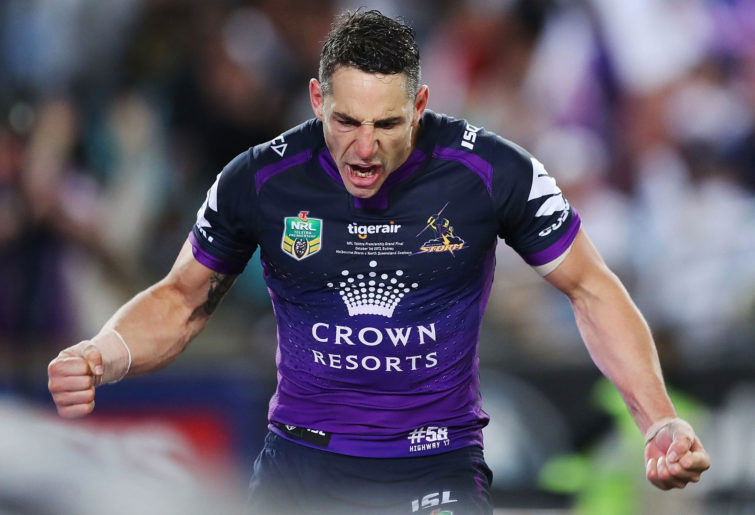 Both clubs suffered financially from that wild night, each fined $50,000. For their parts, Blair and Stewart copped suspensions of five and three weeks, respectively.

David Gallop, the NRL CEO at the time, also condemned the behaviour of both clubs, saying: “The sight of so many players from both teams fighting, of people running in and leaving the bench area, was a horrendous look for the game.”

It was the first match he attended of either club since suspending Brett Stewart for the first four rounds of the 2009 season for a sexual assault incident which he was later cleared of, and since stripping the Storm of titles for the salary cap scandal.

Blair’s suspension meant that he would not play again for the club, regardless of whether they reached the grand final or not, having signed with the Wests Tigers for season 2012.

Stewart returned from his suspension to inspire his side to a 24-10 win over the Warriors in the grand final, being awarded the Clive Churchill Medal, as the Sea Eagles won their eighth (and to date most recent) premiership and second in four years.

From the two sides that took part in that match nearly a decade ago, only the Sea Eagles’ starting halves, Kieran Foran and Daly Cherry-Evans, remain at the club today, as do both coaches, Des Hasler and Craig Bellamy.

Foran and Hasler did spend some time away from Manly, with the former churning through stints at the Warriors, Eels and Bulldogs, while Hasler coached Canterbury between 2012 and 2017 before returning to the Sea Eagles at the start of the 2019 season.

But this weekend, instead of it being the Battle of Brookvale, it will be the Battle of Brisbane, with the two sides to face off at an empty Suncorp Stadium on Saturday night.

Melbourne have adapted well to life after Cameron Smith, and will have the chance to win a record-extending 17th consecutive match, having not been beaten since Round 3 when they were pipped at the death by the Penrith Panthers at the foot of the mountains.

Last Sunday, the southerners unleashed on the mountain men, winning 37-10 over a severely-weakened opposition. Last year’s Clive Churchill Medallist, Ryan Papenhuyzen, kicked a field goal at the death as he continues to track well in his return from concussion.

It has seen them assume the outright premiership lead and, given the form they are in at the moment, it’s hard seeing any other team catch them in their pursuit of back-to-back titles.

But a serious test of their premiership credentials awaits in the Sea Eagles, whose fullback, Tom Trbojevic, continues to firm in favouritism for the Dally M Medal after orchestrating his club’s 40-22 win over Cronulla last Monday night.

Backing up from his strong performances for New South Wales in the State of Origin series, ‘Tommy Turbo” ran riot against the Sharks, scoring three tries, providing two assists and making 15 runs for 178 metres.

Over a decade removed from their two premiership showdowns in 2007-08, it would barely be surprising if the two sides end up again battling each other for this year’s title.