Why Los Pumas' cohesion is their greatest asset

A few days before the start of the Rugby Championship, the teams already showed their tactical novelties in matches played during July.

The limitations caused by COVID-19 determined the rugby performance of the entire southern hemisphere, but more particularly the structures of the selected teams from South Africa and Argentina, because many of their members develop activities in the northern hemisphere.

South Africans participated in the Rainbow Cup and many Argentine players compete in England and France.

This mention makes our interest focus on the analysis of the cohesion factors that intervene in the performance of the game.

I will analyse Argentina from a historical series of data from 2019 to the present:
1. Permanence in the selected team and leadership
2. Caps played
3. Place where the groups of players are based
4. Tries scored in benchmark competitions 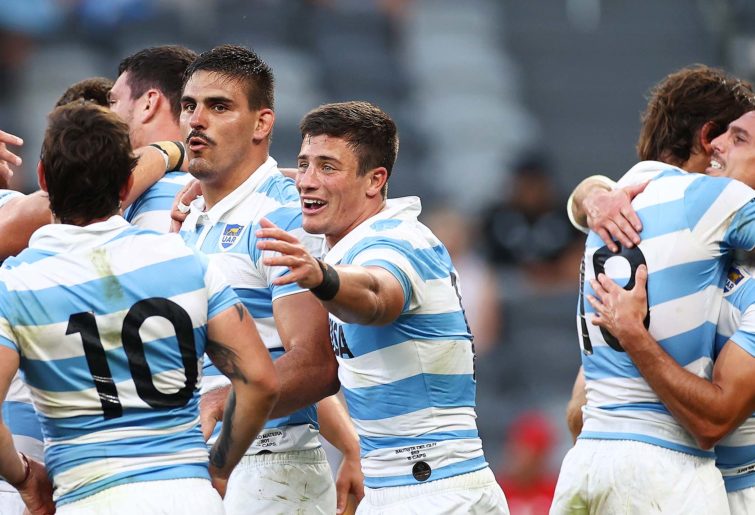 From the perspective of cohesion, we see that Argentina at the 2019 World Cup gathered its best men around the Jaguares.

Regarding the segmentation of the experience of the participating group in the last World Cup, we note the following: 11 men with more than 50 caps contested, seven between 50 and 30 caps contested, and 13 with less than 30 caps.

As we can see, the cohesive structure of Los Pumas for the 2019 World Cup edition revolved around men with less than 30 caps who were based in Argentina and generated an average of 36 caps for the team.

This suggested the existence of better predisposing conditions, but the consolidated indicator of 12.8 points achieved reflected the fact that despite scoring 14 tries, Argentina did not beat the Group C instance. 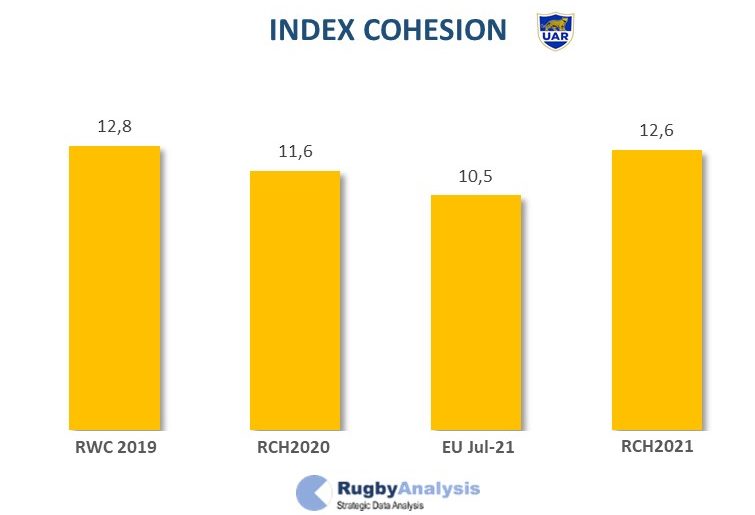 When we focus our analysis on the 2020 Tri-Nations, we see that the cohesion indicator decreased based on the incorporation of players with less than 30 caps in Los Pumas (28 out of a total of 43). As can be seen in the graph, the 11.6 points scored by the indicator are closely related to the low number of scored tries (two).

The other item to analyse from cohesion is the European tour that Los Pumas undertook in July 2021 through Romania and Wales.

For this three-game tour, Argentina based its structure on men residing in Europe (28) to manage logistical and economic factors. But when considered a tour to test players, 17 men with less than 30 caps contributed to the structure.

By favouring men with less international experience, Argentina opted to promote a less cohesive structure. Despite this conditioning, nine tries were scored (four versus Romania and five versus Wales), which drove a further improvement to the indicator.

Finally, when I analyse the preliminaries to the 2021 Rugby Championship, we see that the indicator is projected more balanced, because the call for participants concentrates 37 players based in Europe and 31 with less than 30 caps played.

The 12.6 points projected for the indicator could be improved due to a good try score, since they show a level close to that achieved in the 2019 World Cup where Los Pumas had everything to succeed.

What is the greatest competitive advantage of Los Pumas? Undoubtedly, their degree of cohesion as a team is not optimal, but it is the factor that keeps them expectant and in permanent training in each competition.