The Roar's AFL expert tips and predictions: Round 21

We’re well and truly into the pointy end now.

Just three weeks separate us from the finals and the de facto end of the tipping competition. It’s still anyone’s game.

Two weeks ago, Liam Salter, the Crowd and I all had our scores of five well and truly trumped by a seven from Dem Panopoulos.

Last week, it was the reverse – it was fives all around except for lone wolf Dem, but he could only manage three.

He has it all to do on 103 points, with myself and Liam sharing a score of 107 and the Crowd still narrowly ahead on 108.

The cream is really rising to the top right now and, as has so often been the case, the Cats find themselves in that upper echelon. The premiership isn’t quite a two-horse race yet, but if you had to put a stake on two clubs, Geelong would be one of them.

They’re not going to have it all their own way against a dangerous Giants side that has everything to play for, but it’d be a big surprise to not be hearing the Cats club song at full time on Friday night.

Another club with everything to play for is Carlton. They roared back to life against the Saints last week and, given how tight the finals race is, are a very genuine chance of sneaking into the top eight at just the right time.

Last week’s annihilation at the hands of Melbourne looks to have really sent shockwaves through the Suns and they could be at risk of a plane crash finish to the year. Carlton to win and move within striking distance of a finals spot.

Richmond are also still barely in reach of a finals position, but the harsh reality is that they’re done for 2021. They’ve won one of their last seven matches and that was against a Brisbane side who are also crashing and burning.

North Melbourne have alternated wins and losses for six weeks now and haven’t lost consecutive matches since May(!). I’m backing them to put the early-season hysteria well and truly behind them with an almighty statement win.

Port Adelaide have ripped their crosstown rivals to shreds in their last three encounters and that trend will almost certainly continue on Saturday night. Moving on. 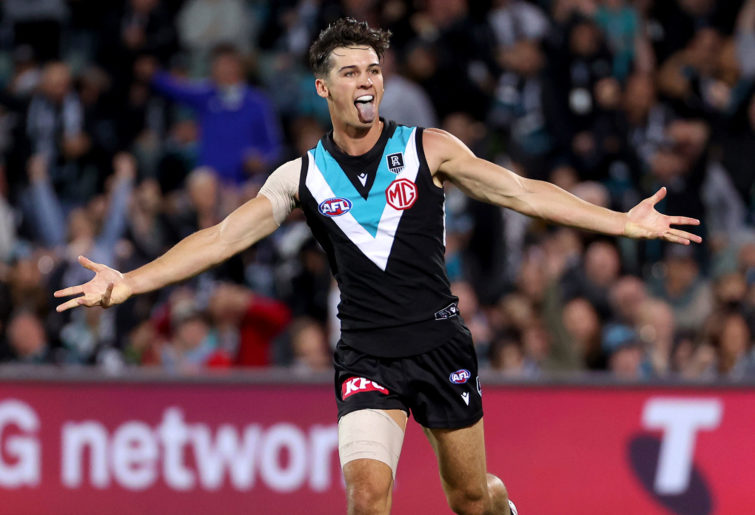 Sydney continue to go from strength to strength in what’s quickly becoming one of the most stunning jumps up the ladder in recent years. Swans fans have been spoiled for quite some time, but this is really something else.

They have an exemplary recent record over St Kilda too and should be able to put consecutive win number six on the board without too much hassle.

Hawthorn will be buoyed by their superb effort against the Lions last week, while hosting the Magpies in Launceston is also a boost.

The problem, however, is that the Hawks have routinely followed up their best efforts in 2021 with absolute goose eggs the following week. Collingwood’s players will also want to put in a good show for their incoming coach and that should see them get up.

The Western Bulldogs have far too much firepower to be troubled by the likes of a Dyson Heppell-less Essendon, while I suspect the limping Lions will also find themselves on the wrong side of the ledger again when the siren sounds for their clash a spirited Fremantle side.

West Coast – whom I copped a lot of flak for after predicting they’d miss the eight – should continue to wobble further on Monday night after the Demons are done with them too.

The Saturday night Showdown is this week’s Shoe-In of the Week.

As Jackie Chiles would say, the concept of footy tipping in 2021 is “outrageous, egregious, preposterous”.

We don’t know where games are being played a single day before the contests, let alone half a week in advance, so it’s time to start closing the eyes and hoping to hit the dartboard.

Geelong are due to get three fixtures at GMHBA to finish the season, although it shouldn’t matter where they’re playing on Friday night, they’ll win.

I’ll go with Carlton to keep their tiny chance of making finals alive over the Suns, who continue to fall away badly.

Richmond against North Melbourne is a massive game, the Kangaroos’ willingness to use the corridor will cause issues to the Tigers. The only reason I’m tipping the reigning premiers is due to the expect defensive reinforcements coming back.

If they go unchanged, let it be known I’d expect North to win.

The Showdown should be one-sided which lets us have all eyes on an intriguing second Saturday night contest.

The Swans keep winning, although it feels like despite having a chance at the top four, they need a little setback on the way to really lock in that premiership contender status, most teams do. Ryder should be back for the Saints.

The Tasmanian effect is a real thing and seems to have saved Hawthorn from a wooden spoon, if the game stays down there. I’d expect them to beat Collingwood, just as one would think the Bulldogs are way too powerful for Essendon playing a similar style.

Two final games at Optus Stadium are where things get a little tricky. Are we going to get upsets, or is this round going to behave?

If Fremantle make finals after losing key personnel, it’ll be one of the great stories. You’d think Brisbane needs to prove a point.

You know what? I’m hardly going to make up ground sitting on my hands. West Coast to flip the script and continue their good record against the Demons on a Monday night to wrap up the round!

Geelong hosting the Giants is a peculiar Friday night clash, but more promising than last week’s. The Giants blew a chance to move into the top eight last weekend, and Geelong is a significantly harder team to play than the Power.

The visitors have history on their side, winning the most recent games between the two – including one in Geelong. But they’re injury-hit, and Geelong are likely the best team in the competition right now – I can’t see GWS poaching this win.

Saturday’s games are an interesting bunch. As we saw last Friday, Carlton is a totally different team with Harry McKay in the side and given how lacklustre – a nice word to use – the Suns were last week, the Blues will make winning this encounter a formality.

Victory being all but assured is also the case in Saturday night’s Showdown. The Power smell blood and should demolish them.

The other duo of Saturday’s clashes yields big ramifications for all parts of the ladder. The Saints are very much underdogs against Sydney, who continue to impress – but cannot drop this one as they endeavour to snatch a top-four spot.

St Kilda show flashes of brilliance, and they should make things difficult as they technically remain finals chances, but I’m backing the Swans by more than a few goals. 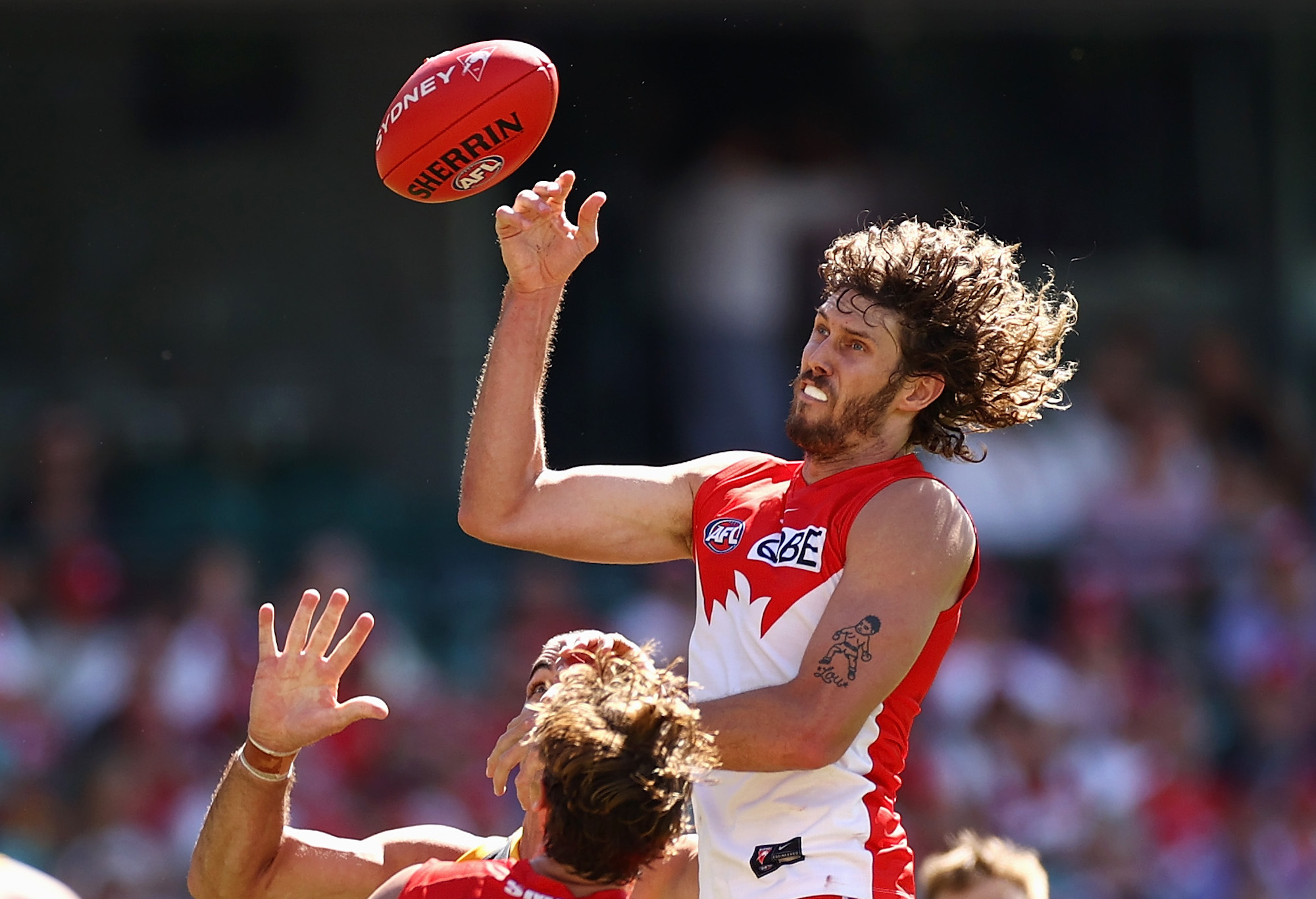 So, to the Tigers, who desperately need to win against the Kangaroos if they want to make finals. They looked poor against Freo last week, but if they don’t show a pulse against North, their season is dead – officially. Which is why, as much as an upset is possible, the Tigers will win.

The Hawks-Collingwood clash is bound to be oddly exciting, particularly given they both looked sensational in upset wins last week. Either could win, but I’m going to back in the Pies.

The team the Hawks beat – Brisbane – travel to Perth to face Freo. The Dockers – remarkably – start the round in the eight, and would have significant motivation to win here, but Brisbane makes me nervous. They will want to bounce back and likely will.

Essendon, too, will want to bounce back against the Doggies, but losing Kyle Langford and Dyson Heppell hurts, especially if the Doggies bring Adam Treloar back into the side. This is the Dogs’ game to lose.

As for Monday’s game, the Eagles are broken. A fantastic record over the Dees isn’t going to be enough to save them here – they’re on track to lose.