Lock us in for a Lions series decider!

Saturday’s second Test was exactly the result Harry and all Springbok fans wanted, and now we’re all set for a ripping winner-takes-all third Test this weekend coming. I’m not sure how many of us were thinking that would be the case a fortnight ago, but here we are.

So, let me put this out there: what chance a second successive drawn Lions series?

And on this other side of the SANZAAR pond, all attention now turns to the first match of the Bledisloe Cup series.

We do now know the second match will be played back at Eden Park in Auckland again, but such is the way of the world down our way at the moment, I don’t think we can assume the schedule is set in anything close to stone.

And suddenly, The Rugby Championship isn’t far away. Seriously, where has the year gone?

Question 1: The first Bledisloe Cup Test is upon us, and there’s a real anticipation on both sides of the ditch. How do either the Wallabies or All Blacks get it done in Auckland? Pick a team and discuss… 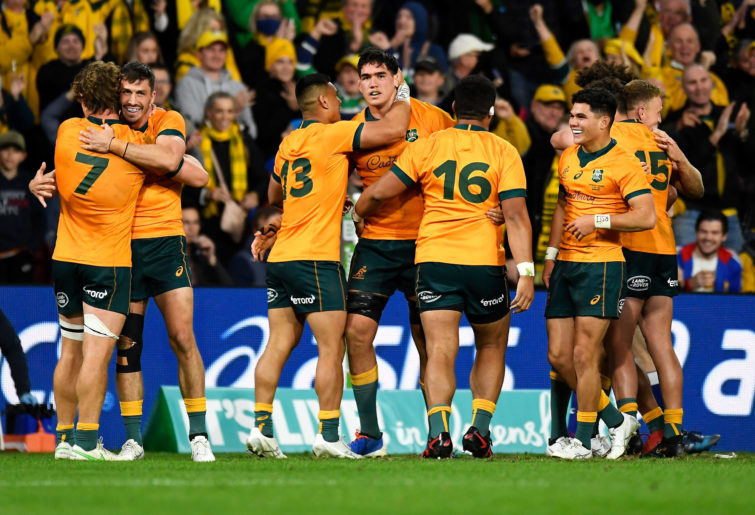 Can the Wallabies get the chocolates at Eden Park? (Photo by Albert Perez/Getty Images)

Geoff
What a weird week. I can’t recall a Bledisloe Cup match in recent history where the focus of Australian and New Zealand rugby fans in the lead-up has been so sharply directed elsewhere. Thankfully, come Saturday afternoon, normal world order will be returned.

The All Blacks get the job done in the same way they always get it done against Australia. A stronger pack, winning the collision area, a skill advantage across the park, imparting pressure on the Wallabies, feeding off mistakes and punishing them with precision finishing.

The Wallabies get the job done in the same way they always get it done against New Zealand. Dominating possession, dictating the flow of the game, recycling quickly, drawing cheap penalties, opening up try scoring opportunities on the quick break.

And on the other side of the ball, frustrating the All Blacks by shutting down their usual routes to the try-line through minimising errors and totally committed defence.

Brett
It’s going to be fantastic to see the Wallabies in action again, and it sure does feel like a lot longer than just three weeks since they last played. And I can’t even claim lockdown muddled my thinking.

Set piece is going to be crucial for the Wallabies, and like a few of us have discussed over the last few days, it does feel like there are some opportunities for this Wallabies pack.

Not for imminent dominance, and obviously no-one is saying that, but it does feel like the All Black pack has come back to the field a bit, while the Wallabies eight looks much improved and much more disciplined as a unit. 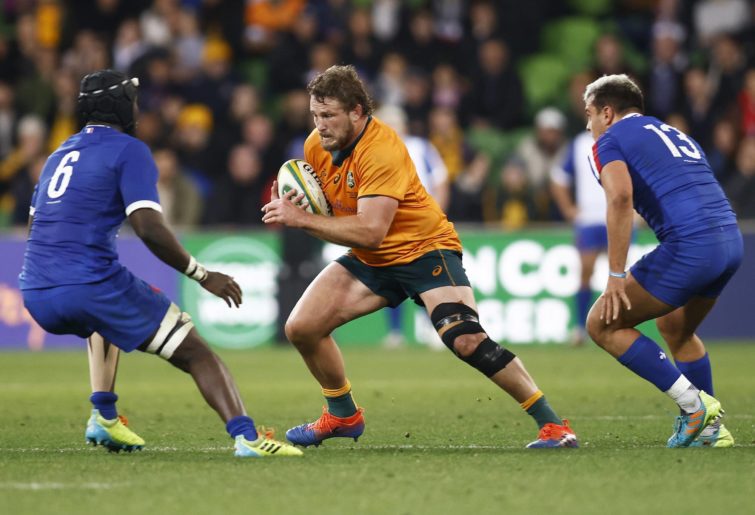 So, I think the Wallabies need to roll up the sleeves much like they did in the final Test against France, and just keep banging away up the middle.

Some ill-discipline within the squad will simplify the backrow headache that was growing around the selection table, but the need to play pretty tight remains.

That’s the way it’s got to be. If the Wallabies play like they did in the second French Test and spend too much time playing east-west, then that just plays into the All Blacks’ hands.

Digger
In among a whole host of distractions, this game has really crept up on us. Certainly grateful we can in fact get a match underway and I hope both sides will be fizzing to head back out on the park.

Given both sides have had some time away from the park, I suspect the key for both sides will be who can hit the ground running the fastest and get their combinations and cohesion functioning as quickly as possible.

The biggest key for the Wallabies will be the breakdown – if they can stop the All Blacks gaining momentum, they will give themselves a good chance to break their Eden Park blues, especially if the New Zealanders’ discipline is poor.

For the All Blacks, the biggest key will be to dominate territory. If they keep the Wallabies in their own half for the majority of the match, I suspect they will be presented with a number of opportunities to win this match, and win it well.

Harry
A Bledisloe sounds exciting! Neither coach is likely to make a video about three dozen referee errors. But the speed and skill should make up for it.

I’m most interested in how the All Blacks move forward towards 2023, starting with this match.

Who is going to provide the hard edge? Is Sam Whitelock playing one too many seasons? Who is the heir apparent to Jerome Kaino and Liam Squire, at 6? And how will they navigate the breakdown?

Question 2: And the Lions Series comes down to decider. Who wins from here, and have you changed your thinking from before the Test Matches started?

Geoff
I’ve definitely changed my thinking about this series, but not the result.

Beforehand, I thought the Boks would prevail by a close margin, and while the loss of Pieter-Steph du Toit and Faf de Klerk are hurtful, they should still have enough class to get the job done. 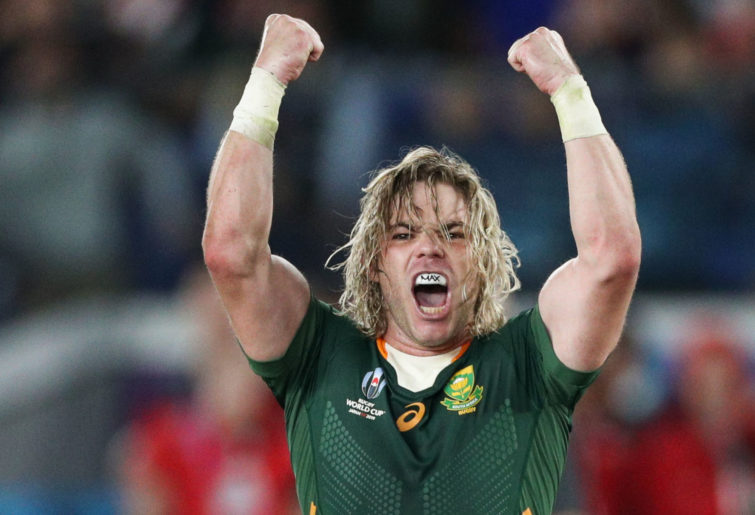 That said, the Lions were written off before the third Test last time, in New Zealand, and found something extra.

Their personnel changes are voluntary and strategic rather than forced, and with Dan Biggar’s goal kicking shading Pollard’s at the moment, a win would certainly not surprise.

Where I have changed my thinking, like I suspect many others have, is that I care a whole lot less.

This series has been an experience akin to having a hearty meal at the Coogee Bay Hotel, looking to finish it off with a nice dessert, and discovering that the ice cream tastes like s… something else altogether.

Brett
I, too, was always thinking the Boks would win 2-1, but I probably wasn’t expecting the Lions to win the First Test.

But then, I also wasn’t expecting South Africa to turn things around so emphatically last weekend, which kind of makes me wonder what’s, ahem… in the water in Cape Town.

The Lions won by playing more rugby in the first Test, but then the Boks came out and played two Tests worth of rugby in the second Test to win it pretty comfortably.

And now both sides are hit by injury and selection anxiety, and I think that means the decider should be pretty damn tight. I think South Africa still claim the series, but I think there’s only a struck match between them. 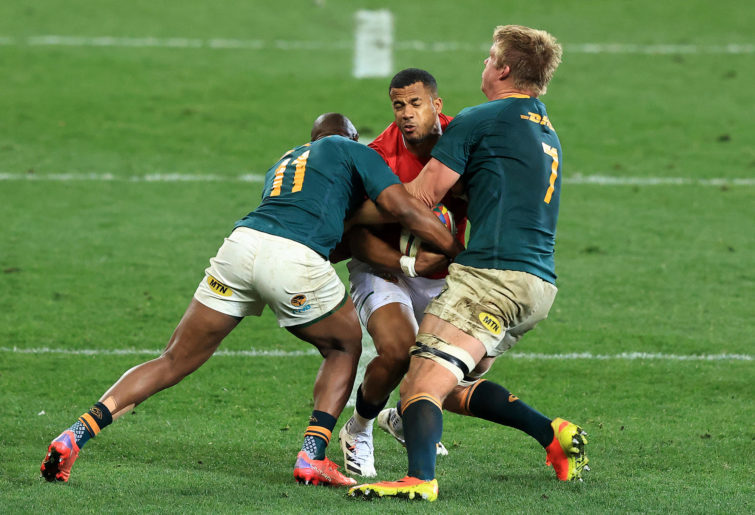 Digger
So, the Lions turn up in the first Test and ‘out Bok the Boks’ and the Springboks were in a world of trouble, and now the Boks turn up and do their Bokkie thing on the Lions, and now the Lions are in trouble.

And that’s without deep diving into all the challenges and shenanigans whirling around this series.

I have changed my thinking, to a degree.

I did not think the Lions would win playing in an attributional style match and was clearly wrong, however, I still believe the Springboks will win the series despite the absence of Faf.

I simply do not see where the Lions break them apart to take this series and I am willing to bet the third Test will likely play out much the same as the second, a tight tussle, a bit of how’s your father and then the Boks pulling away in the last quarter.

Harry
Before the series started, I imagined the Springboks would win three relatively close matches. The basis for that was that I think the Boks know who their team is, and at 2, 7, and 10 and in the midfield, they have large advantages.

I underestimated how undercooked the Boks were.

Hence, Test 1. The home team ran out of puff and gave up a comfortable lead.

However, the Lions made a meal of Test 2. And the Boks looked solid.

So, I’m seeing a 2-1 Boks win, built on forward superiority, in a bitingly tense decider.

OVER TO YOU: How will your team do the job in Bledisloe 1?

And who takes the Lions series spoils? And have you changed your mind during the series?