Born in 1988 to his parents Benny Mills, a Muralag Torres Strait Islander, and Yvonne Mills, a Kokatha Aboriginal Australian.

He lived out his childhood in the Australian capital city of Canberra, learning the game and developing his skills on a worn-down hoop outside on a dusty mound.

He was surrounded by the sport from an early age and as a kid he worked as a ball boy for the Canberra Cannons of the NBL.

Mills also excelled in Australian rules football, but it was obvious he had found his calling in basketball. He was just a boy with sky-high dreams and he had the tools required to turn those dreams into reality.

Perseverance and determination are traits that have been engrained in the heart of Patty from the very beginning. His mother was part of the Stolen Generation, she and her four siblings were taken from their parents by the state in 1949.

Mills said realising his mother’s past was the “turning point” in his understanding of who he is as an Indigenous Australian. Her resilience is the reason this Australian icon stands here today, shedding tears on the podium, decked out in the Australian green and gold, with an Olympic medal hanging around his neck. 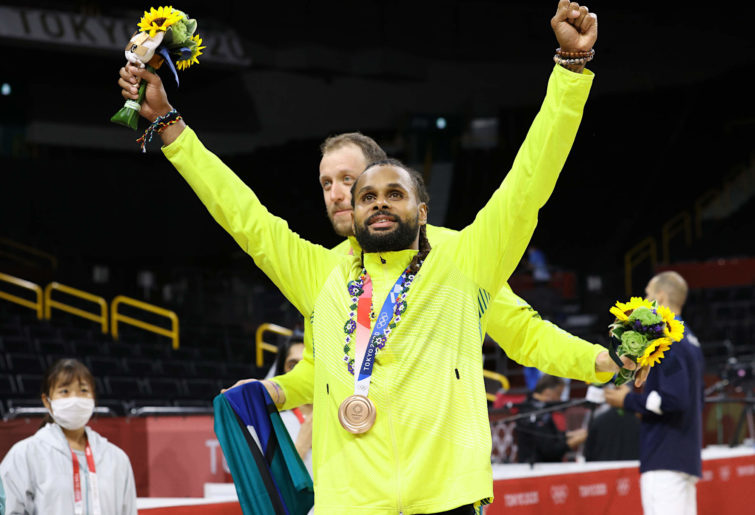 This medal is more than just a piece of engraved metal attached to a ribbon, it signifies how far passion and heart can take you.

“He was always disciplined, determined, dedicated to his craft,” said his cousin, Luke Currie-Richardson. Mills never shied away from who he was and where he came from; nothing makes Mills prouder than his Aboriginal heritage. He continues to practice and promote Aboriginal traditions and culture.

Donning the green and gold while representing his country and bearing the flag during the opening ceremony in Tokyo is not a privilege he took lightly.

“It’s always hard to truly describe how it feels to put on the green and gold,” said Mills. “The feeling of running out, singing the national anthem.”

It’s easy to forget about where you’re from and who you are while living abroad, but not for Patty. He may have resided in the United States for the majority of his life since 2009, but his love and connection to Australia has never wavered.

His impact on the Indigenous Australian community is felt no matter where he is.

From establishing the Indigenous Community Basketball League, to providing sources of clean water to remote Indigenous communities suffering from droughts, to donating millions of dollars to Indigenous support charities, Patty is an Australian hero who is committed to his people and his roots. 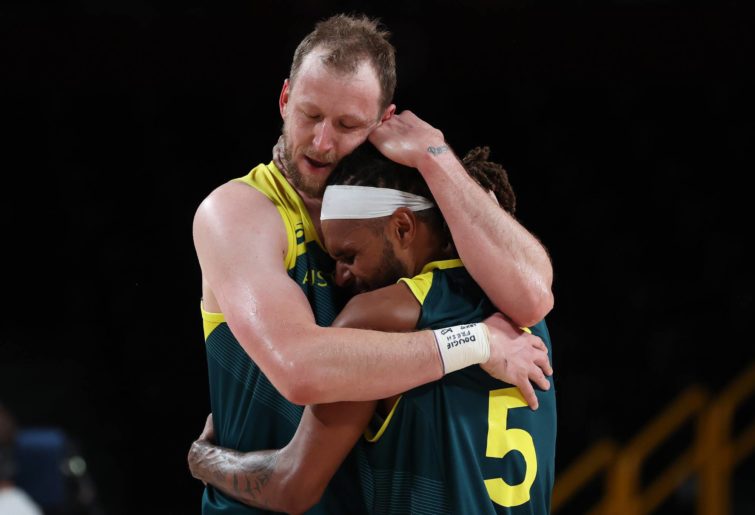 The “heart of a champion” means showing resilience, determination, exemplary work ethic and just raw, unfiltered passion. Mills ticks every one of those boxes.

He never gave up, he kept pushing and after years of hard work and devotion to the game, the benefits were reaped in Tokyo against Luka Doncic and Slovenia.

He was unable to hold back the flurry of emotions. He stood upon the podium with tears running down his cheek as teammate Joe Ingles draped an Olympic medal around his neck. “I don’t know whether to cry, laugh, smile… a lot of emotions,” he said.

It was great for him to do it alongside Ingles, who has been with Mills on the Australian team since Beijing in 2008. They have experienced the ups and downs together, so experiencing this great of a high together after the culture they have built around this program is something they will both cherish.

The ‘FIBA Patty’ moniker was first established in 2008 when Mills made his Olympic debut for Australia, and ever since, he has been dominating on the international stage.

Heartbreak ensued in Rio as the Boomers fell to Spain in the Bronze medal match by just a single point. But Patty didn’t dwell on it, he was focused on Tokyo.

He was the fourth-leading scorer in Tokyo with an average of 23.3, including an incredible 42-point performance to secure the first medal in the history of Australian Men’s basketball.

Patty Mills is all about his culture and where he comes from, he embraces it. He’s proud to be an Australian and after years of hard work and commitment, he will fly out of Tokyo with a medal.

He may be an NBA player, even an NBA champion, but he will always be an Australian Boomer and Olympic medalist at heart.

His legacy as an Australian sporting icon and the best basketball player in the country’s history is set in stone.