A look back at Australia's very successful Tokyo Olympics campaign

After over two weeks of jam-packed action, the (Summer) Olympic flag has been handed to Paris, the Games of the XXXII Olympiad declared closed, and the Olympic flame extinguished.

It is an Olympic Games that many feared would never happen, after the COVID-19 pandemic wreaked havoc around the globe and sent nearly all jurisdictions into lockdown by March last year.

The decision was therefore made by IOC president Thomas Bach to delay the Games by a full 12 months, rather than cancel them altogether as had been the case for three previous Summer Games, which were canned due to World Wars.

Even a month out from the rescheduled Games, there were still some doubts as to whether it would even go ahead, especially after Japan was sent into a state of emergency as the country battled another wave of coronavirus cases.

In order to avoid the virus seeping into the Olympic bubble, most, if not all, events were played behind closed doors, and as soon as athletes completed their events, they would be required to depart the country within 48 hours.

Anyway, let’s get on topic now and look back at what was, without doubt, a very successful Olympic campaign for Australia.

We finished sixth on the medal tally after netting 17 gold medals, six silvers and 22 bronzes, making this our eighth consecutive top-ten finish. 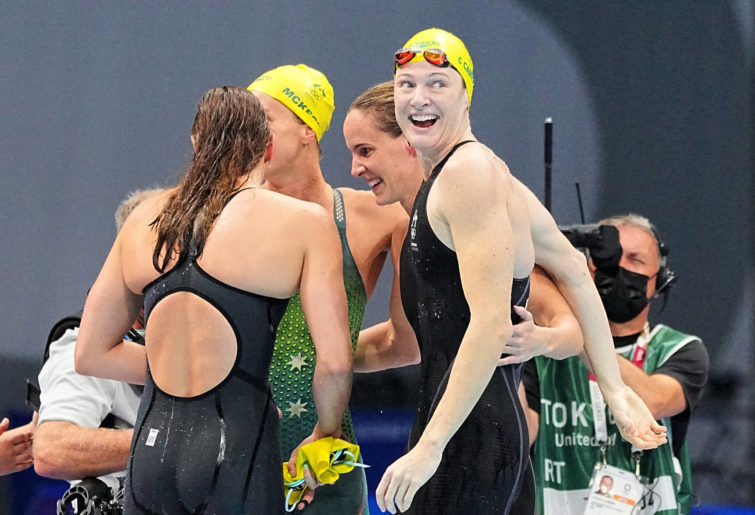 The 46 medals all up is our highest tally since we also won as many medals at Beijing in 2008, and the 17 golds is the equal-most we’d won at an Olympic Games, equal with our effort at Athens in 2004.

It is a huge improvement on our output in Rio, whereby we won only eight gold medals, half of the predicted tally from then-Chef de Mission Kitty Chiller, from a total haul of 29.

Among the highlights included the new golden girl of swimming, Ariarne Titmus, upstaging her American rival Katie Ledecky not once, but twice, including in the 400m freestyle, to win her first two Olympic gold medals.

Titmus’ victory was called superbly by Basil Zempilas in commentary: “To become a legend, you have to beat a legend, and that’s what we’ve seen.”

Emma McKeon claimed seven medals, of which four were gold, and also became the most successful Australian Olympian of all time with five gold medals (she also won gold as part of the 4x100m freestyle relay team in Rio), equal with Ian Thorpe. 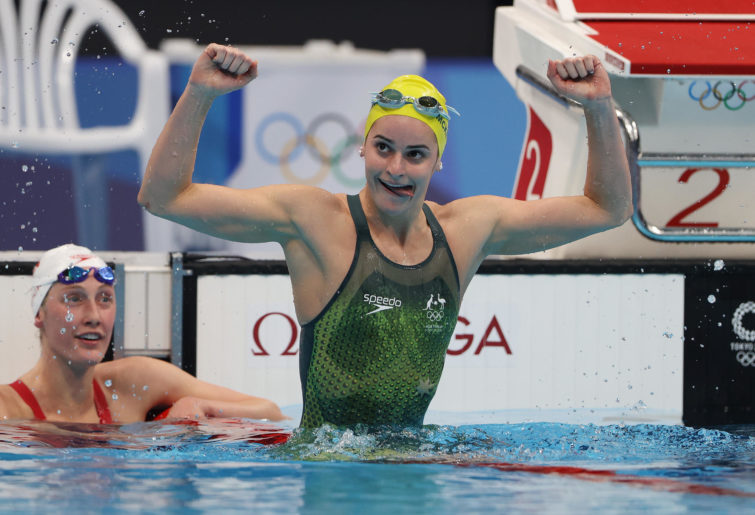 Is there more gold on the way for Kaylee in Paris? (Photo by Ian MacNicol/Getty Images)

All up, Australians won nine gold medals, as well as three silvers and nine bronzes, for a total haul of 21 in the swimming pool. To put that into perspective, the country won only eight gold medals for the entire 2016 Rio Olympics.

BMX freestyle cycling, skateboarding and surfing were among the sports to make their Olympic debuts in Tokyo.

In the former two events, Logan Martin and 18-year-old sensation Keegan Palmer both claimed gold, with the latter virtually sealing the medal with a strong first run that made him uncatchable.

In the surfing event, Owen Wright won the bronze medal, but the more-fancied Steph Gilmore and Sally Fitzgibbons both failed to even advance to the medal rounds.

Our two sailing gold medals were both won with a race to spare, with Matthew Wearn needing only not to crash out to claim his in the men’s laser event, while the pairing of Mathew Belcher and William Ryan won theirs in the men’s 470 event.

In tennis, Ashleigh Barty suffered an upset first round loss in the singles, but she and John Peers did manage to win the bronze medal in the mixed doubles component on a walkover after the Serbian pairing of Nina Stojanovic and Novak Djokovic withdrew.

One feel-good story to come out of the Games was the inspirational performance of Peter Bol in the men’s 800m event on the athletics program; despite leading halfway through the race, he ended up finishing fourth, thus missing out on a place on the podium.

For the second straight Games, there were no gold medals in the athletics, with our final medal being won by Nicola McDermott who won silver in the high jump; she had previously won a bronze medal at the Commonwealth Games on the Gold Coast three years ago. 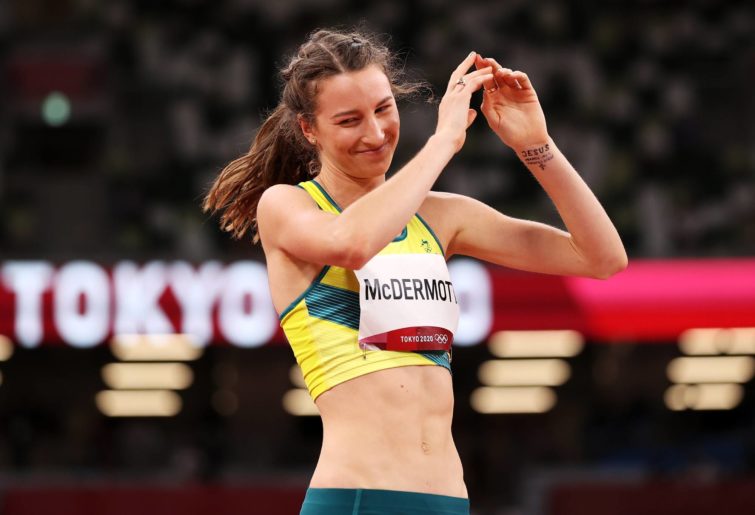 As far as team sports were concerned, there were no gold medals, with the Kookaburras just falling short of a first gold medal since Athens 2004 when they lost to Belgium in a thrilling penalty shoot-out in the men’s hockey competition.

The Matildas lost to the USA in the bronze medal match of the football competition, while the Boomers claimed their first medal in basketball thanks to a strong win against Slovenia in the third-place playoff.

For a fifth straight Olympic Games, the Boomers fell foul of the powerful United States side, which went on to win its seventh gold medal in its past eight Games, dating back to Barcelona in 1992.

However, they had proved themselves as formidable opposition, going through the group stage undefeated while they did lead 45-42 at halftime in the semi-final against the Dream Team before capitulating in the second half.

The Opals, who were without Liz Cambage after she withdrew from the campaign citing mental health concerns, also fell to the US team in the quarter-finals and thus missed out on the chance to play for an Olympic medal. It was the second straight Games in which this had occurred.

These were just some of the Australian highlights to come out of Tokyo, where the country, under Chef de Mission Ian Chesterman, produced a much better performance than when it did in Rio where they won only eight gold medals from a total haul of 29.

With Tokyo being only one hour behind the eastern seaboard, the Seven Network experienced massive television ratings not seen since at least the Beijing Summer Olympics in 2008, also providing a boost in Sydney which has been locked down since June 26.

While the Summer Olympics may be over for another three years (in normal circumstances it would be four years, but these Games were delayed due to the COVID-19 pandemic), there is still the Winter Olympics to look forward to in six months’ time, as well as the Commonwealth Games in Birmingham, which begins in less than 12 months.

With Beijing hosting the Winter Games, it means the Chinese capital will become the first city to host both a Summer (2008) and Winter Olympic Games (2022).

Some of the venues that were used for the 2008 Olympics, such as the Bird’s Nest and the Ice Cube, will again be used for the opening and closing ceremonies, and the curling events, respectively.

In the short term, it’s now just under two weeks until the Paralympic Games get underway, and the Seven Network has promised extended coverage of the event which is also expected to attract high prime-time ratings, given the timezone.

After all that, the focus will turn to Paris in 2024, and in the longer term, we can also look forward to Brisbane 2032, in which the Olympics will return to Australian shores for the first time since the extraordinary success of Sydney 2000.