With so many Australians in lockdown over the past fortnight, the country needed something to lift its spirits. And the Tokyo Olympics did just that.

From the pool, to the track, and everywhere in between, our Aussie athletes have done us all proud and brought joy to millions of lounge rooms across the country.

Here are my top ten moments of the 2020 edition of the Olympic Games.

1. Boomers make history
“For everyone before, for us, and for everyone who is yet to come.”

Sixty-five years in the making and agonisingly close on countless occasions. Finally, the Boomers claim their first medal at an Olympic Games.

And all led by Patty Mills. Our flag bearer and national treasure. The first man in Olympic basketball history to have 40-plus points in a medal game, in an all-time great Australian sporting performance.

Has to be number one. 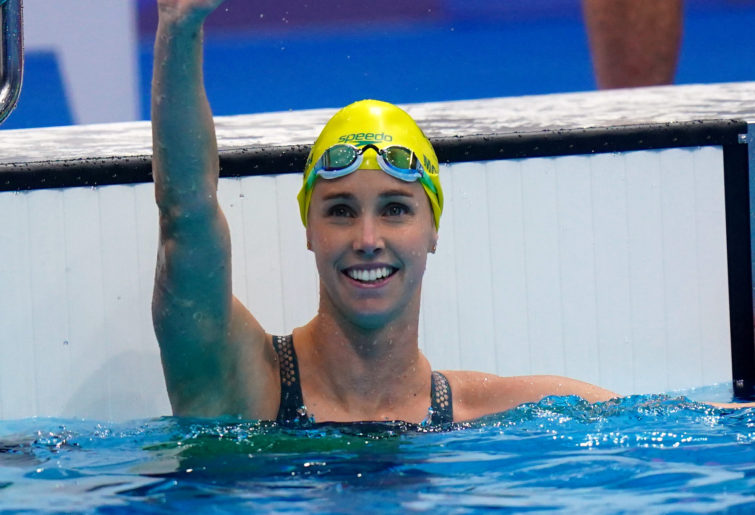 The equal most medals ever won by a woman at one Games and becomes Australia’s most decorated Olympian in history with ten medals. Winning the 50/100m freestyle golden double for a girl who started off as a 200m swimmer and was a major part of four different relay teams.

Likely the greatest individual Olympic campaign this country has ever seen.

3. Titmus beats Ledecky
The most hyped-up event leading into Tokyo and the Women’s 400m freestyle lived up to the billing. Ariarne Titmus sat just behind Katie Ledecky for most of the race and powered past her on the final lap, with coach Dean Boxall’s iconic reaction mirroring that of millions around Australia.

As called by Basil Zempilas, Ariarne beat a legend, and in doing so, became one herself.

Two silvers and bronze across three campaigns before finally clinching her long-awaited gold medal in the women’s C1. Her dad, Richard, commentating his daughter as she controlled a nation’s worth of pressure and expectation to achieve a childhood dream. A truly heart-warming moment.

5. Peter Bol inspires a nation
In every Olympic Games, there are those performances that don’t receive a medal, and yet can still have an immense impact on an entire nation. Peter Bol was exactly that in Tokyo.

Ever so close to a medal in the 800m final, Bol’s influence on the Sudanese-Australian, and broader Australian community, has been quite extraordinary and will live on far greater than any silverware he could have won. 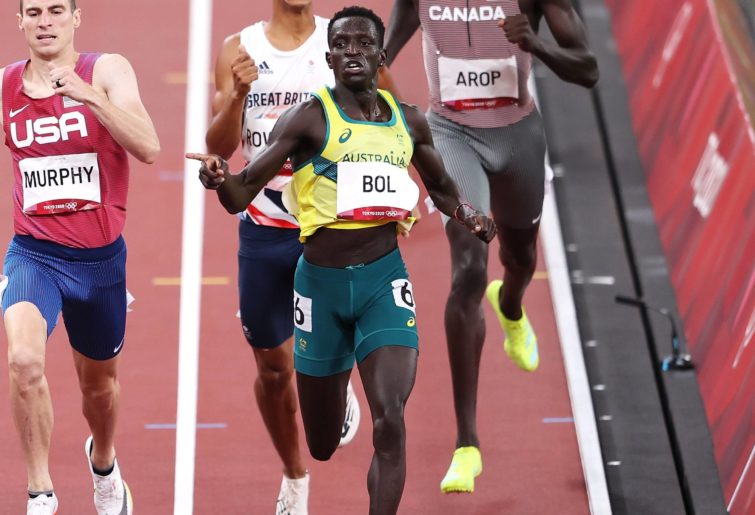 6. Dubler gets Moloney home
The most ‘Aussie spirit’ moment of the entire Olympic Games. Cedric Dubler, who was out of medal contention himself, willed home his mate Ash Moloney in the final event of the men’s decathlon.

Dubler urged Moloney into a 1500m PB, getting him onto the Olympic podium and becoming the first Australian to ever do so in the event.

7. Browning announces himself to the world
One of the more unforgettable moments in Tokyo was the expression painted across Yohan Blake’s face as 23-year-old Aussie Rohan Browning flew past him from lane 1 in the heats of the men’s 100m.

A look Blake undoubtedly shared with many Australians, mixed in with extreme excitement. Possibly the most thrilling 10.01 seconds of the entire Olympics.

8. Cate brings home gold
Carrying the flag has always come with an immense amount of pressure. And that all came in Cate Campbell’s last swim of the campaign, where she anchored the women’s 4×100 medley.

After the tightest of changeovers (0.04 seconds), Cate overcame the US team to claim Australia’s record-breaking ninth gold medal in the pool. 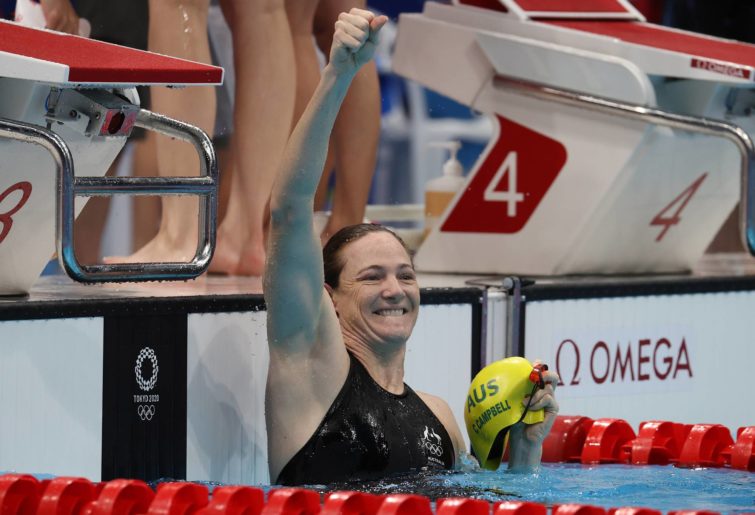 9. Owen Wright wins bronze
A story of resilience that would warm just about anyone’s heart.

Owen Wright, years after a serious brain injury and re-learning how to walk and talk, claimed the bronze medal over two-time world surfing champion Gabriel Medina. His whole journey embodied by a heart-warming beachside celebration with his team.

10. Logan Martin claims inaugural BMX gold
Building a full BMX track in your own backyard may seem crazy at first. But that’s the determination it takes to win an Olympic gold medal.

Throughout his campaign, Logan Martin has inspired thousands of kids and has raised a great deal of awareness for the BMX community in Australia.

Honourable mentions
There are too many incredible moments to include in one list so here are a few that just missed:

Roarers, feel free to share your own top ten below.